A ban on Banksy? Anti-Brexit work at the Royal Academy is on/off limits 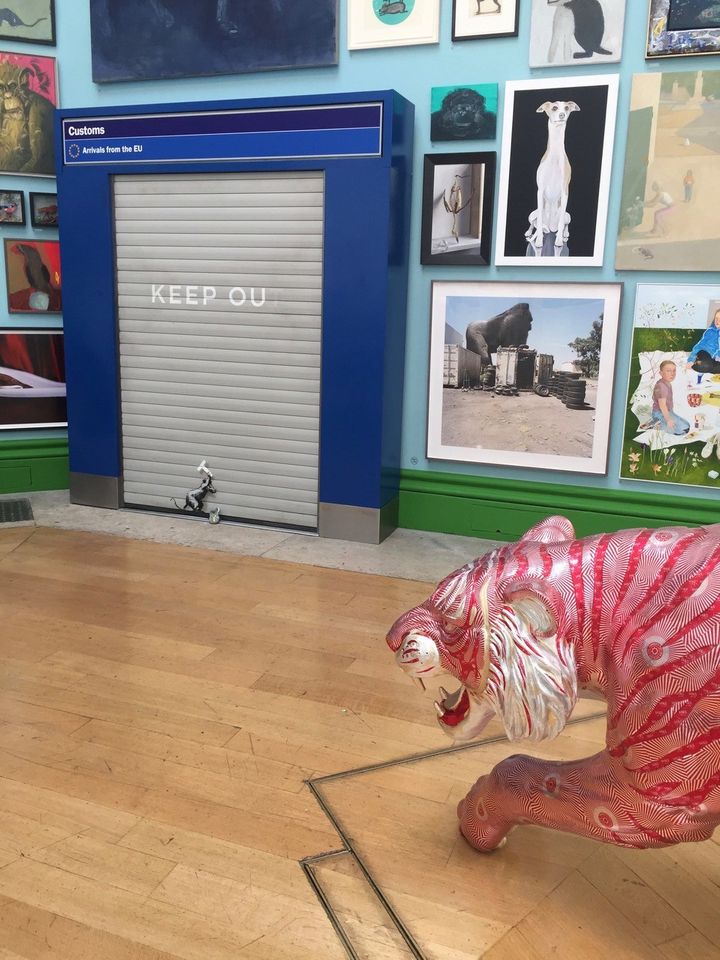 Keep Ou by Bansky at the Royal Academy The Art Newspaper

Has Banksy infiltrated himself into the Royal Academy and added another twist to his Summer Exhibition submission? His Brexit installation, entitled Keep Ou, has pride of place, just near the entrance to this year’s show, which opens on 10 June. According to the catalogue, it is made from “a customs arch salvaged from Heathrow airport, roller shutter and spray paint”. A stencilled rat wielding the letter "T" as a hammer is about to crack open a padlock.

At yesterday’s press view, The Art Newspaper noticed a small “no photography” symbol on the floor in front of the installation. We wondered why Banksy, who shows his graffiti work in public places, would request such a ban? The Academy’s press officer initially advised us that photography was indeed allowed and she was surprised to be shown the sign. We wondered whether Banksy himself, or a representative from Pest Control (his authentication body), had quietly stuck the symbol on the floor to mimic the warnings to queuers at Heathrow’s passport control. The sign, we learn, has since been removed (phew). Banksy might have been annoyed, although the Academy’s addition only added to the authenticity of his anti-Brexit statement.