From Team BAM, a rousing sendoff for a Next Wave creator 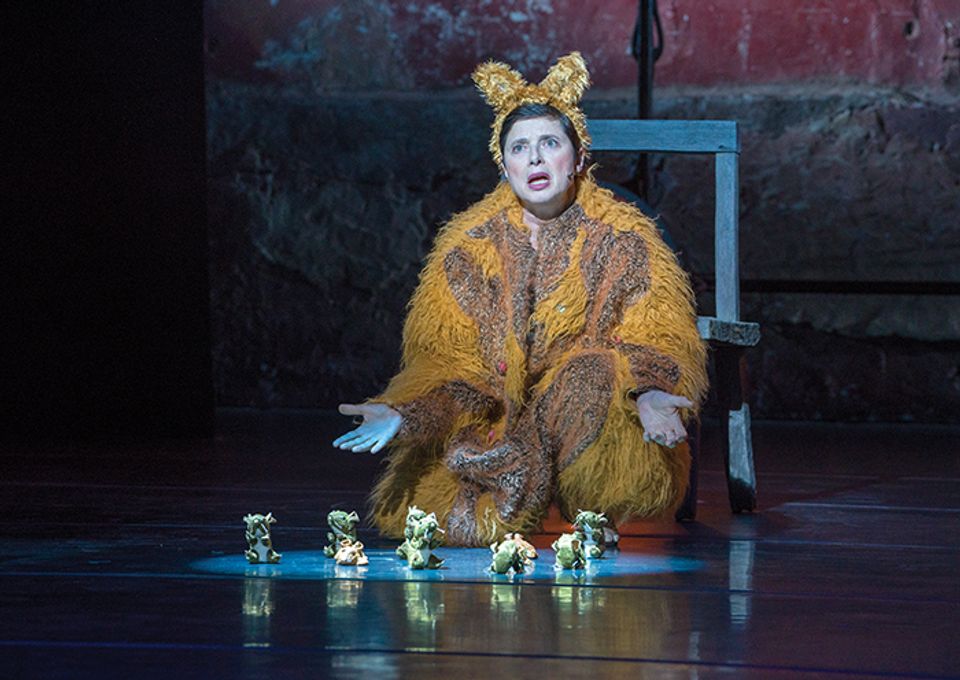 One of the best arguments for keeping America’s doors open is the Brooklyn Academy of Music’s Next Wave Festival. (If only there were no reason to debate the point.) Since 1983, this dynamic three-month performance festival has imported creative forces from around the world in presentations that otherwise would have left New York a poorer place.

Audiences have Joseph V. Melillo, Next Wave’s founding producer, to thank for introducing them literally to thousands of evenings of avant-garde theater, dance, music, poetry and more. He is now retiring, and on Thursday (13 September) BAM’s board and staff gave him a worthy and affectionate sendoff at the Harvey Theater, named for the late Harvey Lichtenstein, the academy’s visionary longtime president and executive producer.

Before a family audience—academy trustees, friends, artists, support staff–the Brooklyn Youth Chorus began the show with the world premiere of a gorgeous new composition by the Pulitzer Prize-winning David Lang, a BAM mainstay.

Another is the theater director Robert Wilson, who might still be working out of a loft in SoHo if not for academy productions that both predate Next Wave and have supplied its history with several high points. On this evening, Wilson appeared onstage with a starry crew that included Jeremy Irons, Isabelle Huppert, John Turturro and a hilarious Isabella Rossellini. Seated first in chairs from Wilson’s private collection, each of eight performers rose to give voice to monologues from past Next Wave performances.

This section, orchestrated by Wilson (who squawked a tribute of his own making), would have been hard for anyone to follow, but the evening’s producer was the seasoned Pomegranate Arts, and it had the perfect segue on tap. An amazing short film, directed and edited by the independent artist Mitchell Rose, seamlessly knit together 30-second performances in Brooklyn studios and streets by dozens of choreographers—from Karole Armitage, Mark Morris, Elizabeth Streb and David Dorfman to Stephen Petronio, Bill T. Jones, Ralph Lemon, Eiko & Koma, Susan Marshall and Meredith Monk—all favorites of Next Wave audiences.

The depth and breadth of its programming was by then lost on no one, particularly Melillo—“Joe” to everyone present—who took the stage to compliment his collaborators over the years and his predecessor, Lichtenstein, whose dictum was: “Always follow the artists.”

At that point, the curtain rose on Laurie Anderson, who brought the Brooklyn Youth Chorus back onstage with four other musicians to perform a full-bodied O Superman, the track that made her a surprise rock star in the 1980s.

How do you wind up a tribute like this? In true BAM style, Daniel Bernard Roumain appeared in a box seat high above the stage to play a composition on electrified violin that I have to say was actually electrifying. Then came the heartwarming finale, which brought a procession of current and former members of Team BAM, clearly dressed to kill, across the stage to perform an expressive bit of hand choreography by one of Next Wave’s greatest, Pina Bausch. Each displayed varying degrees of grace and skill, but their valour only made the gesture more poignant.

The Next Wave Festival, like BAM itself, is for everyone. Its fall season, Melillo's last before the incoming artistic director David Binder takes over, runs from 3 October to 23 December. Let’s keep those doors open.