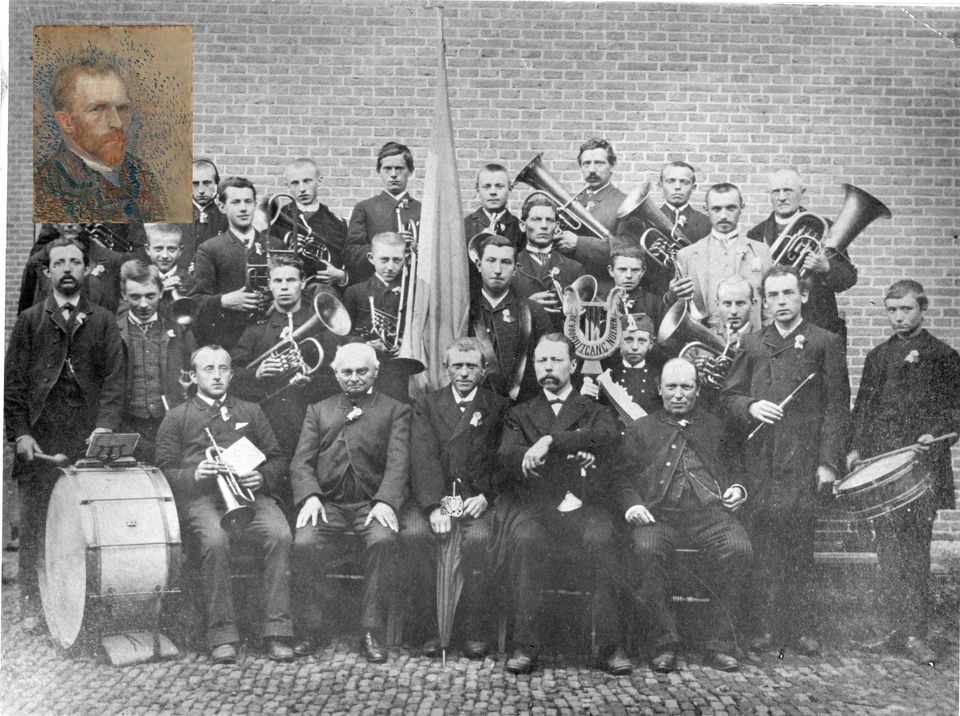 In 1884 Vincent van Gogh helped set up a band in the village of Nuenen, where he was living with his family and developing his skills as an artist. His name has been discovered among the 68 honorary members who established the musical group known as Harmonie de Vooruitgang (Harmony of Progress).

The band, which would sometimes march through the village streets, gave their first performance at a golden wedding celebration in March 1885. At that time they had about 30 musicians, with mainly brass instruments. 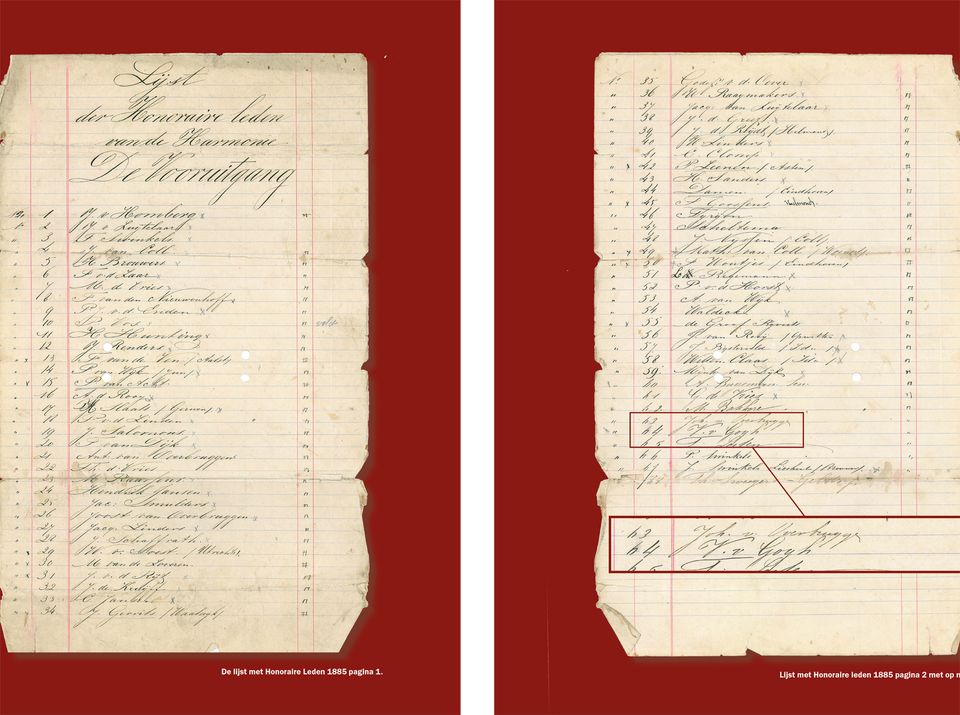 Register of honorary members of the Harmony of Progress band, with “V. van Gogh” as number 64, 1885 © Brass Band Nuenen archive

It is now very rare to uncover fresh documentary evidence about the artist’s life, but the 1885 record of the band’s first honorary members lists “V. van Gogh” as number 64. The discovery was made by Arie van Kuijk, an architect and bass trombonist. 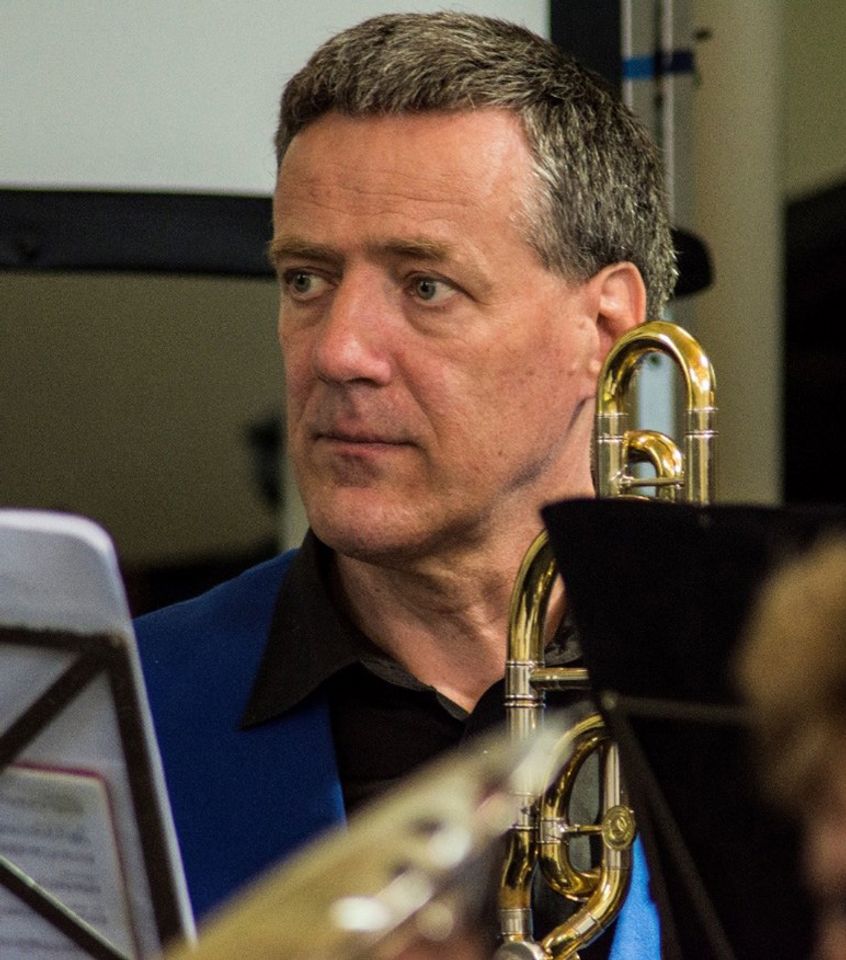 Van Kuijk found the register in the band’s archive, which is housed in the Catholic rectory of Nuenen, now almost a suburb of the city of Eindhoven in the south of the Netherlands. He was astonished to come across the name since so many colleagues had advised that “there is no point in looking for Vincent in the band’s archive because it has been properly checked”.

Vincent lived in Nuenen, then a farming community, for two years, from December 1883 to November 1885. Until now accounts of his stay have suggested that it was marred by scandal. He had an affair with a neighbour, Margot Begemann, and in September 1884 she tried to commit suicide by poisoning herself, but was rescued at the last minute by Van Gogh. The following year the Catholic priest accused him, quite wrongly, of making Gordina de Groot pregnant. She was one of his models and appears in his painting of The Potato-Eaters (April-May 1885), as the woman towards the left.

The discovery of the register is significant because it suggests that the image we have of Van Gogh as “an outsider” in Nuenen may be something of a myth. As Van Kuijk points out, honorary members of the band were supposed to be “reasonably well-to-do and of impeccable behaviour”, putting him “in the upper echelon of Nuenen society”.

Honorary band members were obliged to make financial contributions twice a year. Vincent is always seen as impoverished, relying on an allowance from his brother Theo, but he may have been reasonably well off, at least in Nuenen.

Ton de Brouwer, a distinguished expert on Van Gogh’s Nuenen period who helped establish the local Vincentre visitor centre, believes that the artist was probably nominated for membership by Johannes Schafrat, the organist at the local Catholic church.

Although Van Gogh apparently never played in the band, during his Nuenen period he did take piano lessons from Hein van der Zande. In 1912 Anton Kerssemakers, an Eindhoven friend of Van Gogh, recorded his memories. Vincent was “was always comparing painting with music, and so as to get a better understanding of the gradation of tones, he started to take piano lessons with an old music teacher”.

But Vincent did not prove to be a good student. As Kerssemakers added: “During the lessons Van Gogh kept comparing the notes of the piano with Prussian blue and dark green or dark ochre to bright cadmium, and so the poor man thought he must be dealing with a madman and became so afraid of him that he stopped the lessons.”

Three years later Vincent mentioned his efforts in a letter to Theo, saying that in Nuenen he had “made a vain attempt to learn music”, since he strongly felt the connection between the colours in his paintings “and Wagner’s music”. A few years later he wrote to his sister Wil that “one can speak poetry just by arranging colours well, just as one can say comforting things in music”.

Vincent always regretted his lack of success in music: “Someone who can really play the violin or piano is, it seems to me, a mightily entertaining person. He picks up his violin and starts to play, and a whole gathering enjoys it all evening long. A painter has to be able to do that too.”

The band which Van Gogh helped establish in 1885 still survives, now renamed (and with its title in English) Brass Band Nuenen. Van Kuijk has been their bass trombonist for 44 years.