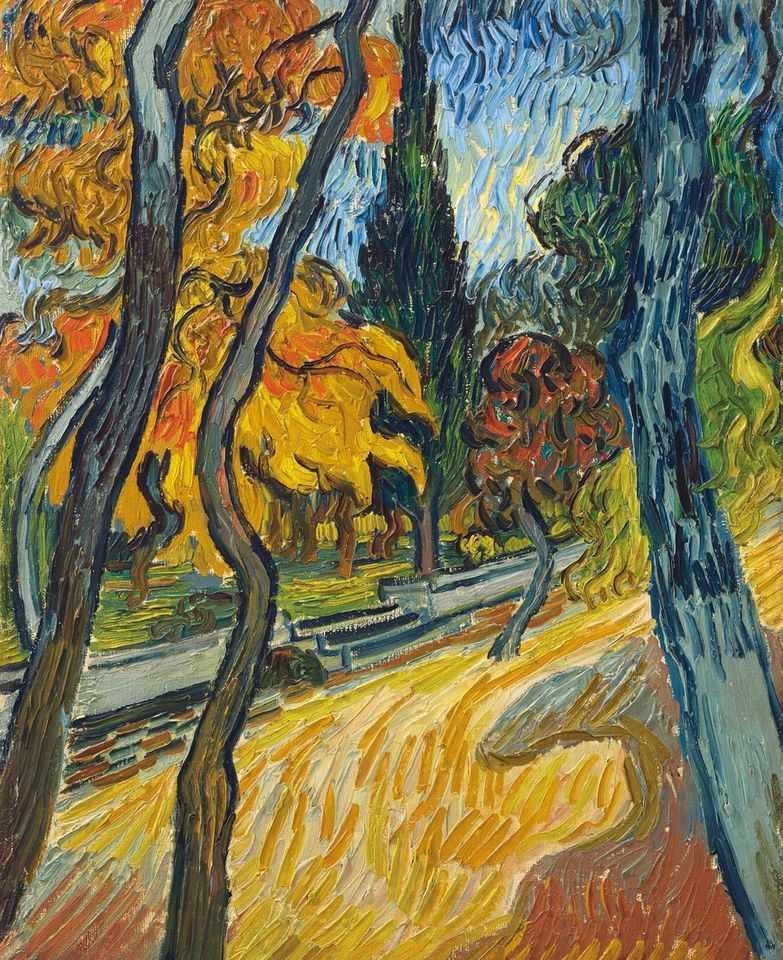 A very rarely seen Van Gogh landscape owned by the media magnate Samuel Irving (Si) Newhouse, who died last October, is to be offered at Christie’s, New York, on 13 May. Arbres dans le jardin de l’asile (Trees in the Garden of the Asylum) has only been exhibited once since 1924, in a show of privately owned paintings held in Lausanne, Switzerland, in 1964. Newhouse, who bought the Van Gogh from the Gagosian Gallery in 2004, hung it in the living room of his New York residence.

Arbres dans le jardin de l’asile was painted at Saint-Paul-de-Mausole in October 1889. Vincent loved the garden, which lay beside the men’s wing of the asylum, telling his brother Theo: “When you receive the canvases I’ve done in the garden you’ll see that I’m not too melancholy here.”

In the picture coming up for sale, the foreground is framed with three cropped pine trunks, in a manner inspired by Japanese prints. Steps lead to a raised area, with an artfully positioned cypress. Barely visible at the back is the wall which enclosed the asylum, preventing the inmates from straying into the outside world. For Van Gogh, the garden offered a peaceful haven; a retreat where he could escape from the most disturbed men and temporarily forget his institutionalised condition.

With its strong colours and stripy brushwork, Arbres dans le jardin de l’asile will appeal to collectors looking for a landscape from Van Gogh’s great Provençal period. It may well go to an East Asian buyer. Although Christie’s has not published an estimate, they expect it to go for around $25m. 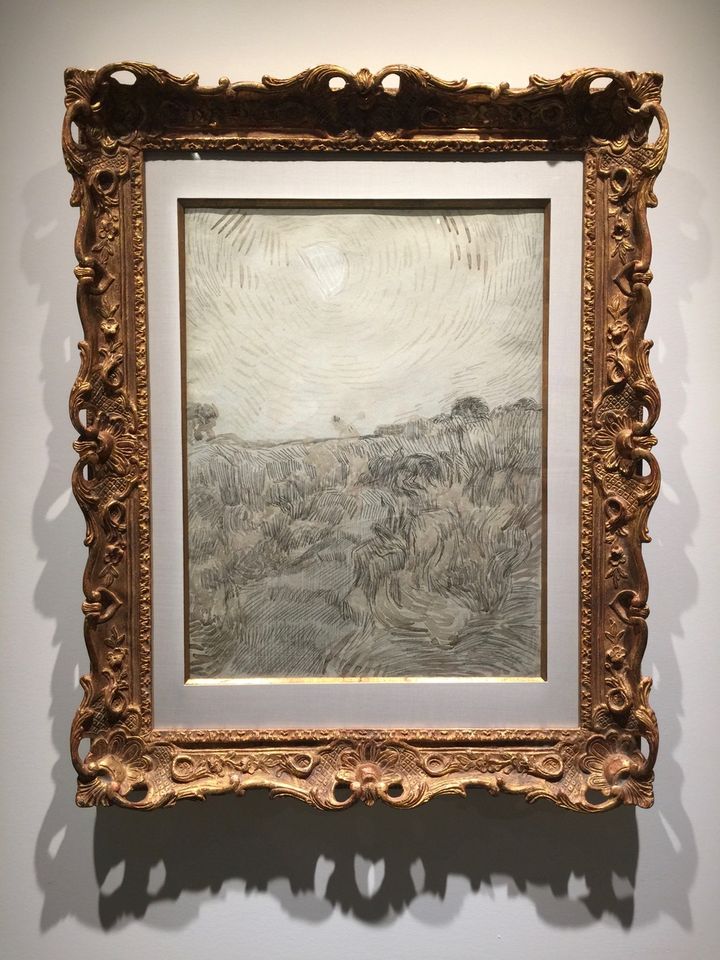 Another Van Gogh coming up for sale in New York, this time at Sotheby’s, will appeal to an entirely different buyer, one possibly with a more scholarly interest in the artist. Evening Landscape with Two Peasants is a work on paper and, moreover, one which has deteriorated from ink which has faded badly—and the ghost-like figures mentioned in the title are now barely visible. The drawing certainly lacks the impact of the garden painting. It comes up on 14 May, consigned by the heirs of the Chicago businessman Martin Gecht, who died in 2005.

Evening Landscape with Two Peasants, an unusually large drawing for Van Gogh, is estimated at $3m-$5m. Had the condition been fresh, it would probably fetch over $10m, an indication of its importance. Although some specialists have believed it was drawn in the Saint-Paul-de-Mausole asylum, Sotheby’s is cataloguing it as dating shortly afterwards at Auvers-sur-Oise, in the last few weeks of the artist’s life. It might appear to depict the sun, but it is more likely to show the moon—presumably with two peasants returning home in the evening after a hard day in the fields. 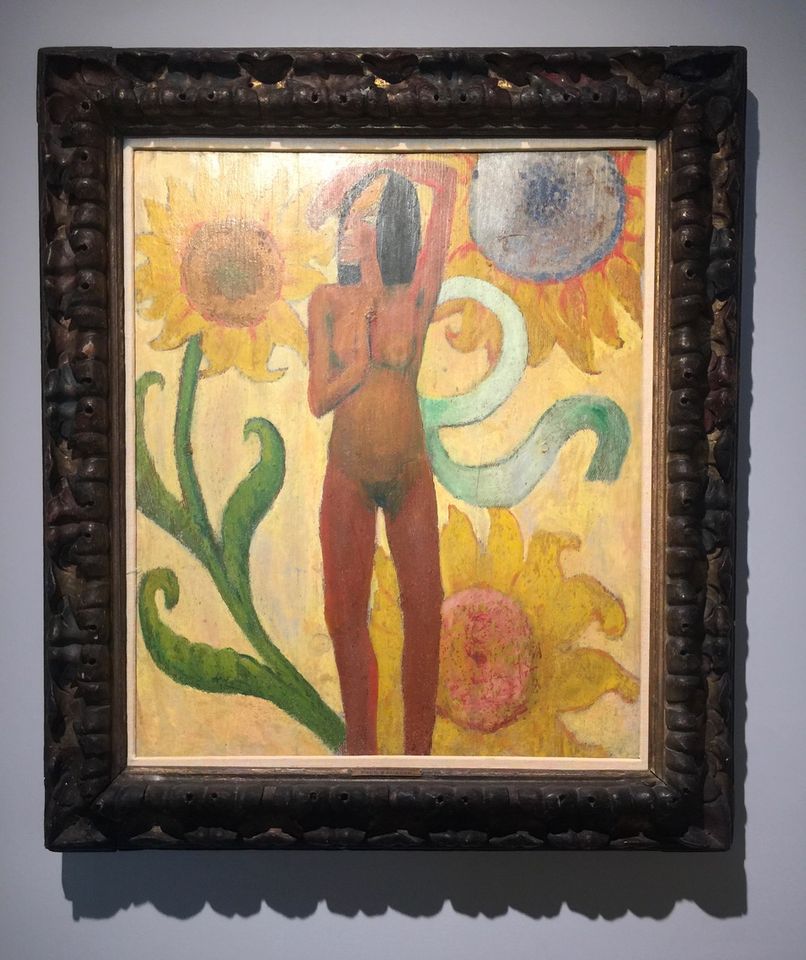 A third work coming up for sale in New York at Sotheby's will also be of great interest to Van Gogh aficionados: Gauguin’s Femme Caraïbe (Caribbean Woman). With three giant stylised sunflowers set against a yellow background, it represents a tribute to the Dutch artist. The picture dates from 1889, some months after Gauguin’s abrupt departure from the Yellow House in Arles, following the ear incident. The nude figure depicts a Gauguin sculpture of a woman from Martinique, where he had stayed in 1887.

Femme Caraïbe was painted on a pine door panel, and was originally part of a set of paintings that Gauguin and his colleagues made for the dining room in the small inn where they were staying in Le Pouldu, Brittany. This decorative scheme was disassembled by 1919. Femme Caraïbe was bought in 1926 by Harry Bakwin, a New York paediatrician who died in 1973, and since then it has remained with his descendants. At the 14 May sale the estimate for this beguiling work is $4m-$6m.