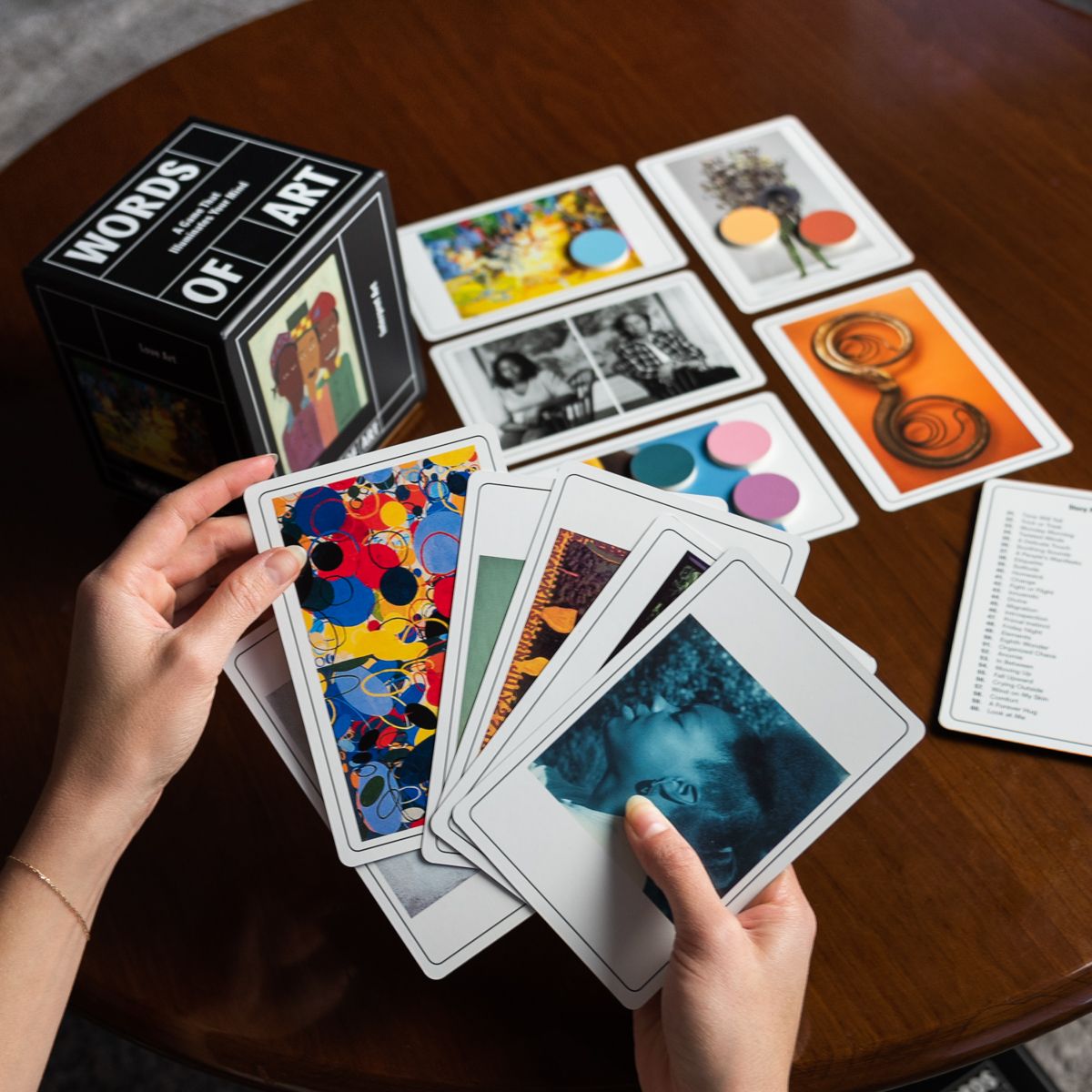 Fancy a game of cards? Catherine Gund, the filmmaker and daughter of the New York-based mega art collector and philanthropist Agnes Gund, has turned her mother’s storied, celebrated collection into a card game called Words of Art. The deck consist of 150 cards featuring works from the Gund collection, including sculpture and painting by Jasper Johns, Pablo Picasso, Andy Warhol, Louise Bourgeois, Sarah Sze, Nick Cave, Teresita Fernandez, Cecily Brown, and more. Rules follow a similar gameplay to “Apples to Apples”—a word prompt is given by one player and works are then placed in play based on their associative power with the prompt. As in art criticism, it’s okay to make creative associations but you have to honour the work of art to keep all players happy. The game has been launched on the heels of Catherine’s documentary Aggie, released last year by her film production nonprofit Aubin Pictures, which tells the story of her mother’s life and work. Agnes Gund is president emerita of the Museum of Modern Art in New York as well as chair of the diversity, equity, and inclusion committee at PS1, MoMA's sister institution.