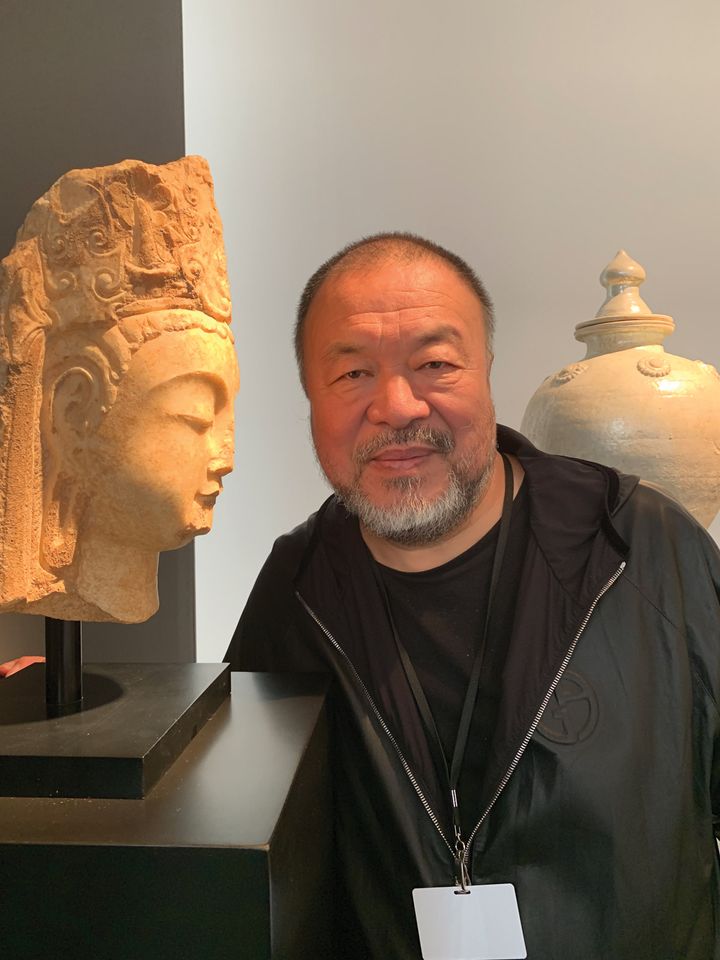 Ai Weiwei was spotted browsing his favourite Frieze Masters stand: Galerie Gisèle Croës from Brussels, which specialises in Chinese arts spanning some 3,000 years. The piece that especially caught his eye was a white marble head of Boddhisattva dating from the Northern Qi Dynasty, when the Chinese started to make Buddhist statues under Indian influence. But while Ai admired the “sincerity of the lines” and compared the “enigmatic curves” of the lips to the Mona Lisa, he did not make a purchase. Perhaps his new home in Cambridge lacks the space for acquisitions? To hear more about Ai’s own work and his view of the unfolding events in Hong Kong, the Amazon and here in pre-Brexit Britain, tune in to our podcast interview airing today.

Mad about the Boy 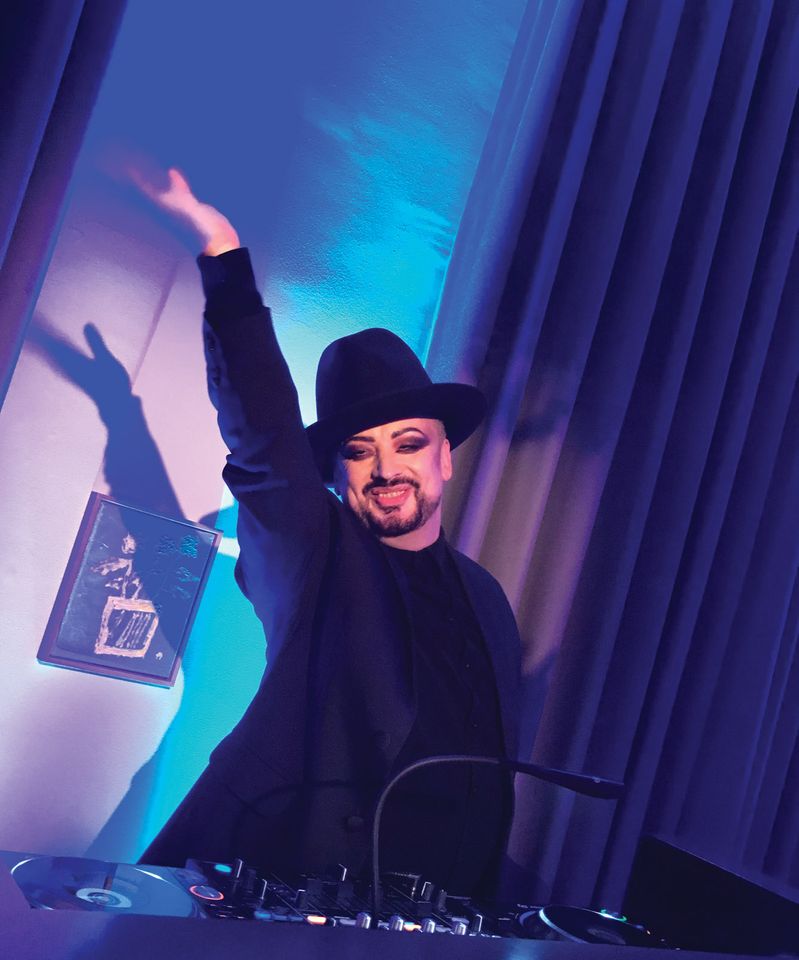 He may have been sipping daintily from a teacup rather than partaking of anything more powerful, but Boy George showed that he had lost none of his ability to get a dance floor heaving when he DJed to a packed crowd at the Arts Club party on Wednesday. Revellers carousing against a backdrop of palm trees and large-scale artworks by Etel Adnan included designer Henry Holland, artists Rana Begum and Conrad Shawcross, gallerists Harry Blain and Vito Schnabel, Frieze Projects curator Diana Campbell Betancourt and Dhaka Art Summit patrons Nadia and Rajeeb Samdani, all of whom showed off their ability to throw some shapes in the middle of Frieze Week. 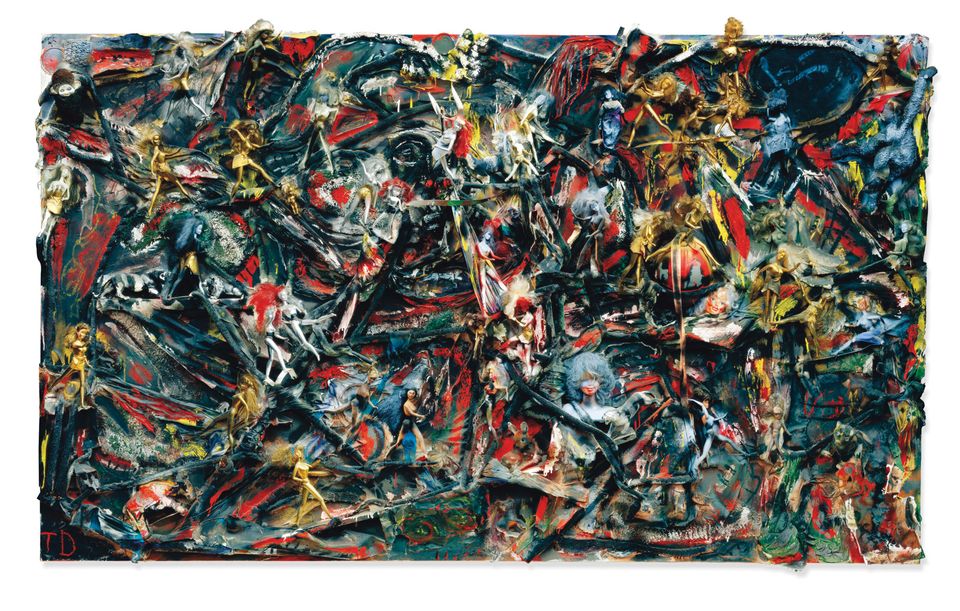 Who knew that Jane Fonda collects in-your-face contemporary art? The superstar actress has consigned an eye-popping work by the late Thornton Dial, Trophies (Doll Factory) (1999), to Christie’s post-war and contemporary auction tonight. The assemblage—estimated at £160,000 to £200,000—is dotted with Barbie dolls, stuffed animals and plastic toys. Fonda explains in a recent film why the provocative piece appeals. “It’s really about how women are trying to prove that they’re not just objects but that they’re strong. The minute I saw it, I said ‘Barbarella’,” she says, referring to the 1968 kitsch epic film in which she played a feisty, feminist space adventurer. Girl Power.

Goodman gets a shift on 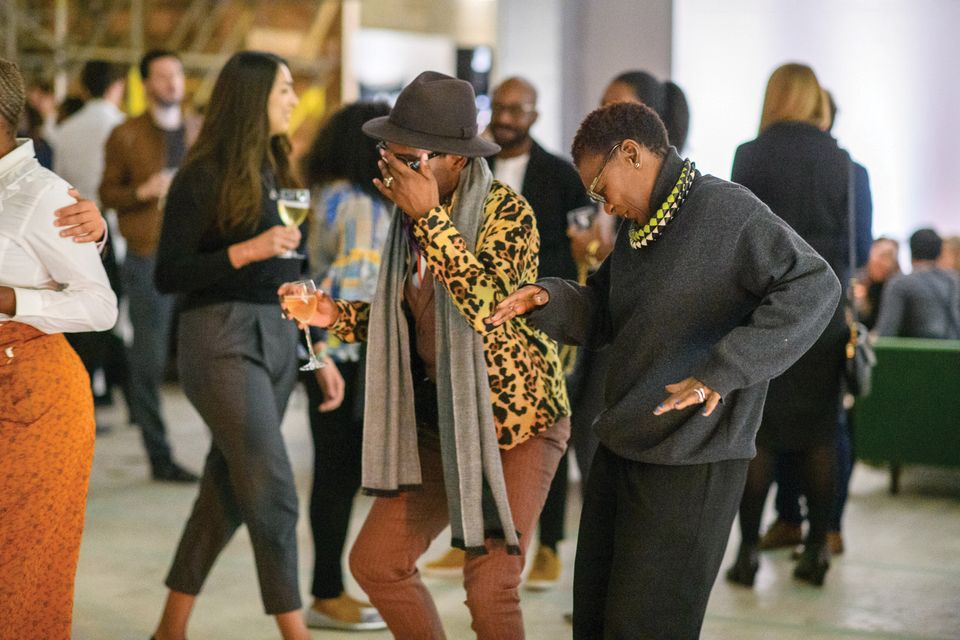 Party people: Goodman Gallery visitors get into the groove at the inaugural show ©Nick Harvey 2019

Johannesburg’s Goodman Gallery can claim a new (art) world record—turning an empty Mayfair venue into a swanky emporium in the fastest time possible. The great and the good of London’s art world, including artists Yinka Shonibare and Lisa Brice, descended on the gallery’s new space earlier this week to ponder the inaugural show I’ve grown roses in this garden of mine (until 2 November). An eminent art critic who shall remain nameless was in awe of the transformation. “I walked past last night and this was largely empty,” he exclaimed. 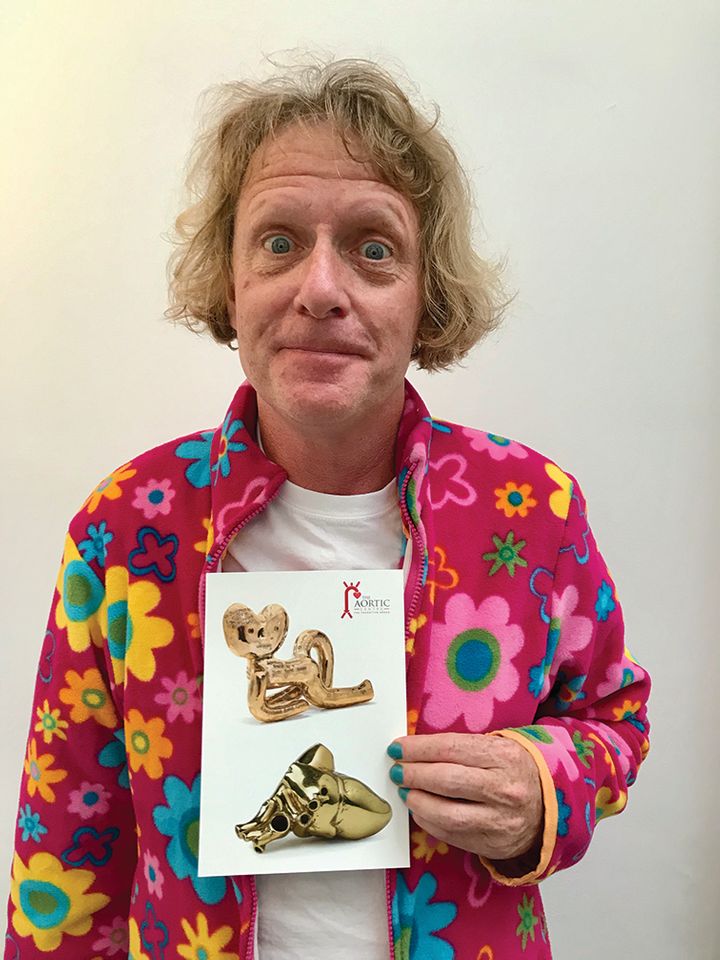 Big-hearted bear: a gilded ceramic sculpture of Grayson Perry’s partner-in-crime will be auctioned for the Aortic Centre Trust Courtesy of Louisa Buck

Grayson Perry may be satirising the hand that feeds him with his show Super Rich Interior Decoration (until 20 December) at Victoria Miro gallery, but the art world’s favourite transvestite potter is also supporting a cause that is literally close to his heart this week. His gilded ceramic sculpture of his childhood teddy Alan Measles is one of 12 works donated by artists—including Jeff Koons, Anish Kapoor and Sarah Lucas—to Sotheby’s contemporary day sale today to benefit the Aortic Centre Trust. Perry says that watching Jullien Gaer—one of the trust’s founders—performing open-heart surgery ten years ago was “one of the most moving experiences of my life”, although with characteristic wit he also likens it to “sewing prosciutto at the bottom of a bucket”.