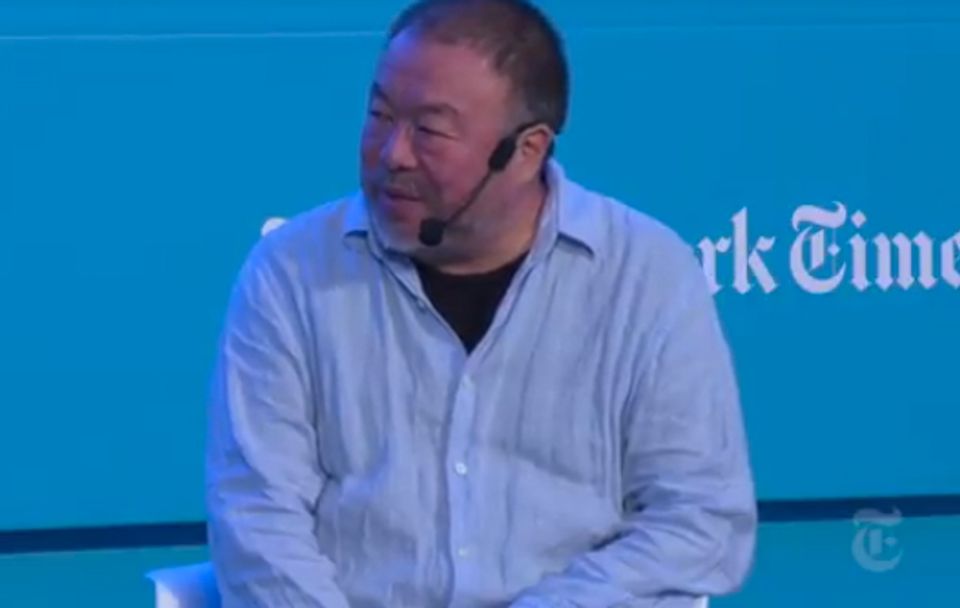 Ai Weiwei said rumours are always based in truth when confirming rumblings that he plans to move back to the US, where he lived from 1981 to 93, at a talk yesterday (18 September) at the Athens Democracy Forum 2018. The Chinese artist, currently based in Berlin, spoke with the New York Times op-ed columnist Roger Cohen on subjects ranging from the refugee crisis to recognising the humanity of his interrogators during his 80 days in a secret military prison in China. When the topic turned to his move, Ai said he is heading to New York—upstate, that is, on a “fine piece of land”—where his young son, Ai Lao, can be educated in English. Cohen asked Ai why he is choosing a rural life, and not an urban one in his erstwhile home, New York City. “New York City is quite exciting, but not for the old men like me,” he said. “We walk too slow on the street, you know.”