BlogAll in the detail

All in the detail: masterpieces up close

Continuing on from our spot the difference puzzle last month, we set you a new challenge to identify these garden-themed paintings from detailed portions of each

With summer in mind, we set our readers of the June print issue a visual test by choosing details from four paintings with a garden theme. Below are the enlarged portions followed by the original paintings. 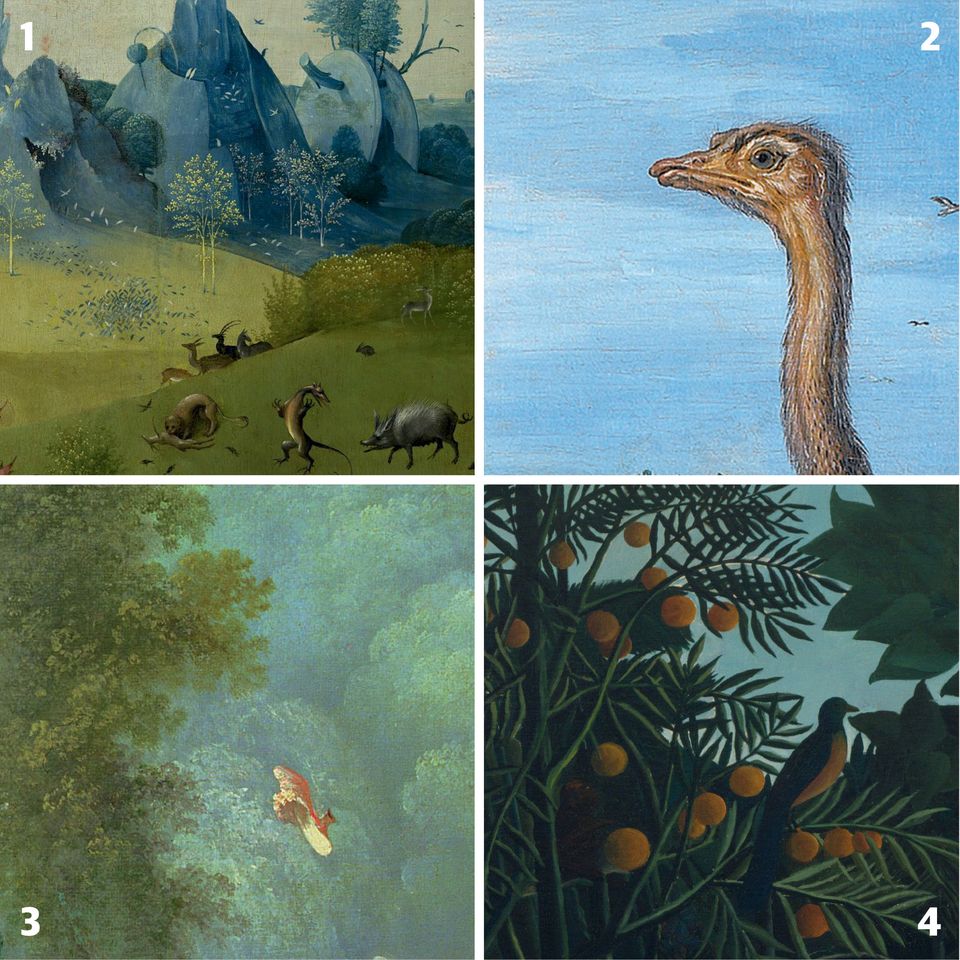 Did you manage to work out all four? The Garden of Earthly Delights is a triptych oil painting on oak panel painted by the Early Netherlandish master Hieronymus Bosch, between 1490 and 1510. It has been housed in the Museo del Prado in Madrid since the year 1939.

2. Peter Paul Rubens and Jan Brueghel the Elder, The Garden of Eden with the Fall of Man (1615) The Garden of Eden with the Fall of Man is a painting by Peter Paul Rubens and Jan Brueghel the Elder. It is housed in the Mauritshuis art museum in The Hague, Netherlands. The painting depicts the moment just before the consumption of the forbidden fruit and the fall of man. The Swing, also known as The Happy Accidents of the Swing, is an 18th-century oil painting by Jean-Honoré Fragonard in the Wallace Collection in London. It is considered to be one of the masterpieces of the Rococo era, and is Fragonard's best known work. 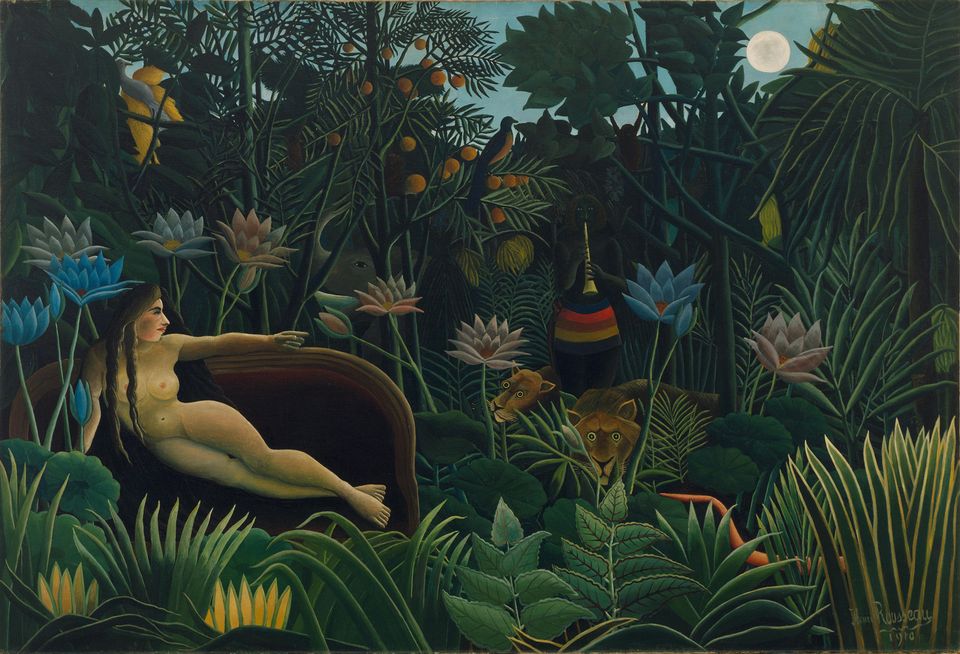 The Dream is a large oil-on-canvas painting created by Henri Rousseau in 1910, one of more than 25 Rousseau paintings with a jungle theme. His last completed work, it was first exhibited at the Salon des Indépendants from 18 March to 1 May 1910, a few months before his death on 2 September 1910.
Appeared in The Art Newspaper, 324 June 2020
More Blog