All you ever wanted to know about Hockney, from the best biography to the artist's “radical” investigations into art history—selected by the critic (and longtime friend) Martin Gayford 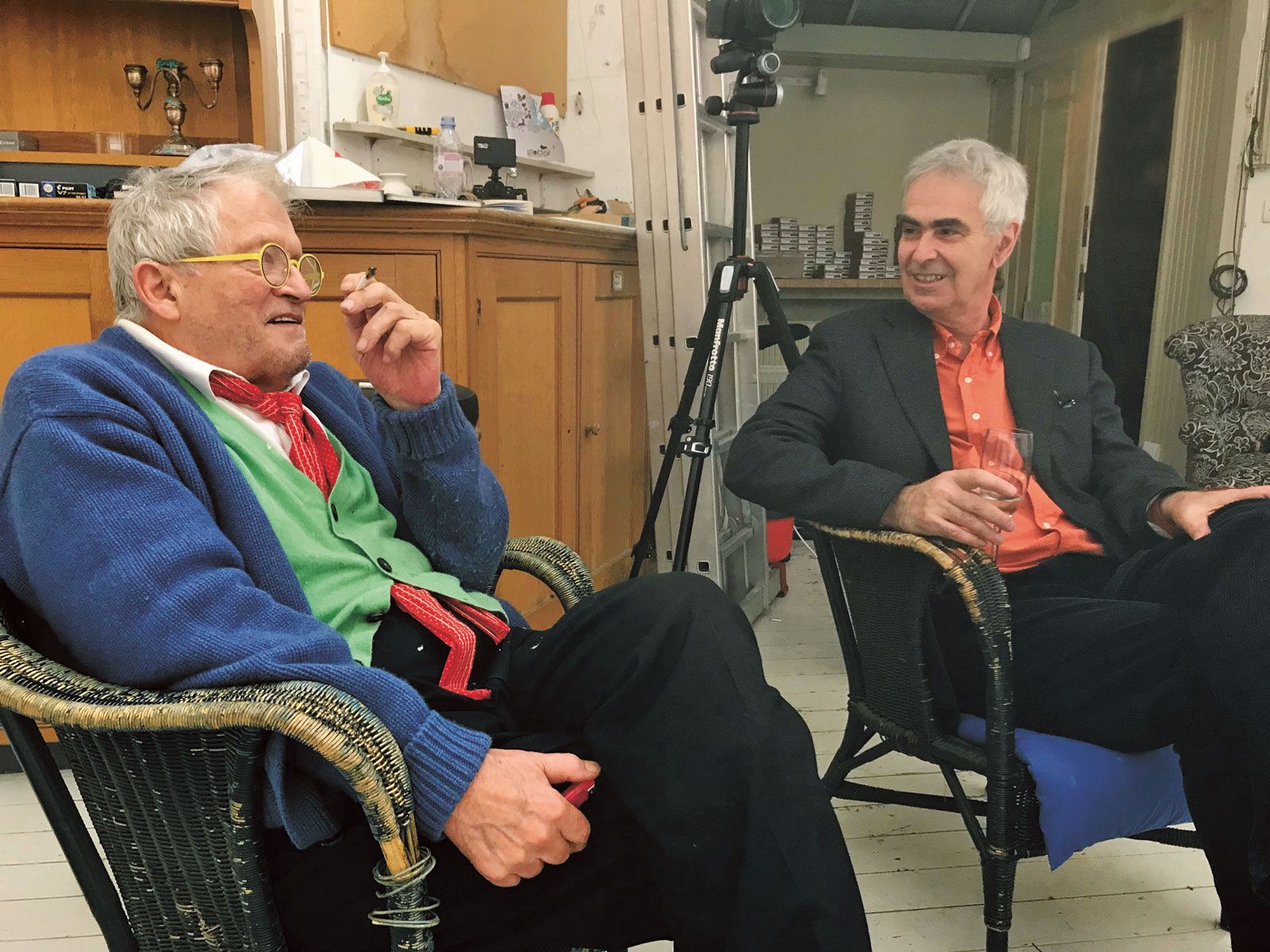 David Hockney and Martin Gayford in the artist's studio in 2018 Photo: David Dawson

“Hockney is an artist who has changed direction, media and idiom repeatedly”

“I’m reading Proust’s Remembrance of Things Past again at the moment,” says David Hockney in a new book of conversations with the writer Martin Gayford. Hockney is not often one for reflection; his usual mode is one of looking forward to new seasons, new projects and experimenting with the latest technology. But Marcel Proust’s great novel about memory and the essence of time is an apt reference in the recently pubslihed Spring Cannot be Cancelled: David Hockney in Normandy. While the book revolves around Hockney’s most recent bodies of work, made after moving to Normandy, it also touches on a vast array of topics from Gustave Flaubert, the Bayeux Tapestry and Claude Monet’s love of bacon and eggs for breakfast, to a chapter devoted to “one of David’s favourite subjects”: the depiction of water and reflections.

Hockney’s new works are due to go on show at London’s Royal Academy of Art next month for the exhibition David Hockney: The Arrival of Spring, Normandy, 2020 (23 May-26 September), while earlier paintings are currently being exhibited alongside pieces by Vincent van Gogh at the Museum of Fine Art Houston in Hockney, Van Gogh: The Joy of Nature (until 20 June).

Martin Gayford is a critic and long-time friend of Hockney’s, having collaborated on several books with the artist. Below are five books he has selected for anyone wanting to know all about the life and work of David Hockney. 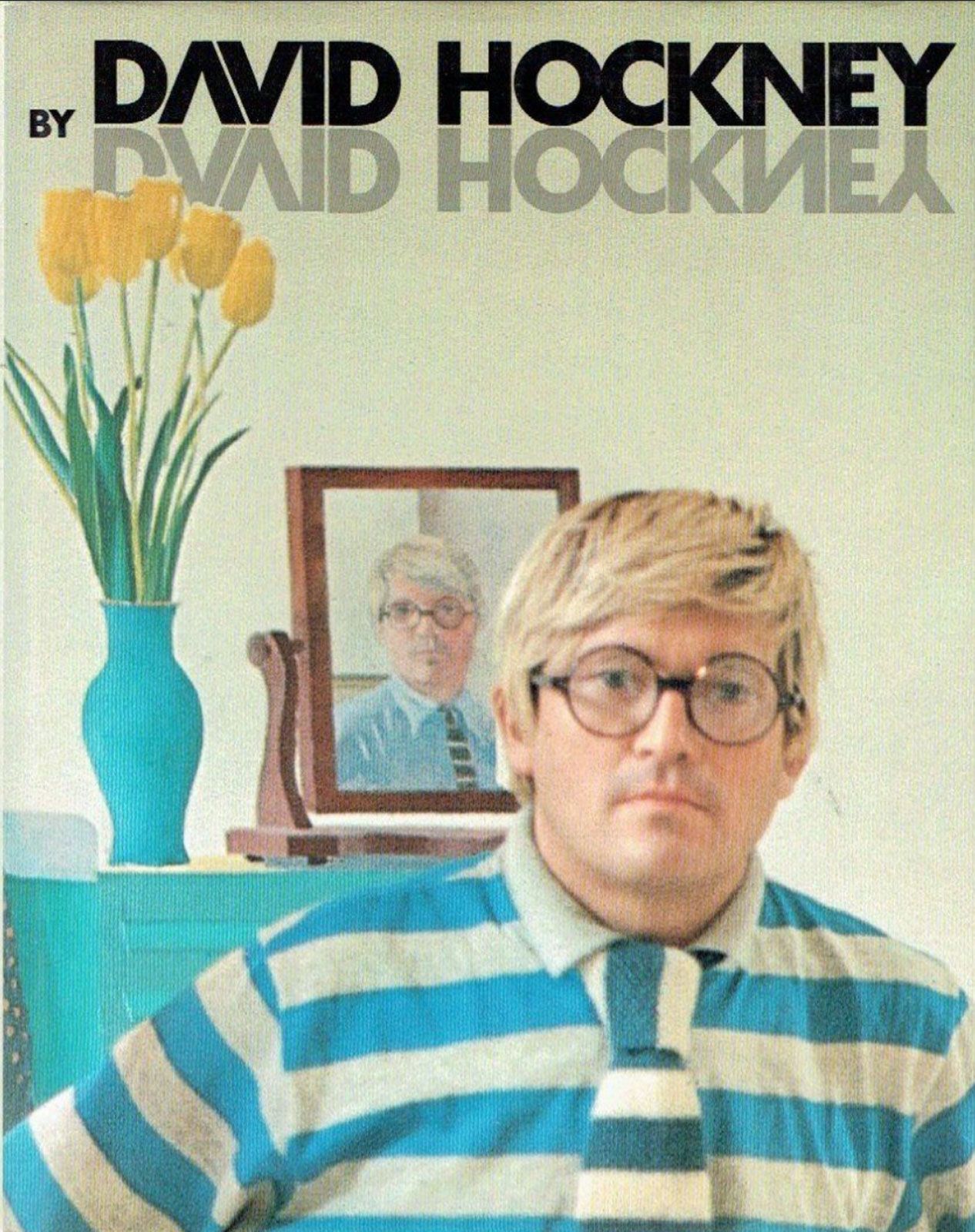 “This early autobiography takes us up to the halfway point in David’s life, describing his childhood, early days as an art student, and his rapid rise to fame and discovery of New York and Los Angeles in the 60s. It ends with an account of his stay in Paris in the mid-70s. This is an artist’s existence seen from the inside, work by work” 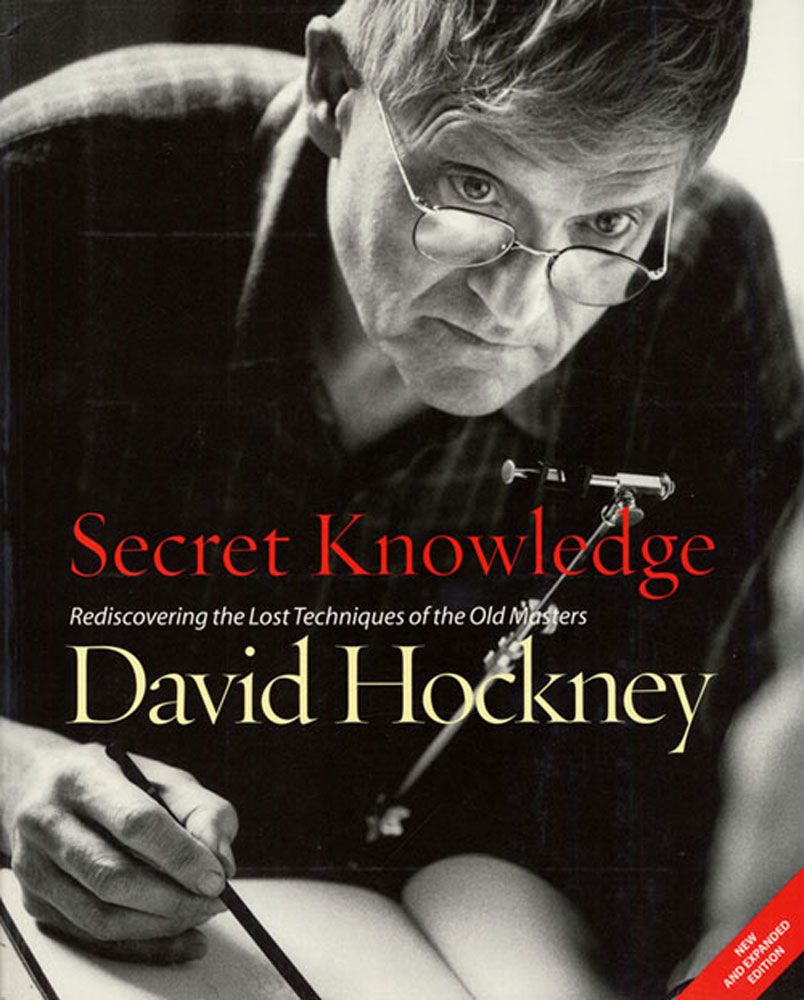 Secret Knowledge: Rediscovering the Lost Techniques of the Old Masters (2001) by David Hockney

“In this book Hockney recounts his investigations into art history. He put forward the idea that optical tools might have been used much earlier and to a greater extent than generally assumed. Pointing out that art historians don’t usually carry out experiments, he went on to do just that. For example, he made pictures in the way Caravaggio, an artist he thought must have been using lenses, might have done. I think it’s an extraordinary thing for a great living artist to investigate art history in this way and come up with radical ideas.” 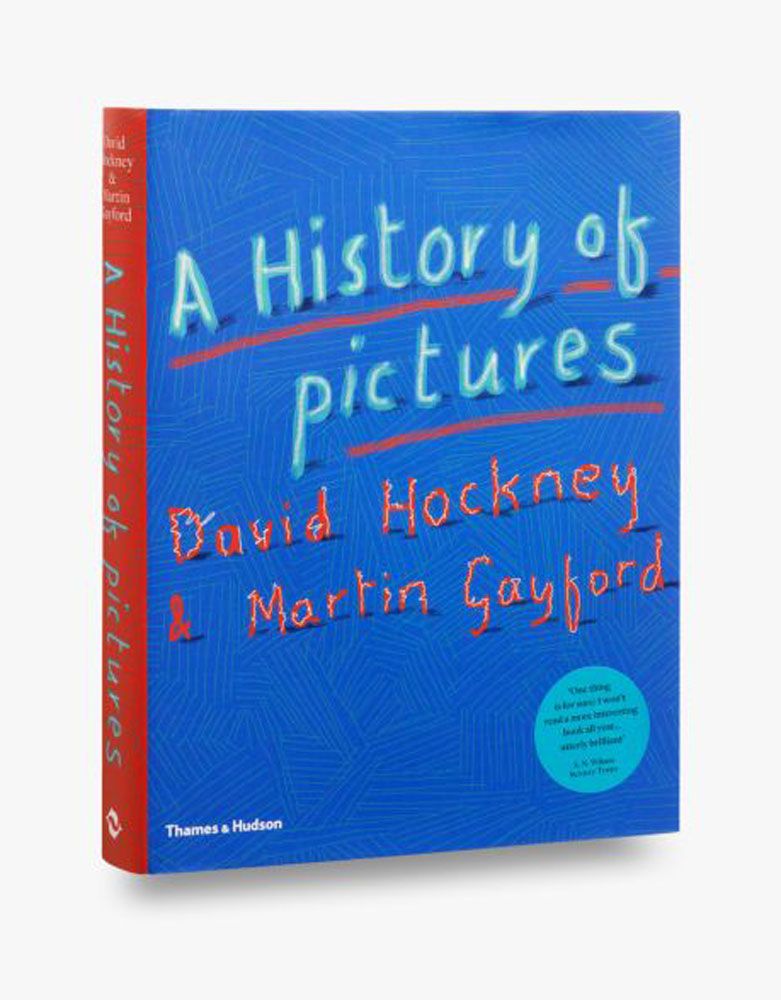 A History of Pictures by David Hockney and Martin Gayford

A History of Pictures: From the Cave to the Computer Screen (2016) by David Hockney and Martin Gayford

“David’s (and my) point in A History of Pictures is that the problems of depicting a three-dimensional world in two dimensions, as a flat picture, are the same all the way from the cave walls of Lascaux to the screen of your smartphone. Therefore painting, photography, and to a considerable extent film, share one history. As David says the camera had existed long before 1839. What happened then was the discovery of chemical methods of fixing the image in a camera obscura, a tool widely used in the 18th century and before.” 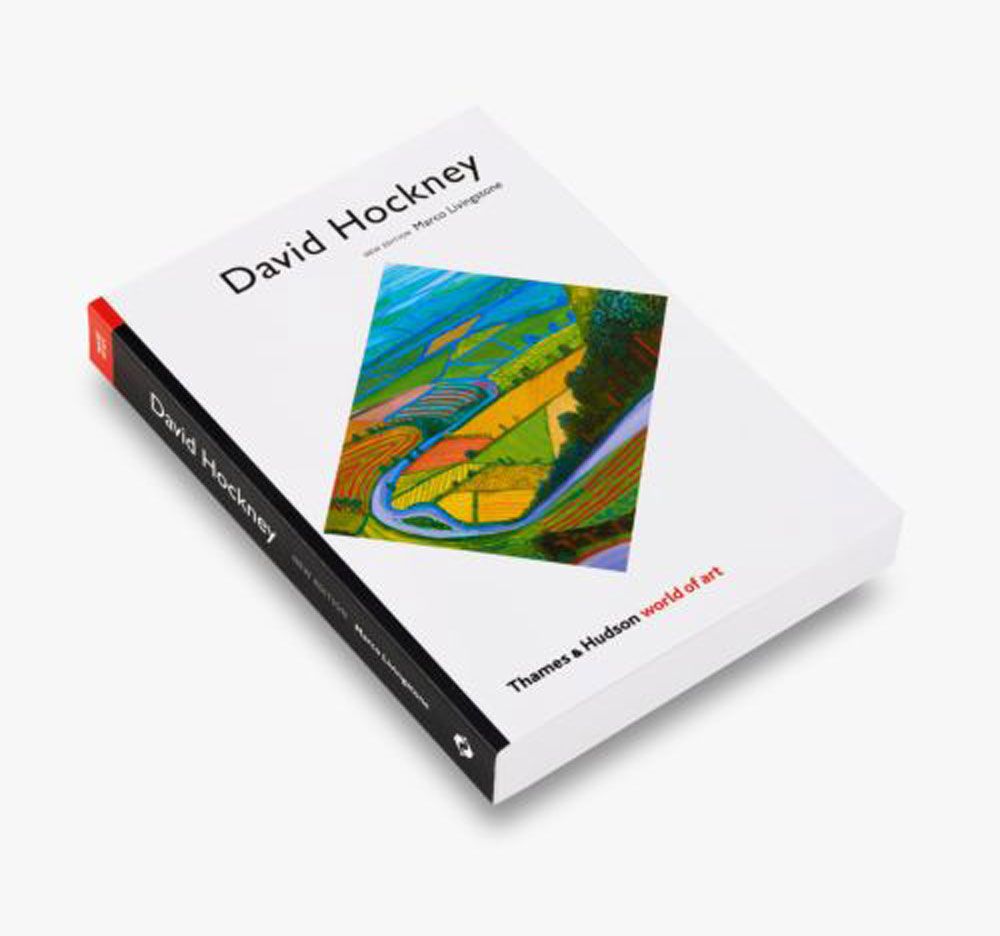 “Marco Livingstone is a great authority on David’s work. He has written extensively on the subject, and this revised study carries the story up to the year of the artist’s 80th birthday. Hockney is an artist who has changed direction, media and idiom repeatedly over time. If you want an overview of the first six decades of his prolific and multifarious output, this is a very good place to start.” 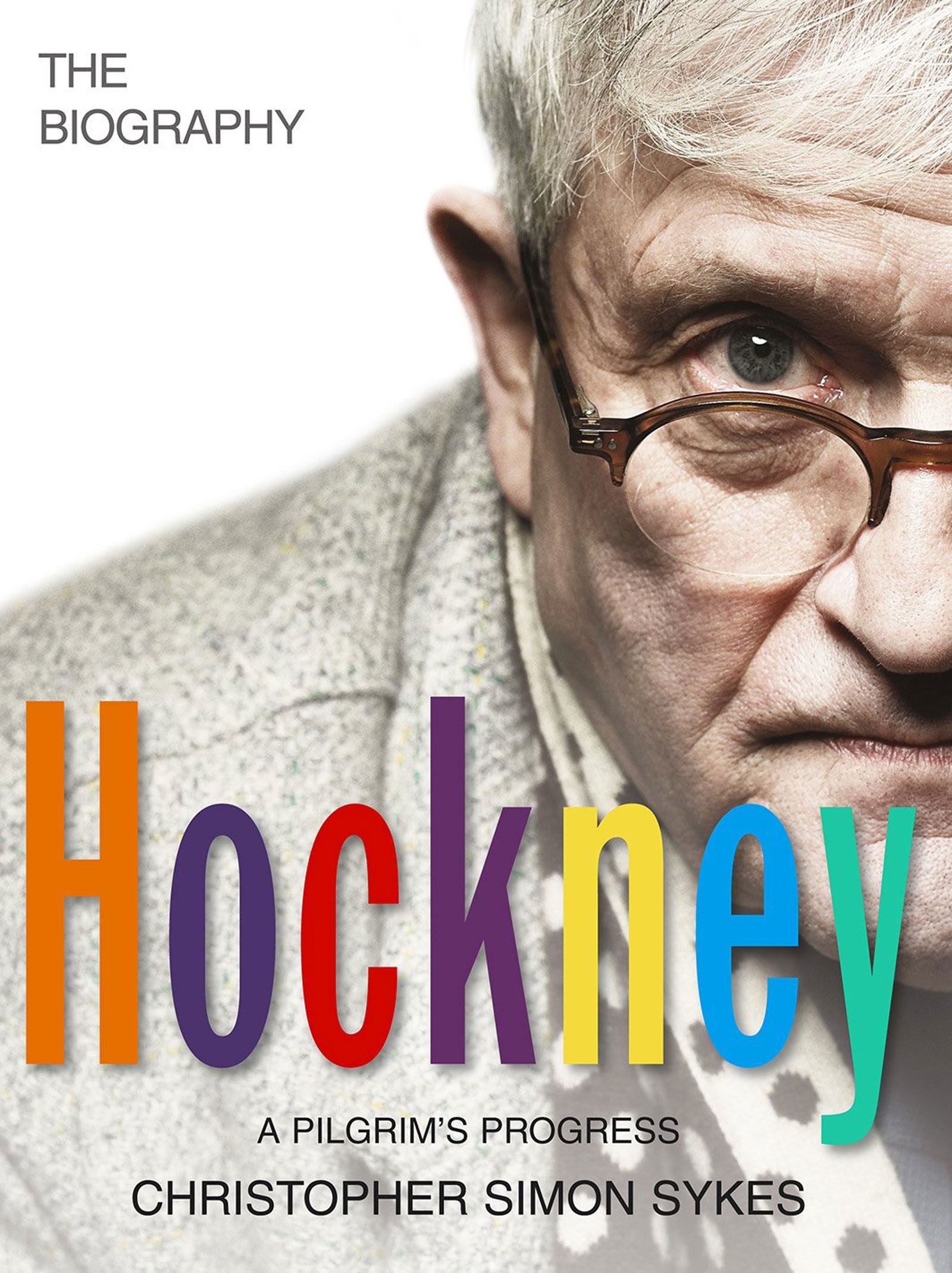 “This is a thoroughly documented biography. The author talked extensively to Hockney, who is frequently quoted, and also to his friends and contemporaries. He also had access to family correspondence. The result is a highly readable account of an extraordinary life, moving from Swinging London and Andy Warhol’s New York, to early 21st century Yorkshire.”