Another brick in the wall: Bosco Sodi brings political performance to London 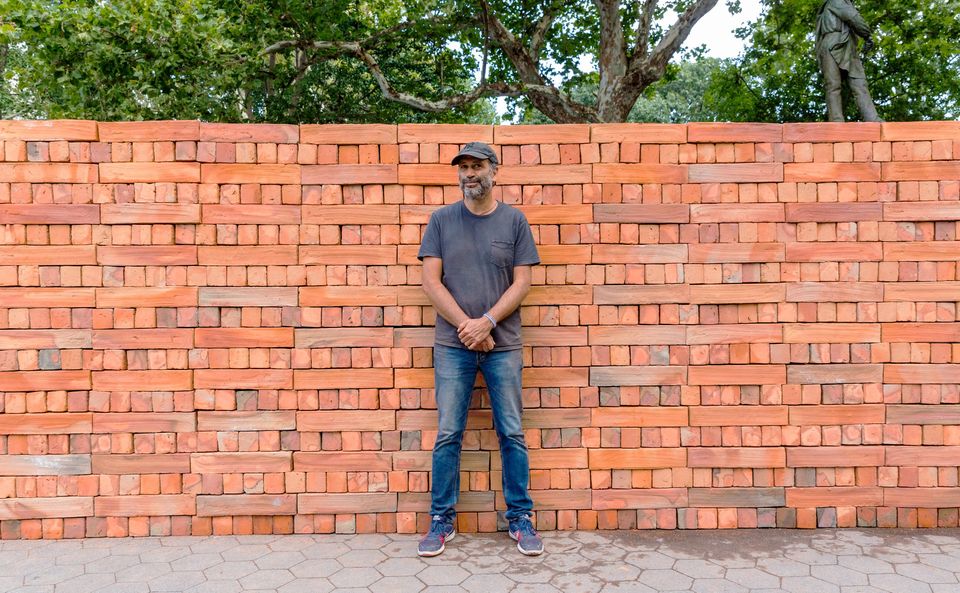 Donald Trump’s border wall, Brexit and ideas of isolation are all conjured in the Mexican-born artist Bosco Sodi’s political performance, Muro, which comes to London this weekend. As part of Art Night on 7 July, Sodi will build an eight-metre long wall next to the National Theatre on the South Bank. Constructed from 1,600 bricks made in Mexico with the help of local craftsmen and each signed by the artist, passers-by will be invited from 6pm to dismantle the wall brick-by-brick and take part of the installation home. Muro was first performed in New York in 2017, in response to Trump’s inauguration. “Things were tense politically,” Sodi told us at the time. “I was talking to eight or nine craftsmen [at his Casa Wabi Foundation] in Oaxaca in Mexico and they were telling me stories about how they wanted to emigrate to the US, but how that’s impossible right now.” So, how will the installation take on different meaning in the UK capital, ahead of Trump’s visit on 12 July? “I would like to think that this is a social exercise to remember that any kind of barrier–human, gender, political–can be dismantled when society gets together,” Sodi says. “In this case, as in the US, it has a lot to do with migration, but also with Brexit. And isolation.”