Plus, a pumped-up Mark Zuckerberg The Unlimited section for super-sized works at Art Basel never fails to make jaws drop, and this year is no exception, with a head-turning performance piece set in a mock casino by the Chinese artist Xu Zhen (Nirvana, 2019). VIPs were mesmerised on Monday by the sight of Xu’s assistants applying coloured sand to a series of roulette tables, slowly filling in the game numbers in the manner of a sand mandala—an ancient ritual used by Tibetan Buddhist monks. “This is about purists and capitalists together,” said a spokesman on the stand. But a spectator standing at the tables rightly sounded a note of caution. “Whatever you do, don’t sneeze,” he warned. Any coughs and splutters could whip up a sandstorm. 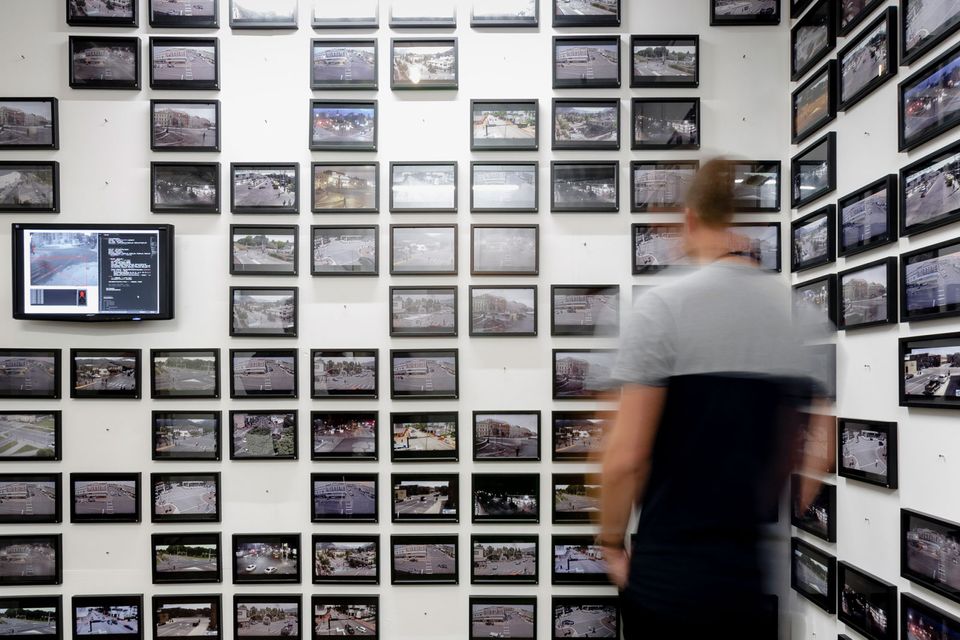 Visitors at Liste Art Fair were literally lifting works off the walls in their rush to bag a bargain from Dries Depoorter’s series Jaywalking Frames (2018) at HeK’s stand. The artist created a computer programme that hacks into CCTV cameras around the world, automatically detects when pedestrians cross the road on a red light, then takes a photo. Each image is priced according to the jaywalking fine of the country where it was taken; there were still photographs around the €20 mark to be had during the fair preview. “The money doesn’t go to the police, it goes to me,” Depoorter said with a smile. Who says that crime doesn’t pay? 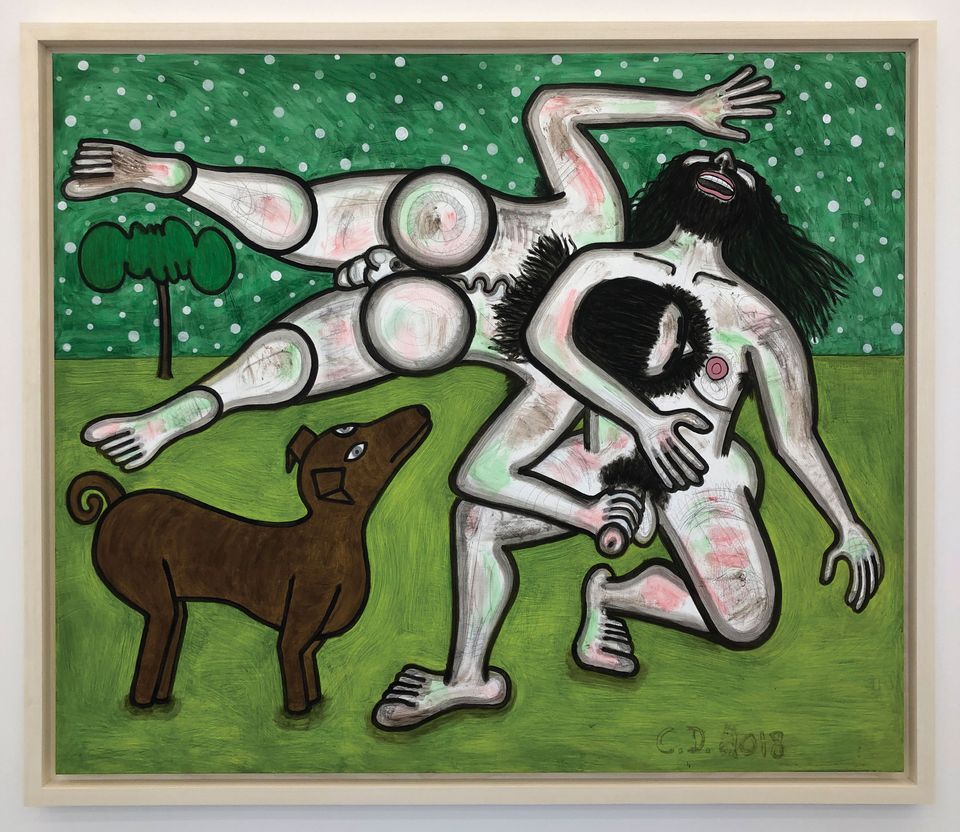 When bromance gets out of hand: Dunham’s new painting Green Evening (2) (2018) Courtesy of Kabir Jhala

From Hauser & Wirth’s show on sexual desire to Monica Bonvicini’s glass penis sculptures at Peter Kilchmann, there was one thing on everyone’s mind at Zurich Art Weekend. This phallic fixation was most notable in Carroll Dunham’s paintings at Galerie Eva Presenhuber, which show two hirsute men wrestling naked, their rounded buttocks and thumb-like members depicted in cartoonish style. When asked how viewers should interpret these homoerotic pieces, Dunham replied that he doesn’t concern himself with what the audience thinks. Right on cue, his wife, the artist Laurie Simmons, came into the gallery and the power couple—the parents of Girls creator, Lena Dunham—disappeared into the crowd. Mark of a man: Miao’s hand-drawn alternative to a selfie © MadeIn Gallery and the artist

Fed up of Facebook? Tired of Twitter? Instagram making you feel like your life is worthless? Fear not, MadeIn Gallery’s stand at Liste has the answer: Hardcore Digital Detox (2018). The installation and website by the Chinese artist Miao Ying ironically offer an “online retreat for people who are addicted to the internet”, says the gallery director Alexia Dehaene. The artist suggests helpful ways of limiting your internet use, such as placing your VPN (virtual private network) in China, so that your browsing is subject to its Great Firewall. The undoubted star of the stand is a “selfie” of Facebook supremo Mark Zuckerberg as a buff bodybuilder clutching a couple of unicorn horns. Rather than reaching for your phone to snap a selfie, the work, Analog Art-Uni&hunk#6 (2018), encourages you to spend time drawing your better self, just like Zuck. 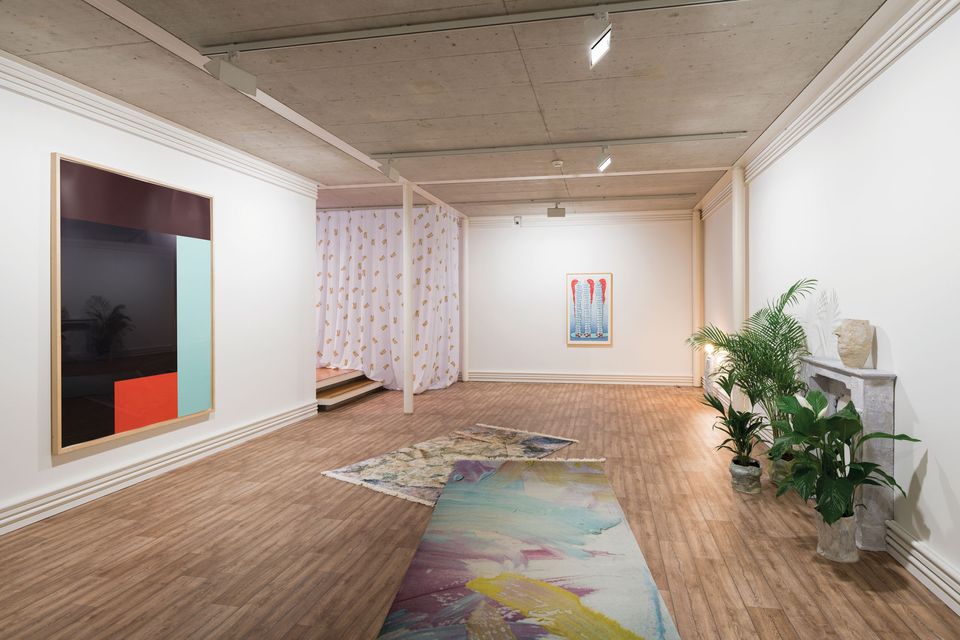 Who needs furniture when you have fabulous art? Kenny’s installation at the Kunst Raum Riehen Photo: Viktor Kolibal

The title of a quirky new show at the Kunst Raum Riehen in the grounds of the Fondation Beyeler says it all. If I Was A Rich Girl (until 30 June) is the fantasy scenario of the UK artist Clare Kenny, who has set a plethora of blue-chip works by artists such as Louise Bourgeois and Wolfgang Tillmans, mostly borrowed from private collections, among her own soft furnishings. The project is all about “‘aspirational aesthetics’, a vain attempt at showing supposed wealth and status”, Kenny says. The academic Adam Jasper observes waspishly in the forthcoming catalogue: “What comes out is a kind of pantomime of grotesque wealth, but done in a tasteful way. This suits the city of Basel, which also does a kind of artfully modest performance of having too much money.” Ouch.