Art Basel diary: celebrity-spotting, nimble octopi and a bratwurst that cuts the mustard

Plus, Alvaro Barrington has designs on Notting Hill Carnival 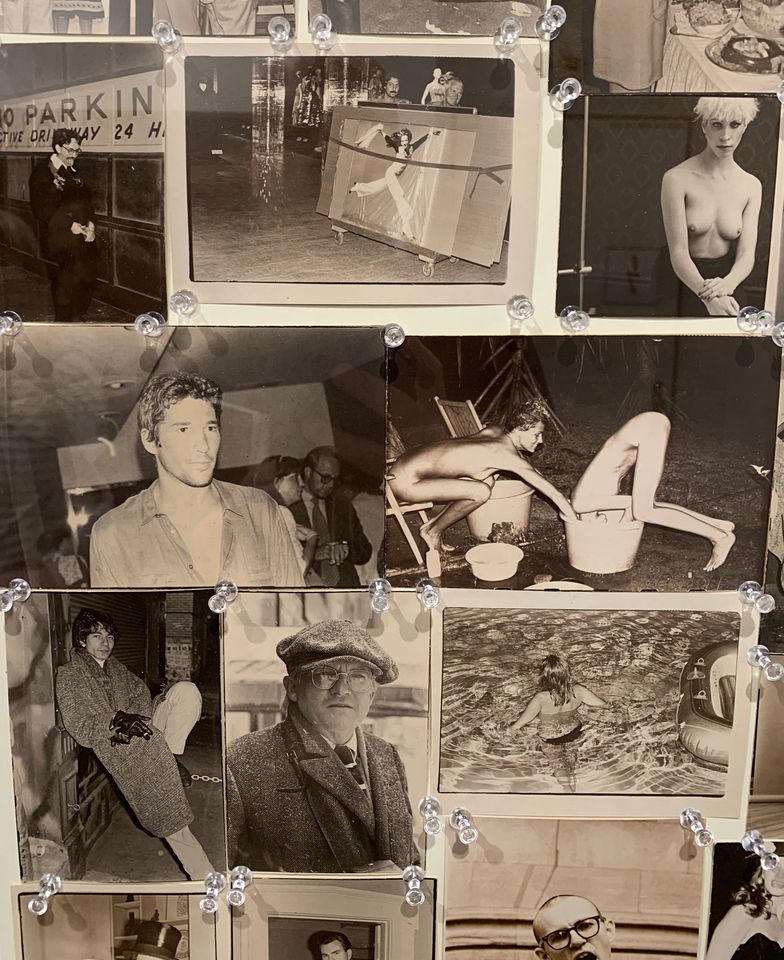 Spot the celebrity: Alan Kleinberg’s lens captured the great and the good in 1970s NYC

Looking at a pair of photographic collages by the US photographer Alan Kleinberg, on show at Howard Greenberg gallery at Art Basel, is like time-travelling to 1970s New York. “Kleinberg’s ties to the fashion world and his expanding circle of friends gave him access to New York’s celebrity nightlife and the downtown scene in hangouts like The Mudd Club and Max’s Kansas City,” the gallery says. Peer closely and you’ll spot youthful movie hunks Richard Gere and Jack Nicholson, fresh-faced artist Julian Schnabel and wrinkle-free rock star Rod Stewart among the mass of personalities caught on camera. “It’s a slice of Alan’s life,” a gallery spokeswoman says. Oh, what a life! 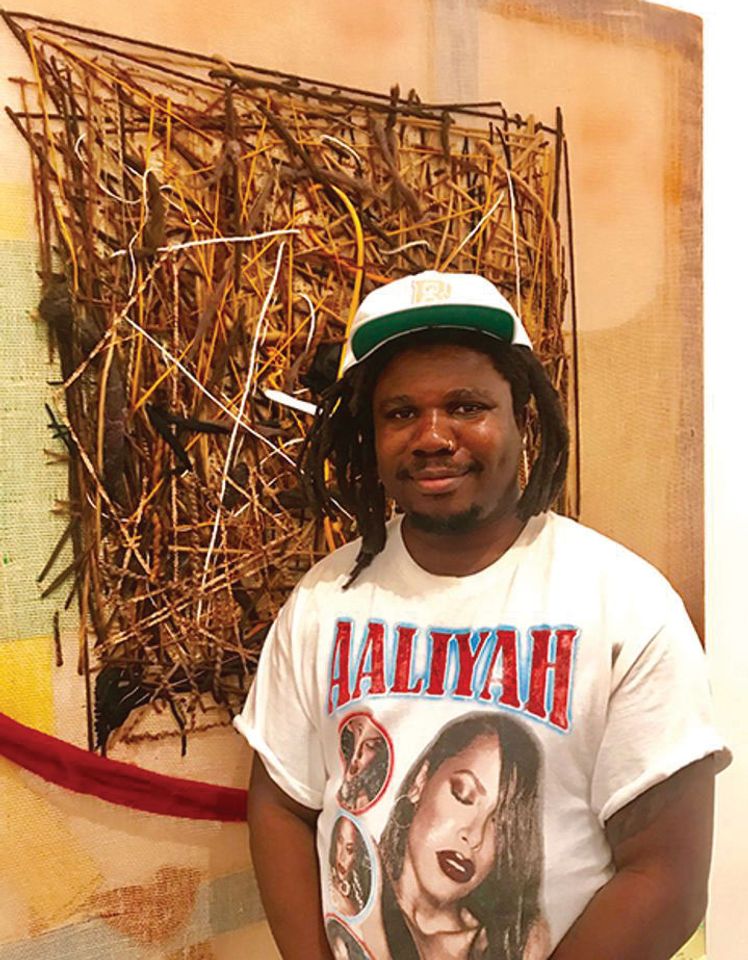 The Venezuela-born artist Alvaro Barrington is throwing himself into the spirit of the Notting Hill carnival by designing a float for London’s raucous street party that takes place every August bank holiday weekend. Barrington tells us that “he is bringing a few musicians from the Caribbean to perform” on the float, including the singer Mr Killa. The Notting Hill extravaganza will coincide with the artist’s show at Sadie Coles HQ, which is also offering his works at Art Basel, as well as Galerie Thaddaeus Ropac. “My cousin Fitzgerald Jack is organising the musicians for the float with me, and Sadie is sponsoring it,” Barrington says. “And Mr Killa is from Grenada where my mum comes from.” 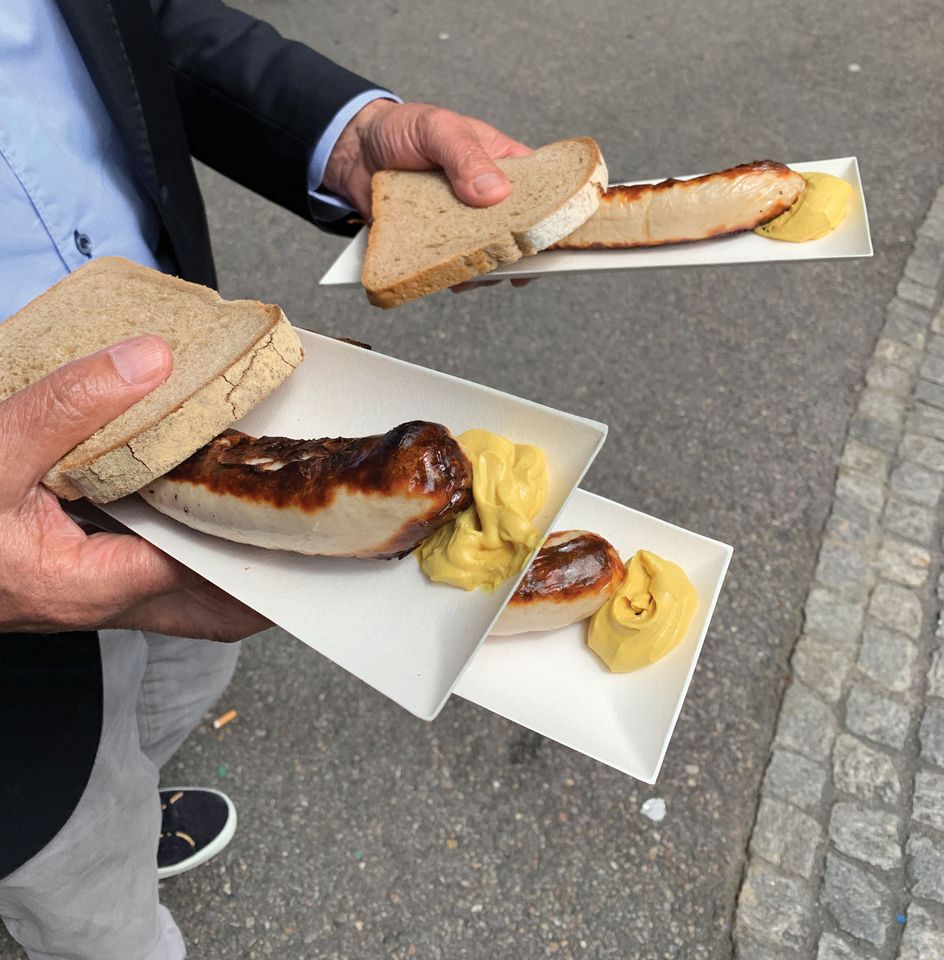 Forget the fair: there is no finer work of art than the mighty Swiss sausage

We’ve said it before and we’ll say it again: the food court at the heart of Art Basel is the place where all the movers and shakers are thrashing out deals and exchanging gossip this week. At lunchtime yesterday, we spotted Victoria Siddall, the director of Frieze fairs, and Guillaume Cerutti, the CEO of Christie’s, among the many guests scattered around the foliage and food stalls. The biggest gastronomical hit by far is the juicy bratwurst with a generous helping of mustard. And who can argue when the price of sausages is so reasonable—SFr8.50 for a grilled veal feast, compared with a hefty SFr25.50 for the Thai curry? Even the multi-million-dollar art world knows a bargain when it sees one. 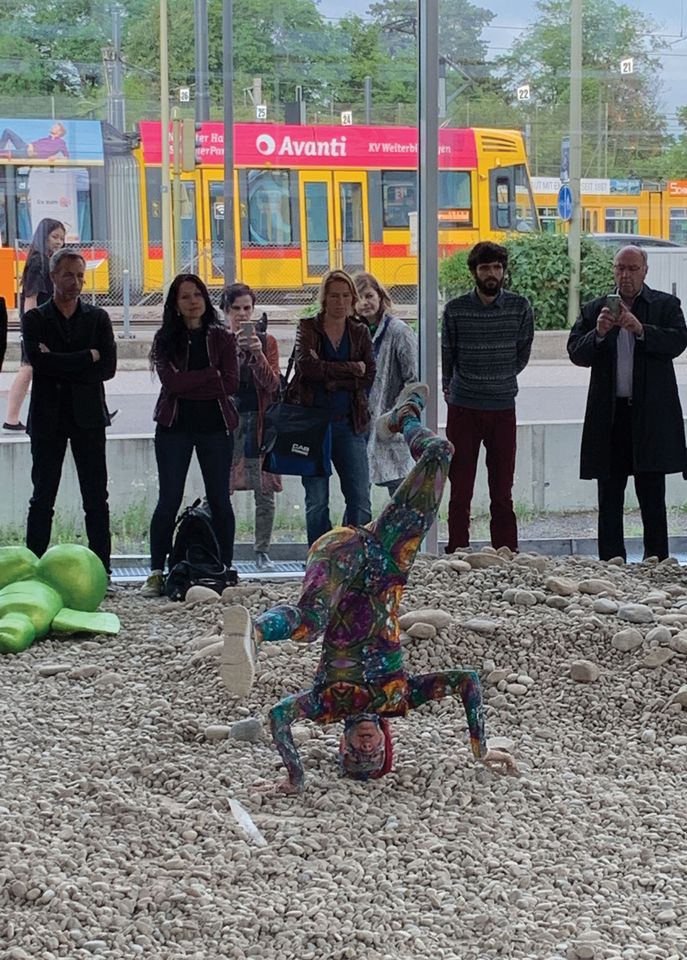 Cecilia Bengolea showed she had all the right moves last night during a performance in the der Tank space at the Art Institute in Basel. The Argentinian artist and her assistant transformed into a pair of deep-sea creatures that roam the ocean floor, moving like nimble octopi across the heaps of rocks and stones piled around the exhibition space. Bengolea invited visitors to take part in a special movement session, asking hipsters and pensioners alike to raise their right hands to the sky and twirl in the rubble. Most participants passed the Bengolea dance test with flying colours, with only a handful of the more mature volunteers looking a tad dazed and confused. 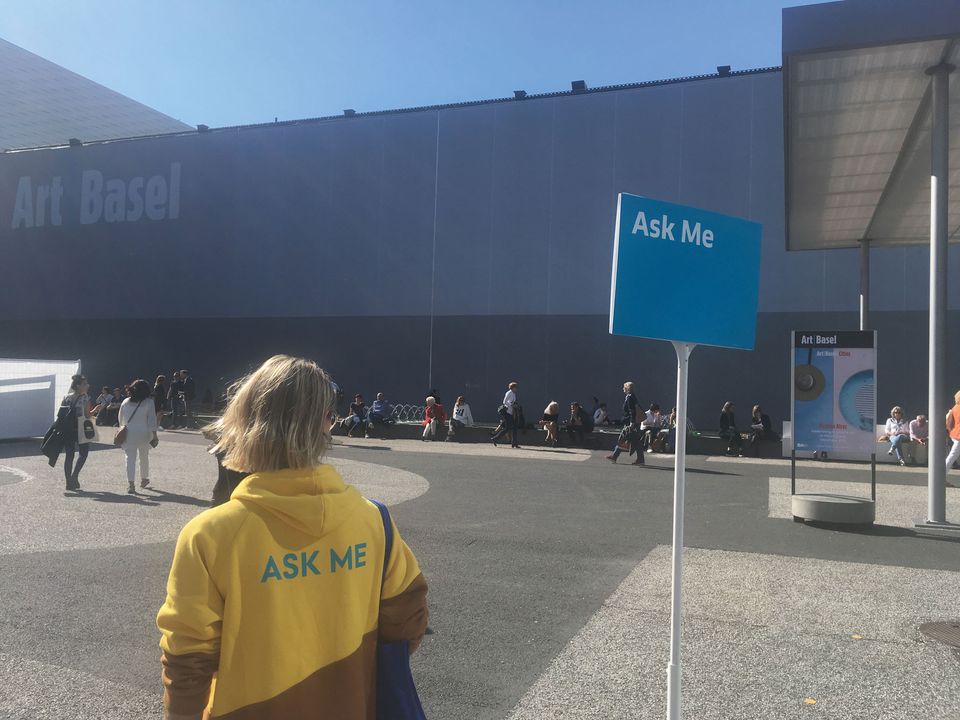 Ask me anything (unless you’re a journalist)

“What should I ask you?” was one of the more meta questions posed to Art Basel’s handy helpers stationed next to blue signs inviting passers-by to “Ask Me”. The staff were mainly pointing lost souls in the right direction with a friendly smile. But when asked by your correspondent about the strangest questions of the week, a blank was drawn. “We cannot speak to journalists—better stick to the rules,” said one. Luckily, another took pity and supplied the higher-minded: “Is there a God?” Someone had clearly seen too much art.