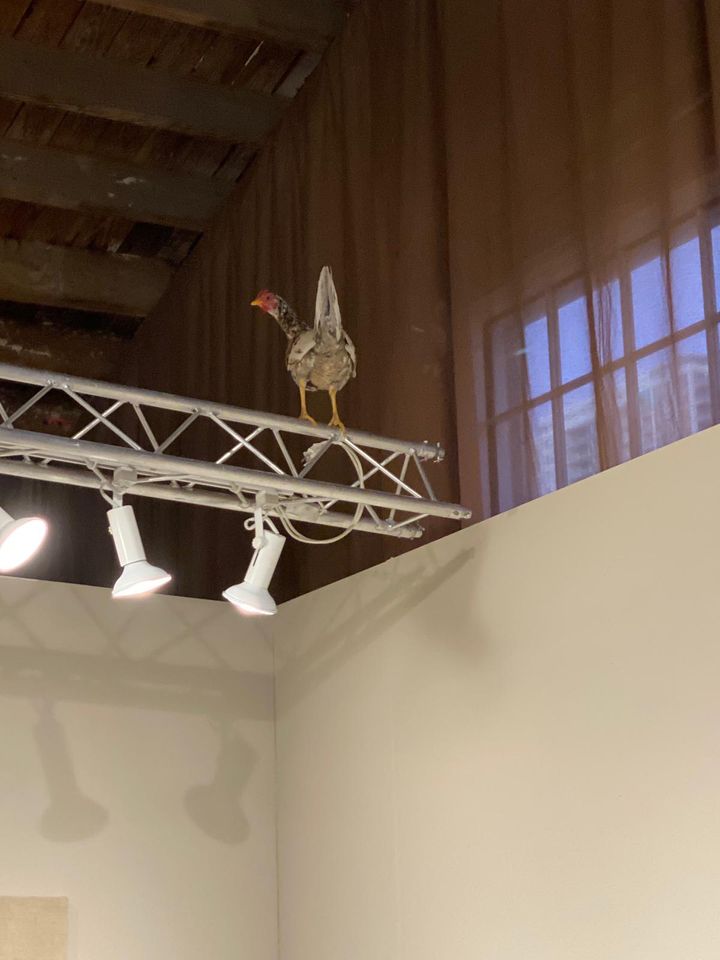 Plucky clucker: a chicken was among the fair’s first visitors

An invasion of chickens threatened to overthrow the VIP preview at yesterday’s Nada fair, but it was the exhibition’s staff who were clucking. A hen appeared to have nested in the rafters overnight, making her one of the fair’s first visitors. Her family of four joined her that morning, according to Nada personnel who had the difficult task of convincing the stubborn birds to fly the coop. “They are now the mascots of the fair,” joked Joel Dean, the fair’s project manager and gallery liaison. “I think they’re a good omen,” a colleague suggested. Ultimately, it was a temporary staff worker from Gainesville, Florida who handled the fussy fowl, much to the shame of the fair’s city-slick New York crew. Nada Miami’s 17th edition opens to the public today with 135 exhibitors from 25 countries and has a reputation for showcasing younger gallerists and artists who are certainly not chicken about ruffling feathers in the contemporary art market. 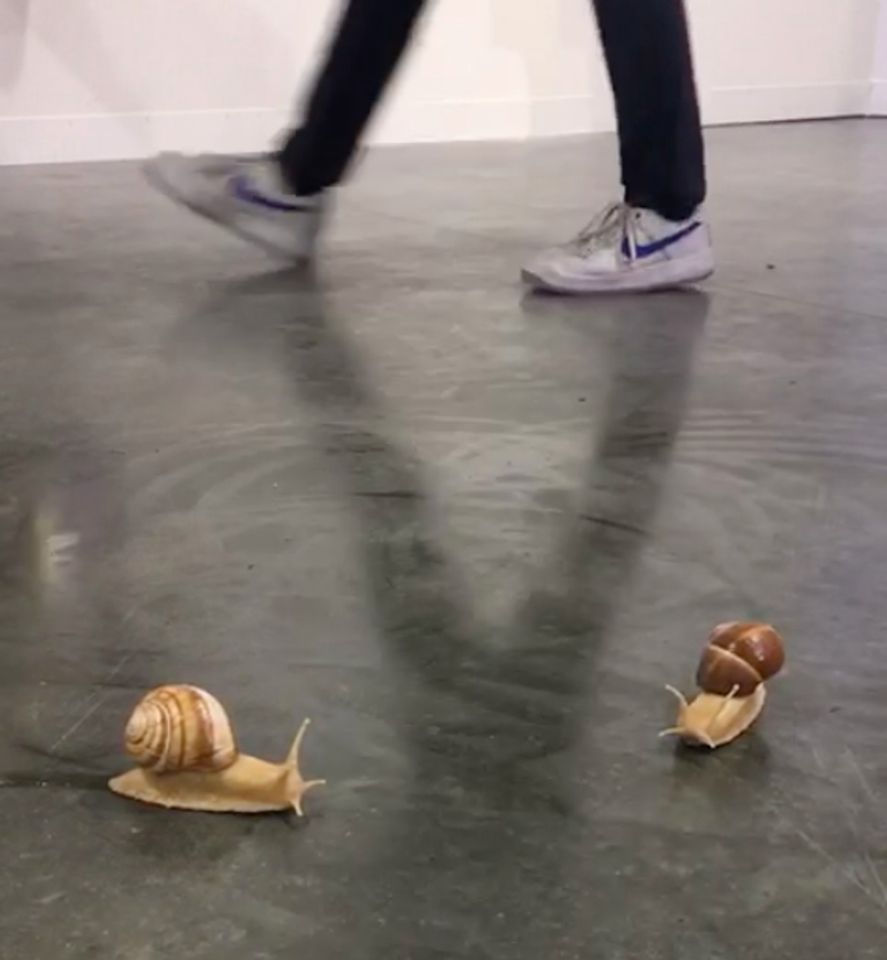 “How do you control them?” a perplexed woman asked, confronted by the two meaty snails slithering across the floor of Modern Institute Glasgow’s stand at Art Basel in Miami Beach. “I’m the trainer,” joked Ric Warren, the gallery’s technical manager, explaining that the oozing molluscs were actually mechanical creations by the artist Urs Fischer, called Maybe (2019). Tiny wheels and a motor were hidden inside the shell, as well as a container of gum arabic dissolved in ethanol that produces the ever-so-lifelike slime. Imagine the pranks you can get up to with these creepy-crawlies that come with an adjustable meandering circumference, rechargeable batteries—and a $125,000 price tag for the pair. 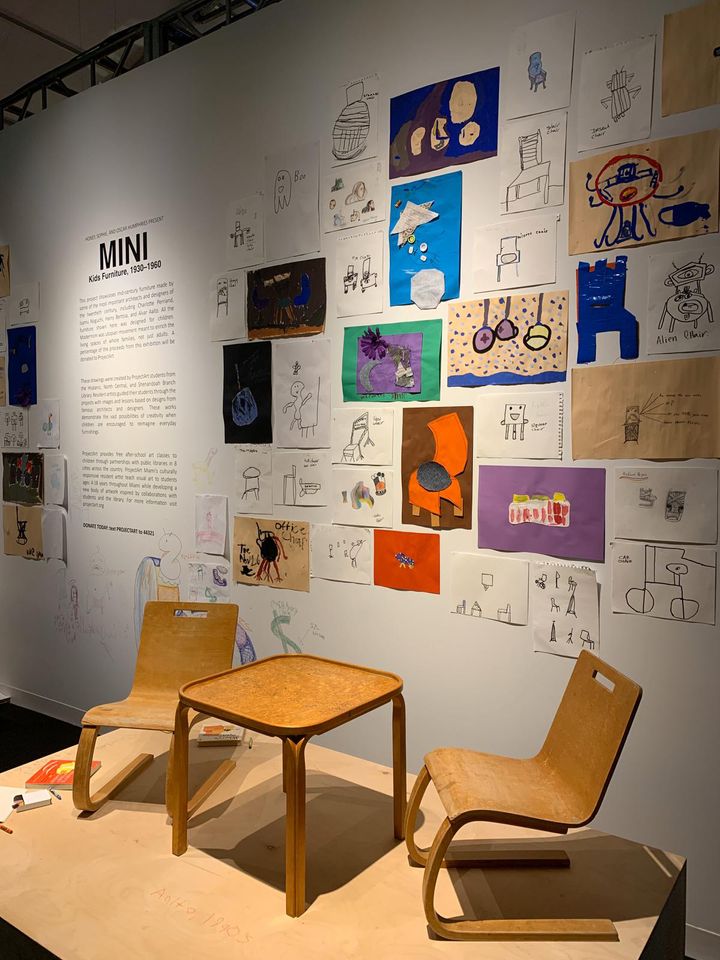 Honey Humphries may be the youngest gallerist on the art scene. The 15-month-old furniture aficionada is the daughter of the London-based curator and publisher Oscar Humphries and his wife, Sophie. While the parents are busy presenting Mini: Kids Furniture 1930–1960 at Design Miami, Honey was, mysteriously, elsewhere. “She’s late! She’s always late!” Dad said when we inquired about the famed baby gallerist’s whereabouts. The toddler was later spotted at the fair in her stroller; she was sporting her official Design Miami badge and taking a well-deserved nap. 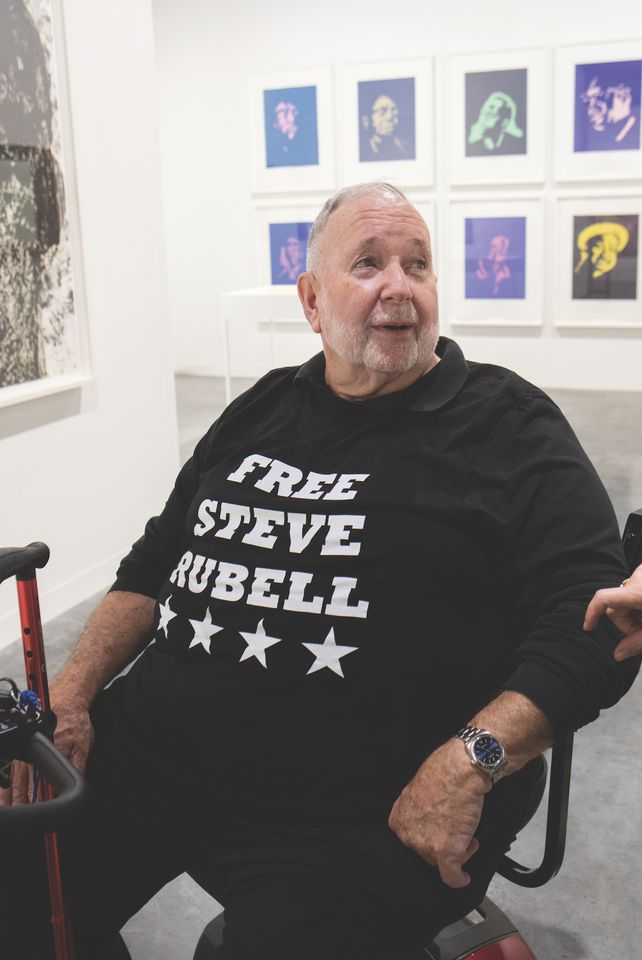 Art Basel visitors were slightly confused yesterday to see the Brooklyn Museum’s former director, Arnold Lehman, sporting a T-shirt emblazoned with the words, “Free Steve Rubell”. It was a reference to the late co-founder of New York’s infamous Studio 54 nightclub, a hotspot for artists and celebrities in the 1970s. But the party barely lasted into the next decade; Rubell and his business partner Ian Schrager were jailed for tax evasion in 1980. If the last name sounds familiar, that’s because Don Rubell, Steve’s brother, opened a new museum in Miami’s Allapattah neighbourhood alongside his wife Mera. “The Rubells gave me this T-shirt,” Lehman proudly declared. “What’s on the back?” an onlooker shouted. “Free Mary Boone?”