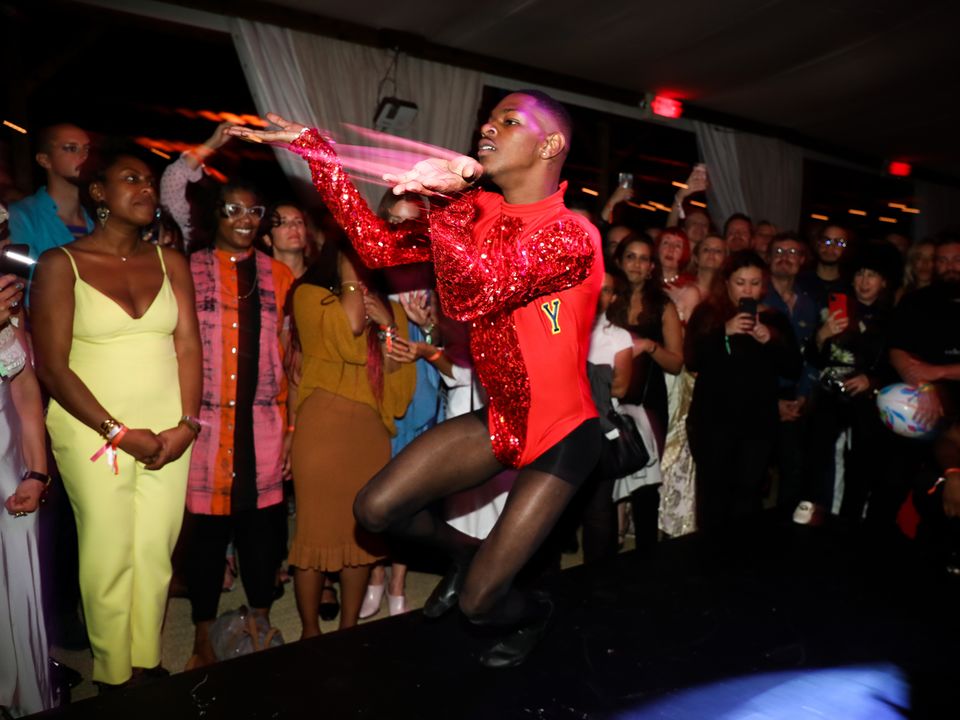 Soho Beach House went back to the 1980s earlier this week with a live ballroom experience reminiscent of the drag balls of Harlem. Figures from the LGBTQ+ ballroom community took to the catwalk, voguing ferociously, as part of a special King of Arms Ball organised by the artist Rashaad Newsome. After fierce entrances in equally fierce outfits, deep dips, twirls and rounds of one-on-one vogue-offs, winners emerged victorious across a number of categories inspired by “contemporary art history that celebrates the work of LGBTQ+ artists of colour”. (We particularly liked looks inspired by the works of David Hammons.) Ladies with an attitude included the model Christen Rhule; the music producer Swizz Beatz and the UK sculptor Daniel Lismore were among fellas that were in the mood. 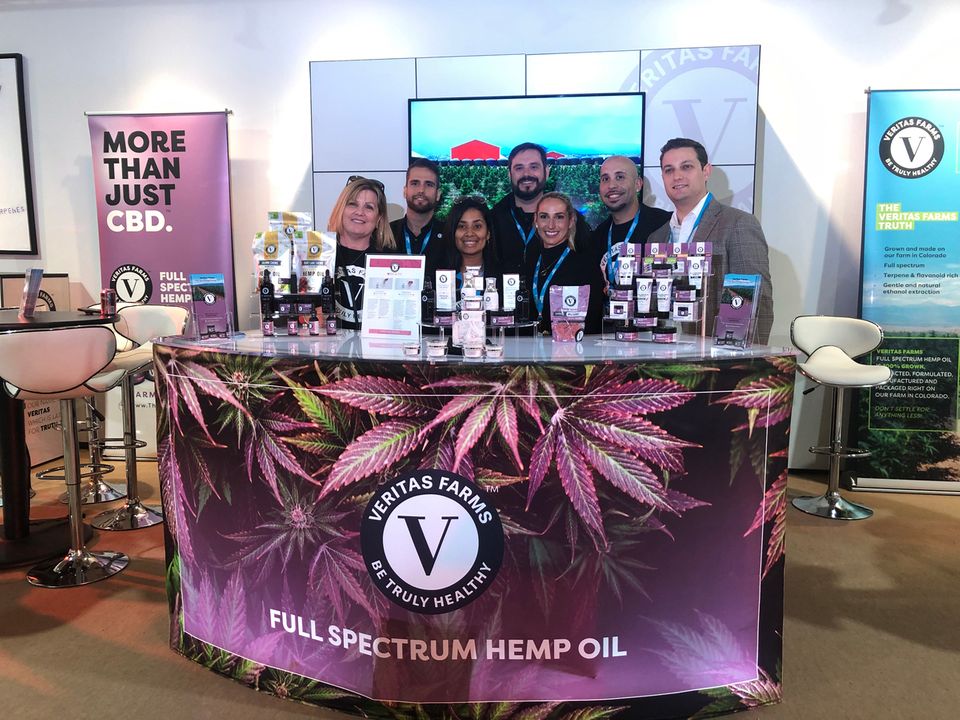 Turn on and tuna out at Art Miami

Given how stressful art fairs can be, it’s no surprise that Art Miami’s official health and wellness sponsor for this year is the CBD supplier Veritas Farms. The Colorado company has set up a modest bar-boutique between Context and Art Miami to serve fairgoers with a little something to take the edge off the encroaching chaos of a culture-packed week: cannabidiol-infused tinctures, lotions and salves are all currently for sale. “It’s a wonderful opportunity to unite people of varying interests and cultures,” says Pamela Cohen, VP of marketing and sponsorships for Art Miami. For the more experimental cannabis enthusiasts, Veritas Farms is offering CBD edibles including pesto, pizza and tuna salad — best eaten separately. 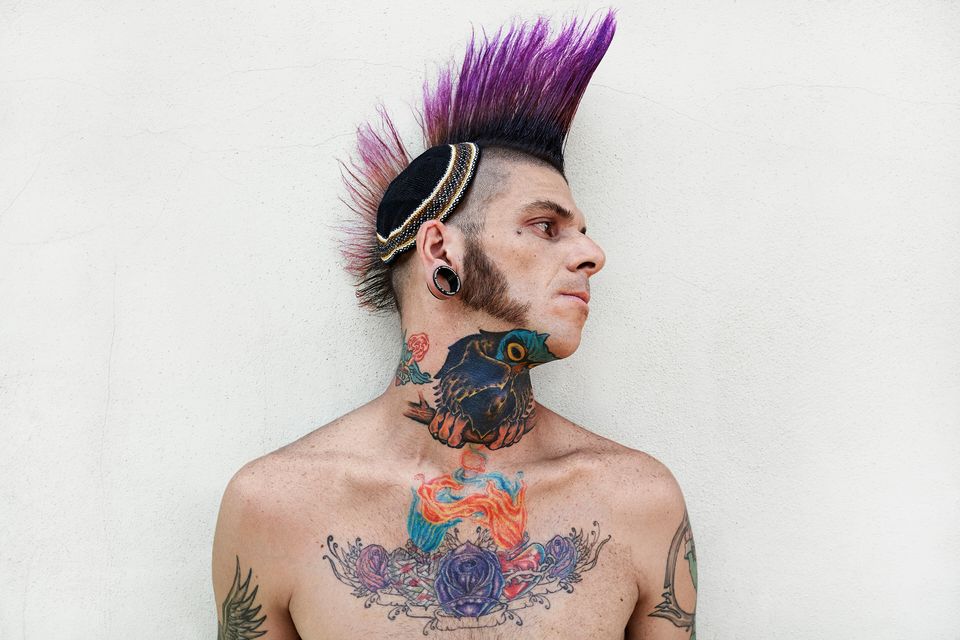 If the yarmulke fits...

“I’m crashing back into my identity,” Zachary Balber says of the impetus behind his photography exhibition at the Jewish Museum of Florida. After narrowly avoiding a prison sentence and recovering from addiction, Balber found kinship with other Jewish men dealing with substance abuse issues. Those friends became the subjects of his latest series of photographs, which documents the aesthetic of counter-cultural Jews who sport elaborate tattoos, rocker mohawks and muscles like Rambo. Balber infuses these images with both humour and respect. “I asked them to wear the yarmulke that I was bar mitzvahed in,” he explains, saying it’s a reminder of both a high power and the annoyance of keeping the religious hat on one’s head. 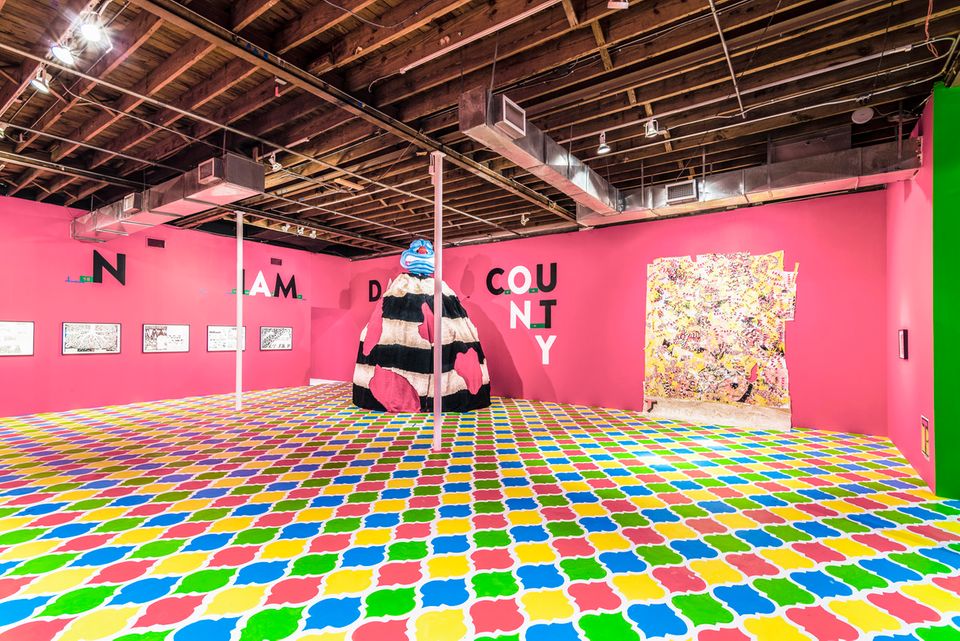 Locust Projects, Miami’s longest-running alternative space, attracted flocks of fairgoers on Tuesday night to see Trenton Doyle Hancock’s ink drawings, sculpture and videos in his first show in the city since 2003. The gallery was decked in clownlike neons of yellow, red and blue, with strange baby dolls and trading cards for sale in the storefront. Visitors viewed a video by entering the furry body of a large “Mound” sculpture, the otherworldly protagonist of a sci-fi story that encompasses the artist’s work in painting, animation and toy design. “This is the idea of hierarchy not existing in a practice,” the artist says of his multitude of approaches. Hancock’s work is also on view with Shulamit Nazarian at Untitled Art Fair and with James Cohan at Art Basel in Miami Beach.