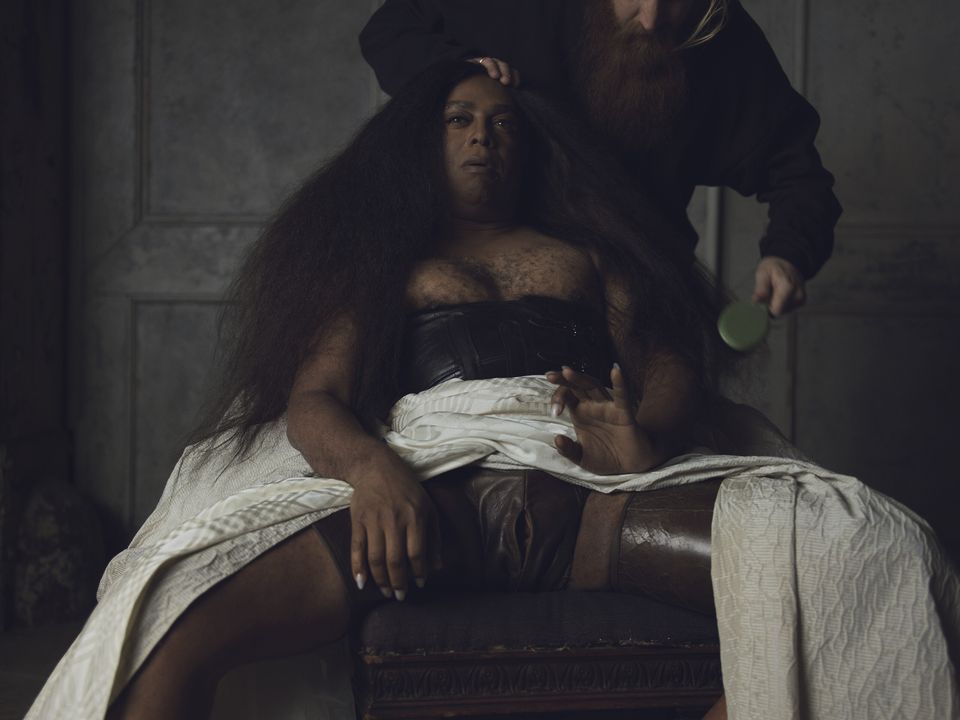 Last year, following the debut of his short film, Love is the Message, the Message is Death, the artist, cinematographer and theorist Arthur Jafa earned international sensation status. Using stock news and cellphone footage downloaded from YouTube, Jafa packed a century’s worth of African-American experience into just seven terrifying and elegiac minutes.

This time, he collaged scenes from black church services to scale the spellbinding heights reached by charismatic, male and female preachers. In entirely individual ways, they induce tears, shouts and spontaneous dancing in their listeners, sometimes backed by full-throated, fully robed choirs and musicians. Part bombast, part tone-poem, the film is half a world away from Jafa's stretch into a Delta blues-inflected installation of shackled, monster truck tires on the top floor. Durags poke through the chains of one; another hangs from an industrial swing that could double as a gallows.

Jafa has a thing for parallel realities. On the show’s opening night—actually a high-energy, dance party that recalled old-school, New York loft parties—Jafa wore a gold, Gucci tiara as a choker, his hair bound close to his head in tight, gray-gold braids. His muscular torso was hidden beneath a buttoned-up black coat—a stark contrast from the flowing black tresses, voluminous white skirt, black leather girdle (fitted with a fake vagina) and bare chest he displayed in gender-fluid, photographic self-portraits also on view.

The inspiration for this persona was Mary Jones (nee Peter Sewally), a black, transgender streetwalker in 1836 New York, who went to jail for pickpocketing, dressed to the nines. In these provocative images, Jafa physically (and theatrically) extends his exploration of what he calls “Blacknuss” in America. As with most intense relationships, it’s complicated.