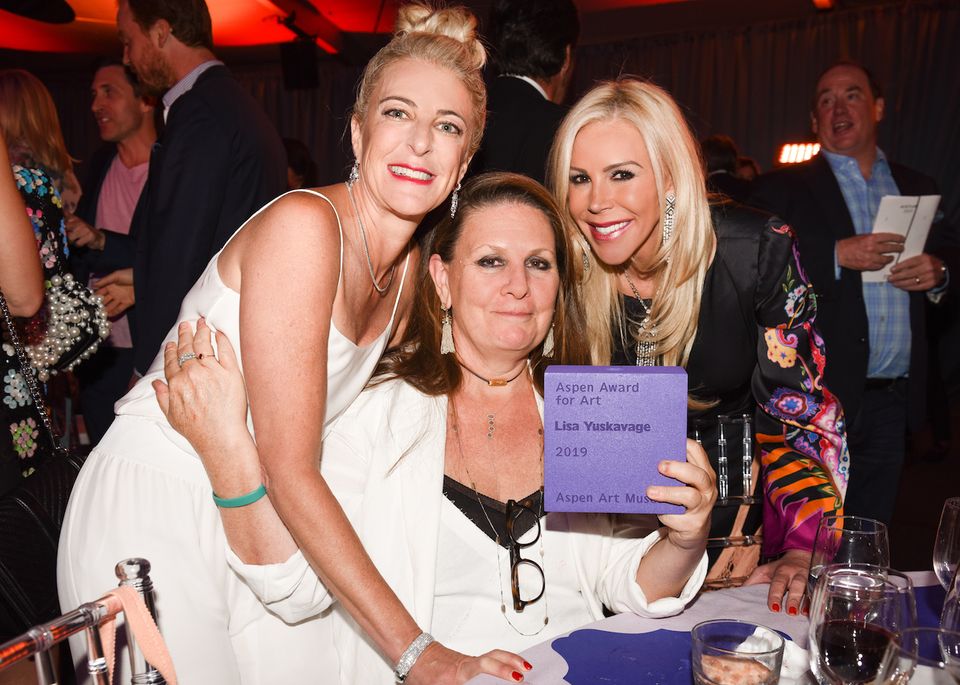 Heidi Zuckerman, the director of the Aspen Art Museum who is due to step down on 30 September, with the Aspen Award for Art winner Lisa Yuskavage and collector Amy Phelan at ArtCrush 2019 BFA.com/Owen Kolasinksi

I’m mingling around the silent auction tent at the foot of the Aspen’s Buttermilk Ski Area, the home of the Aspen Art Museum’s (AAM) annual ArtCrush party and benefit auction. “If a bomb went off in here, it would take out half the art world,” a Los Angeles-based gallerist, there representing an artist in the auction, quips.

It is an overstatement, but a decent percentage of America's leading collectors are here, especially those who have second homes in Aspen. The skincare mogul Amnon Rodan listens intently to another gallerist explain a work. Lacma patron Kitzia Goodman swooshes around the room greeting people. The retired developer Larry Marx holds court in a corner.

The museum is unique. Aspen, which you can walk across in five minutes, is home to about 7,000 people, yet the institution is remarkably ambitious and a place where travelling shows consistently originate. At the moment, there are shows by Rashid Johnson, John Armleder, Etel Adnan and Walter Price.

“Not everyone in Aspen is in the art world, it just seems like it,” says the collector and AAM donor Eleanor de Sole when I ask her if she is friends with a lot of the Aspenites at the event. “I’m friends with everyone on the art museum’s leadership committee,” she adds.

The 2019 edition of the ArtCrush fundraiser is marked by its milestones: this year is the 15th anniversary of the three-day party; the museum is celebrating its 40th anniversary; and the museum’s building, a comely thatched square by the Pritzker Prize-winning architect Shigeru Ban—best known for his humanitarian designs for refugee shelters made from paper used in disaster zones—is five years old.

The museum's director Heidi Zuckerman is singularly adept at rallying the town’s wealthiest residents to give money to the museum. She has secured hand-over-fist donations from billionaire benefactors to the tune of $100m or so, including a fundraising drive for $75m for the building. 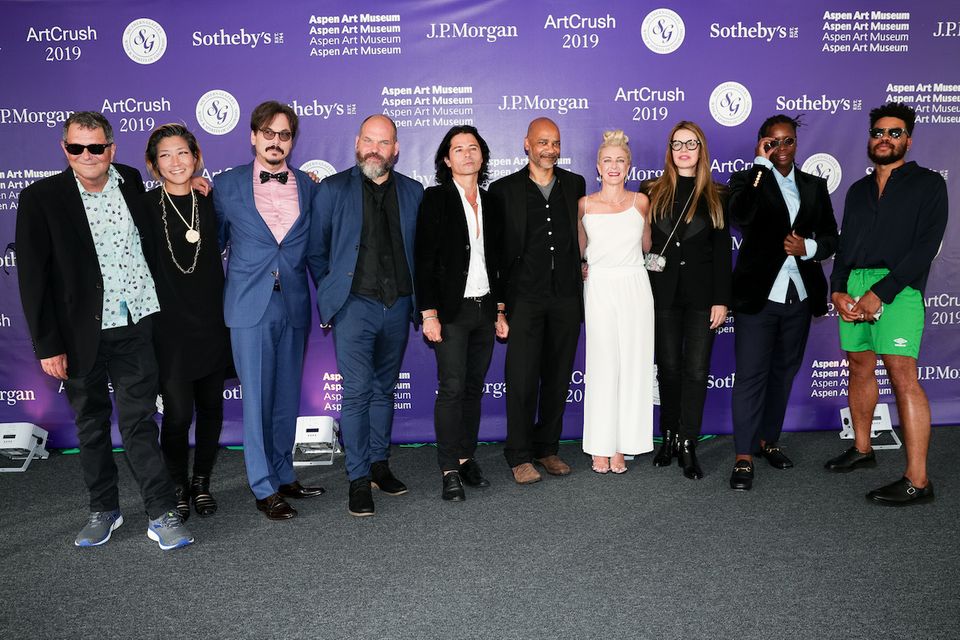 Major donors for 2017-18 include the philanthropist Melony Lewis and her husband Adam Lewis, a Spear Point Energy executive and a major supporter of President Obama’s Climate Action Plan, as well as a producer of the climate change documentary The 11th Hour. Other donors include Nancy and Richard Rogers, who co-founded Mary Kay Cosmetics, and Alison and Warren Kanders. The latter resigned from the board of the Whitney Museum of American Art on 24 July after artists started to pull their work from the Whitney Biennial in protests of his ownership of Safariland, a military and law enforcement supply company that manufactures tear gas.

The Kanderses gave the museum a cash gift between $50,000 and $99,000, according to the museum’s donor acknowledgements posted on the wall in the doorway to the museum. There was some handwringing by a friend of the museum (who asked not to be named) that the couple would bid at the auction—but in the end, they were not spotted at any ArtCrush events this year.

Each year, the museum’s fundraisers bring in millions of dollars, on par with major museums in New York and Los Angeles. The 2017 ArtCrush raised $2.8m, while The Museum of Contemporary Art, Los Angeles’s gala the same year raised $3m.

In September, at the end of her contract, Zuckerman is leaving the museum. When I ask her where her next stop will be, the only information I can get out of her is a non-answer and a nervous laugh.

The de Soles score a small sky-blue-and-white Anthony Pearson work on canvas that fits right into their collection of Italian minimalist paintings, while Beth Rudin DeWoody nabs a minimal work of her own by the artist Dario Escobar; Stephen Myers (the owner of Florida hunting resort Pine Creek) wins Gisela Colon’s gleaming light-and-space work; and the music executive Troy Carter snags a trio of works from Alfred Conteh, Curtis Kulig, and Maynard Monrow. Inside the gala—themed Heavenly Rapture and hosted by the collector Amy Phelan—Zuckerman gives a wistful speech, running through some of her ArtCrush highlights, including Richard Tuttle being the first Aspen Art Award winner. Then, there’s an odd moment where she recalls the evening the late artist Tony Feher became the second AAM honoree. “I will never forget his memorable speech in the parking lot at the old museum, when he was not shy about expressing his political perspective,” says Zuckerman, “which then gave me the opportunity to talk about the many tenets of the Aspen Art Museum, one of which is: art is non-partisan. It’s separate from and above politics”.

A few people around me gasped. I overhear one woman, whose name I didn't catch, loudly say, “Uh, that’s not true,” before telling her friend that “billionaires can’t hide behind their misdeeds with the fallacy that patronising museums is a benevolent task”.

But most of the room doesn’t even notice, as servers bring surf-and-turf for guests to feast on while Sotheby’s Oliver Barker calls the auction. Phelan has selected a song for each piece. Lizzo’s Juice plays before a Nir Hod piece goes to Nancy Rogers for $95,000; Billie Eilish’s Bad Guy plays before Paul Pariser wins an Urs Fischer sculpture; and Naughty by Nature’s OPP blares before a bidding war on the evening’s final lot, a Lisa Yuskavage from 2017 called Merlot. Rogers flexes again, winning the piece for a cool $450,000.

In the end, the museum takes in around $2.3m for the evening.