Belieber in the KAWS: did Justin Bieber buy record painting? 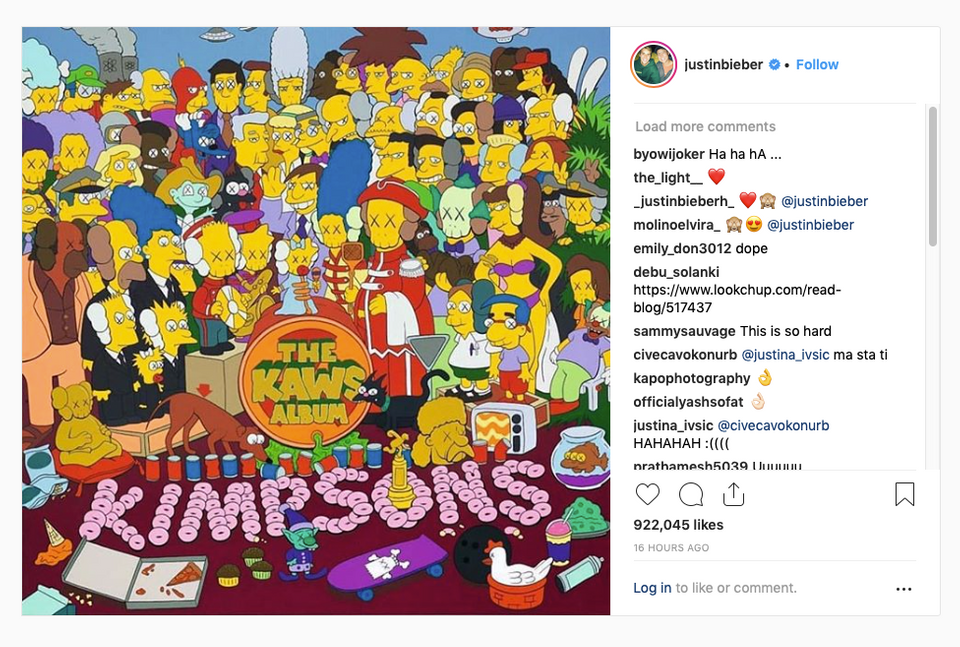 It's like waking up the morning after the night before and realising it really did happen. Yesterday, the biggest April Fool of them all turned out to be true: a painting by KAWS sold for a record US$14.8m (HK$116m) at Sotheby’s in Hong Kong.

But was The Kaws Album bought by Justin Bieber? Yesterday after the record sale, everyone's favourite pint-sized Pop crooner posted a picture of the painting, without comment, on his Instagram, prompting speculation that he could be the buyer.

The work is, apparently, a complex layered parody. Here KAWS—or Brian to his friends—has taken The Yellow Album, The Simpson’s recreation of the Beatles’ album cover for Sgt. Pepper’s Lonely Hearts Club Band, and replaced the cartoon characters with his own “Kimpsons” characters, with Xs for eyes. All very clever.

In the comments on Bieber’s Instagram post, many of his followers asked if this was his new album cover, while @thelittlemerrmaid echoed the thoughts of many by asking: “WHATT WASS THE REASOONNN??!!!”(sic).

KAWS also posted the painting on his Instagram account saying: “What a strange morning...Do I think my work should sell for this much?- No.”

And on that we can agree.