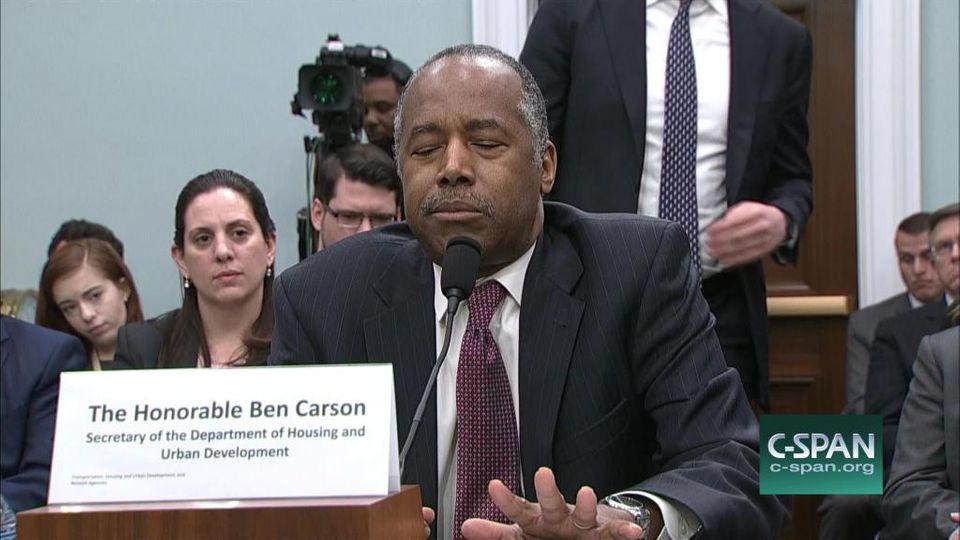 Ben Carson, the secretary of housing and urban development, testified before the House oversight committee on Tuesday (20 March) and pled ignorance in the matter of a dining set for his office that cost taxpayers $31,561, placing the blame squarely on his wife, Candy Carson. “I left it to my wife, you know, to choose something,” Carson told the committee. “I dismissed myself from the issues.”

The furniture was purchased from a Baltimore-based interior design firm and government contractor, Sebree and Associates. It includes a mahogany table, sideboard, breakfront, and ten mahogany chairs in blue velvet; the Jefferson sideboard, wood top and breakfront—all from the Alexa Hampton collection—alone cost $13,579. Carson claims to have had no knowledge of a $5,000 redecoration spending cap that blocks such expenditures.

But the more embarrassing crime is, perhaps, that of bad taste. Martin Levy, the London-based furniture dealer and director of H. Blairman & Sons, told us he is “horrified that a government department, anywhere, would spend a dime on anything so dispiriting”. When asked what he might have recommended instead, Levy says: “Well, for simple, functional and well designed furniture for an ‘in-touch’ office, look at Ercol furniture produced in the 1950s and 60s, and still in production.  Or Danish furniture by the likes of Finn Juhl, again available in modern production." He adds: "I am sure that this could be bought, and even shipped from Europe for give or take the same sort of figure." 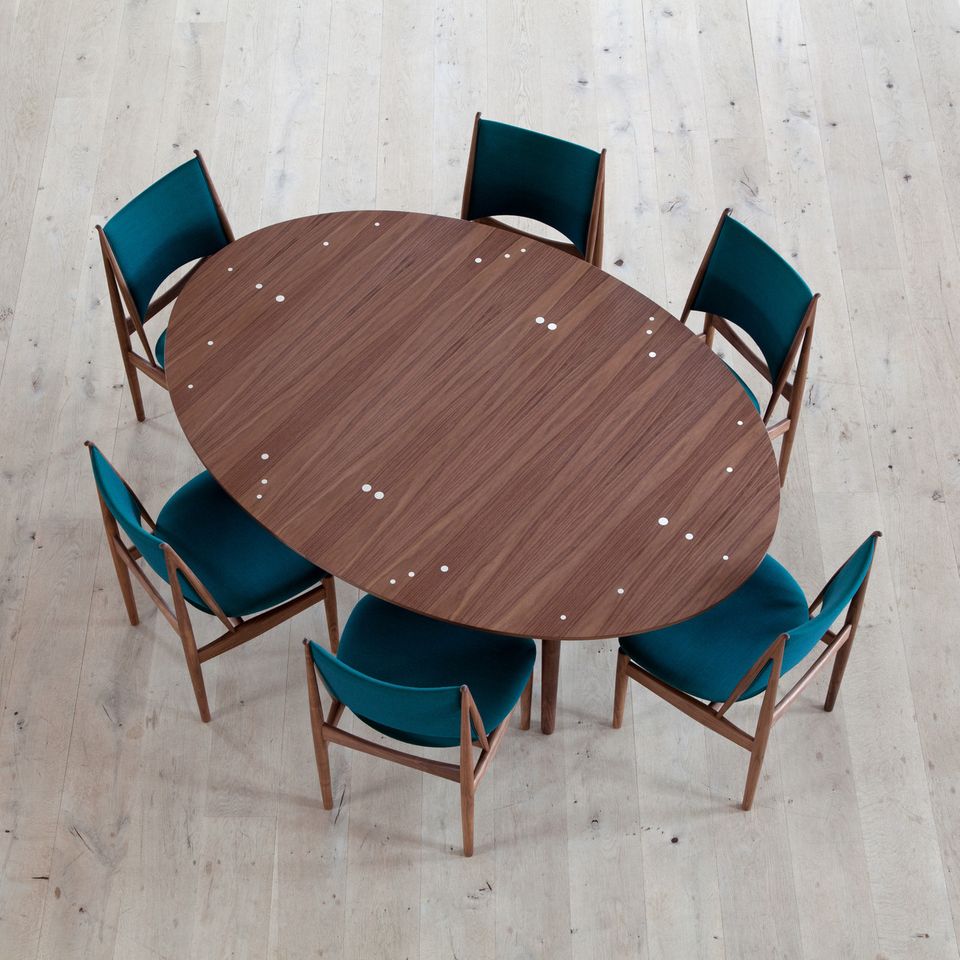