Bong! A toppled Big Ben made of books to appear in centre of Manchester 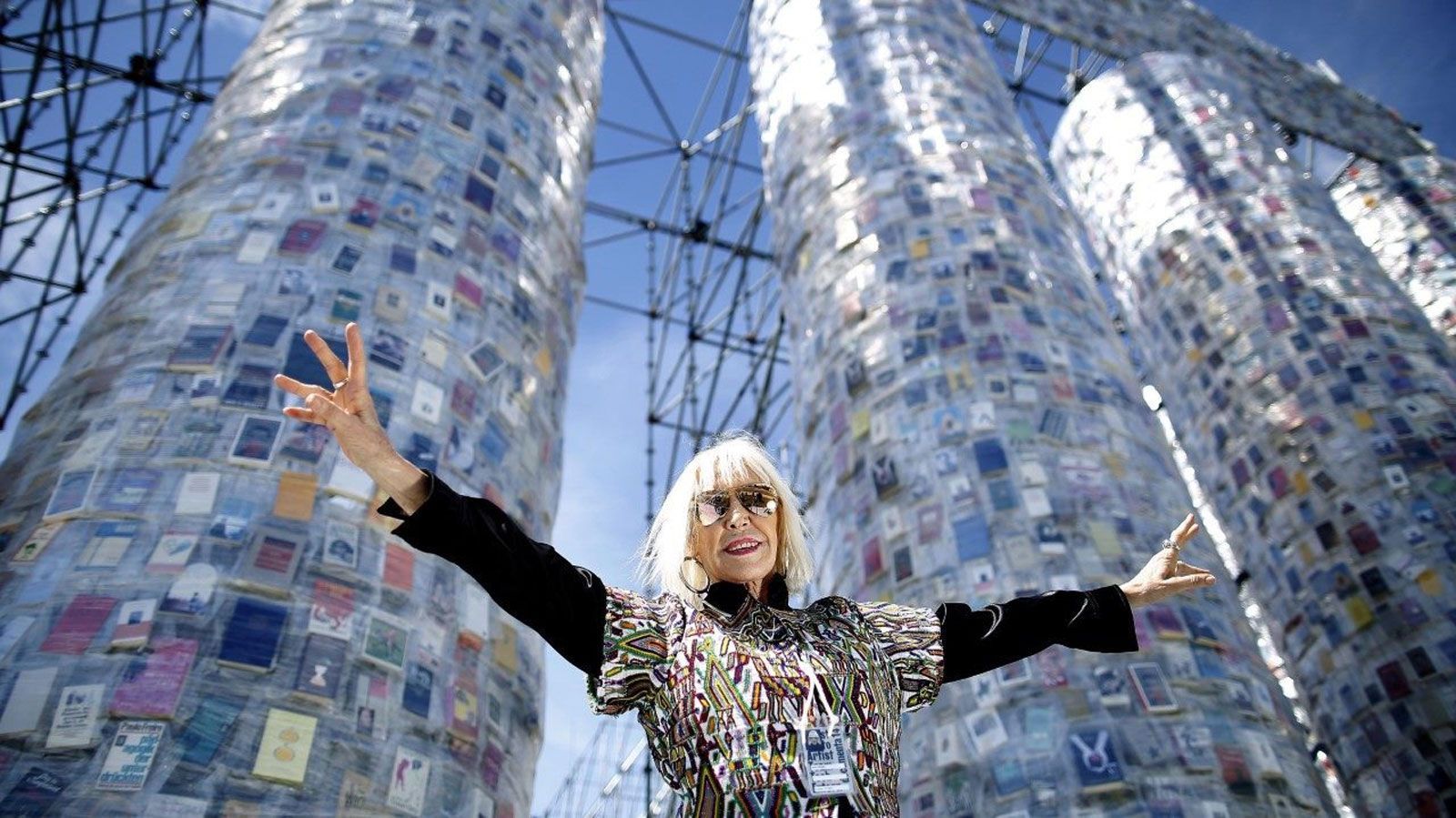 A 42m-long replica Big Ben lying on its side and made out of books will be unveiled this summer in the centre of Manchester, in northern England. The sculpture by the Argentinian artist Marta Minujín is called Big Ben Lying Down with Political Books and will be made from around 20,000 publications that “that have shaped British politics”, according to the press release. It will be part of this year’s Manchester International Festival (1-18 July), which includes events across the arts. Minujín’s work will be around half the size of the real Big Ben clock tower, which forms part of the Palace of Westminster, the home of the UK parliament. “The English people will be very surprised,” Minujín says. “Some will find lots of humour [in the work].” It is not the first time the artist has made sculptures using books: when the Argentinian military dictatorship came to an end in 1983 she created The Parthenon of Books, a replica of the ancient Greek temple made from once-banned books. The work was recreated in 2017 on the site of Nazi book burnings for Documenta 14 in Kassel. The artist is also due to have her first UK solo exhibition at Tate Liverpool this year, with the dates still to be announced.

Other Manchester International Festival highlights include a collaboration between the curator Hans Ulrich Obrist and the poet Lemn Sissay on a group show of poets who work with art and artists who work with poetry, featuring Tracey Emin and Lubaina Himid. The Turner Prize-winning French artist Laure Prouvost will inaugurate the redeveloped Manchester Jewish Museum with a new immersive installation, while Forensic Architecture will have a show about its latest investigations into air pollution at the Whitworth gallery. There will also be performances by the musician Patti Smith and the premiere of a new film starring Cillian Murphy.