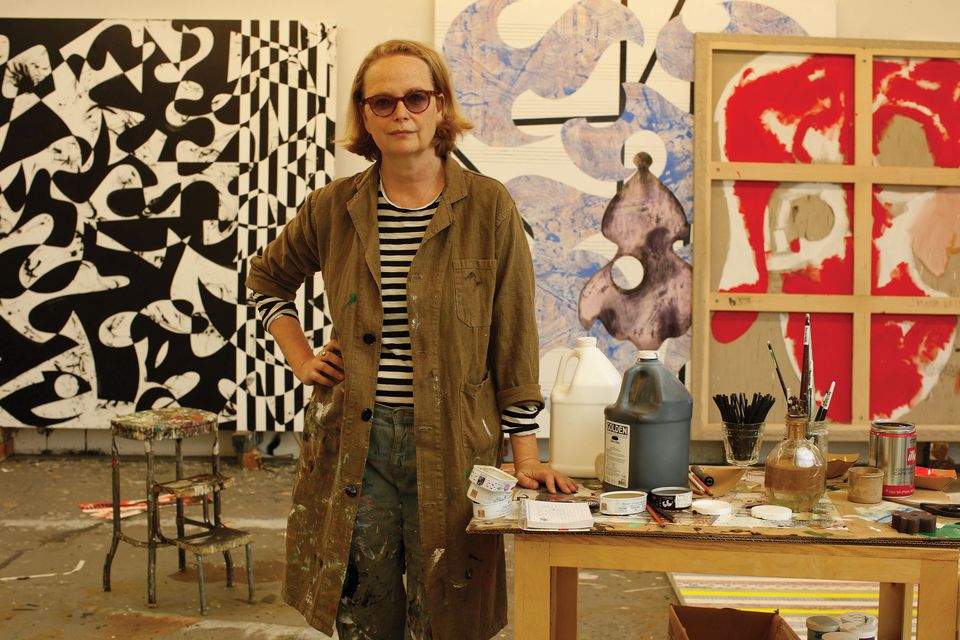 The consensus in New York was immediate. Charline von Heyl’s ninth solo outing at Petzel Gallery is the painting show to beat in New York right now. So substantial, varied and forceful are her deft abstractions that it’s hard to imagine, even this early in the fall season, that anyone could top it.

That’s not to undercut the excellence of other exhibitions on view at this moment. Notably, several are by women—Simone Leigh (at Luhring Augustine), Analia Saban (at Tanya Bonakdar), Judith Barry (at Mary Boone), Mary Weatherford (at Gagosian), and Toyin Ojih Odutola (at Jack Shainman), to name a few. That didn’t stop any male identifiers from offering von Heyl unmitigated praise. “This show is just amazing,” Robert Longo told the artist at her opening. “A compliment from another artist is what I live for,” she replied, blushing, though self-consciousness generally is not in her personal remit.

“I was always the boss-baby from outside Bonn,” von Heyl observed, by way of explaining the authority she has maintained since arriving in New York 20 years ago. “Charline continued what the Germans of the previous generation—like Albert Oehlen and Martin Kippenberger—started,” said Nicola Tyson, another artist admirer. “Not only continued but deepened it. And she keeps getting stronger.” 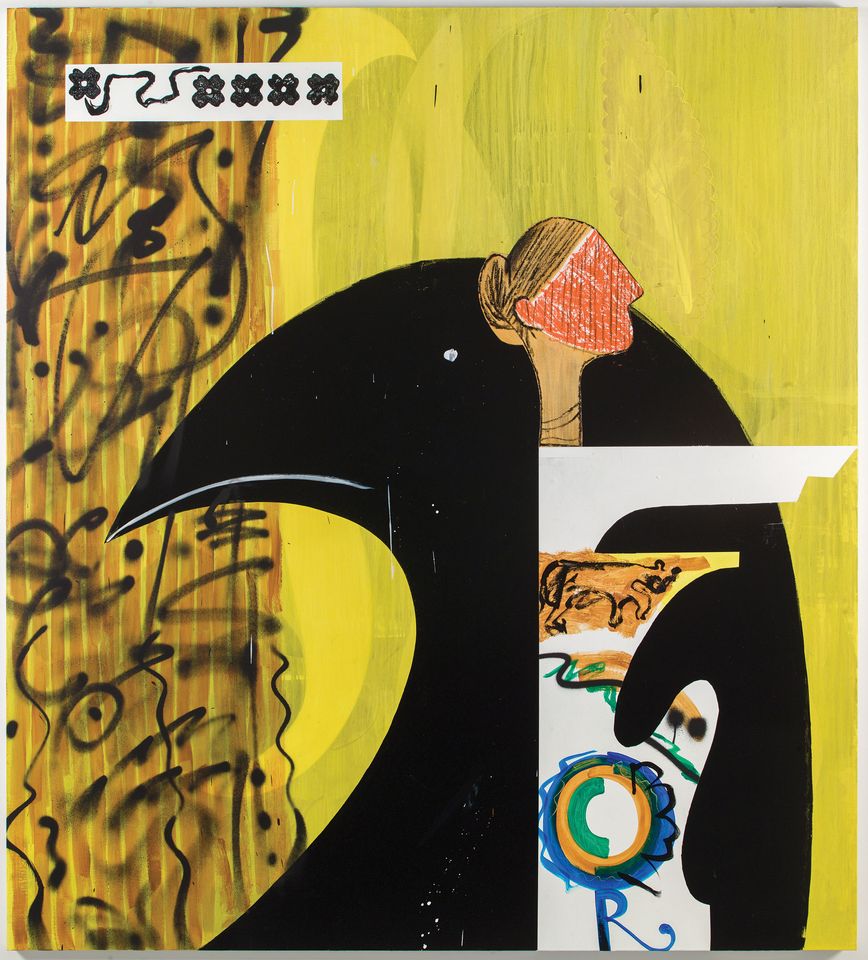 Made in New York and at the house in Marfa, Texas that von Heyl shares with Christopher Wool, to whom she is married, no two paintings look quite alike. Yet all are identifiable as uniquely her own. “Charline absolutely knocked it out of the park,” said David Salle, one of the few 1980s geezers among an impressive complement of 90s artists who gathered for a triumphant dinner hosted by the estimable 90s gallerist, Friedrich Petzel, at that enduring 80s art-world standby, the Odeon.

With the curators Katy Siegel and Lynne Cooke by her side, von Heyl reminisced over the enriching friendships of her past two decades, but didn’t overlook the dark forces currently emanating from the White House. “We’re on top of the world,” she concluded, in the contrapuntal manner of her painting. “But it’s also the Titanic. And man, is it weird that we’re actually having this life. It’s so good—and we’re sinking!”

Not this week. Right now we’re rowing like mad.