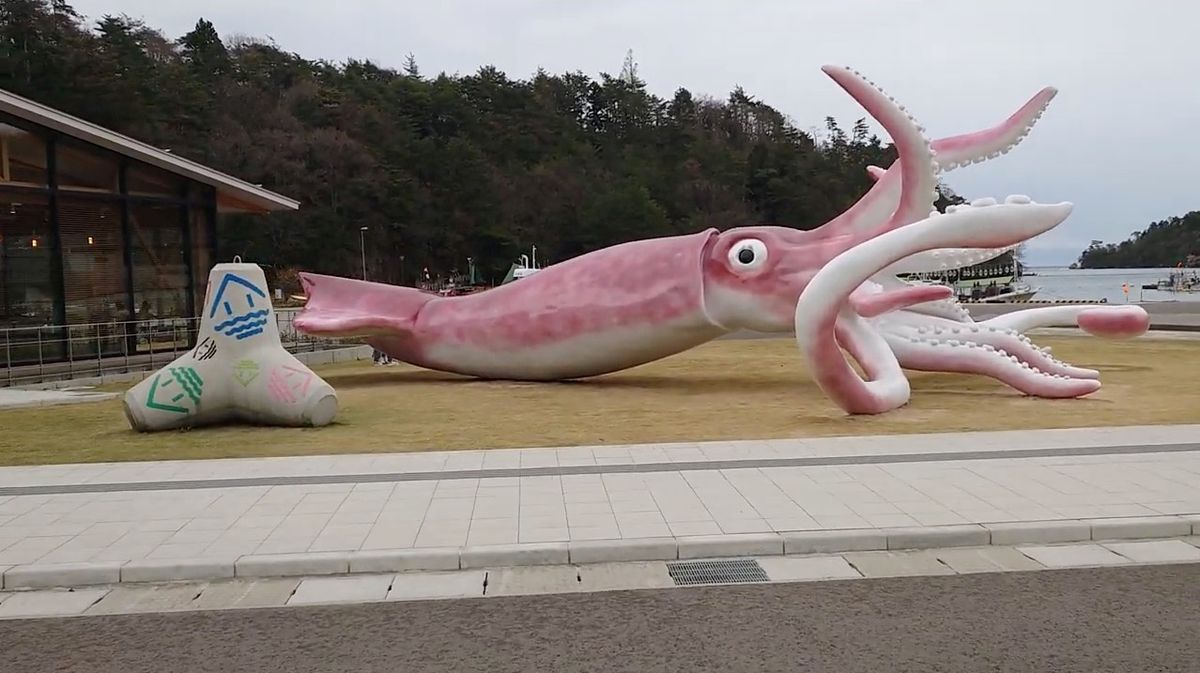 The coastal Japanese town of Noto in the Ishikawa Prefecture is being criticised for spending 30 million yen—roughly $274,000—of the $7.3m in Covid-19 stimulus relief money it was awarded by the central government to build a statue of a giant squid. Local officials have said that the monumental cephalopod, which is nearly 30 feet long and 13 feet tall, is part of a long-term strategy to boost tourism to the area. But according to the newspaper Chunichi Shimbun, a group of concerned citizens had filed a petition that garnered almost 2,000 signatures against project, saying there were better uses for the funds, “such as support for medical staff”.

News of the colossal calamari has since gone viral, with reactions online being equally mixed. “If I was traveling anywhere near it I would stop to see the squid. good investment [in my opinion],” wrote one Twitter user in a viral post, while others decried it, saying: “No matter how you look at it, this is wrong. They have to return that money." Even hard-hitting journalists have dived in: “No one kraken a smile over this,” inked CNN’s Jake Tapper.