“Tall, dark, rather handsome”, his description of Gauguin in Breton garb 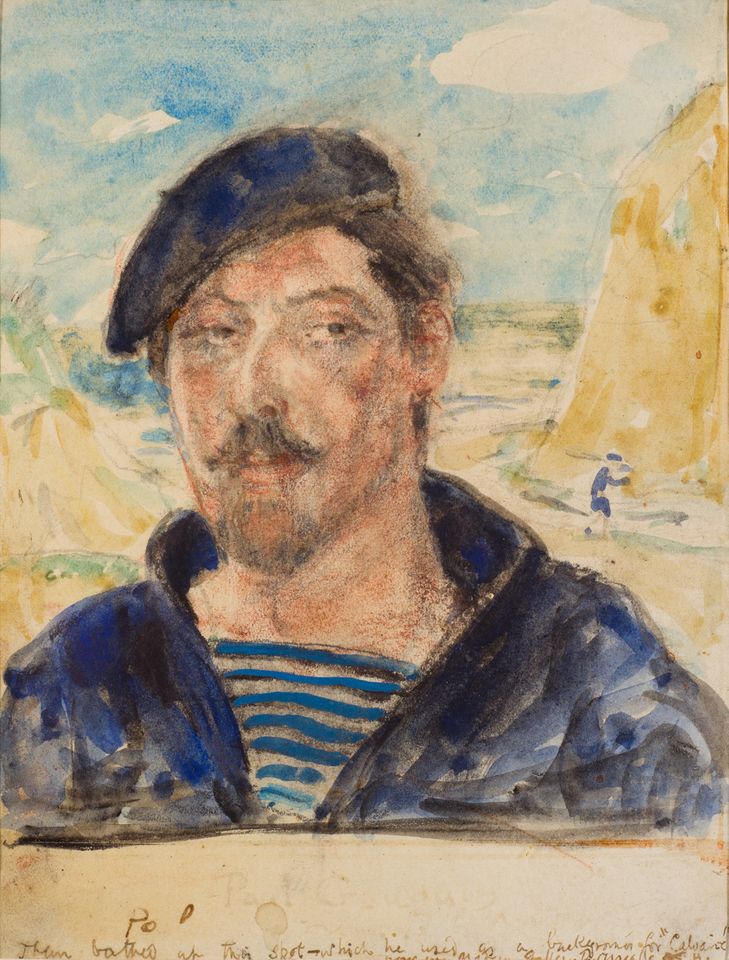 London’s Courtauld Gallery has acquired a rare portrait of Paul Gauguin. Painted by Archibald Standish Hartrick, it has never been exhibited and is reproduced here for the first time in colour. It depicts a haughty Gauguin in Breton gear, posing on the coast near the artists’ colony of Pont-Aven.

Hartrick (1864-1950) left London in 1886 to study art in France, where he mixed with many of the leading avant-garde painters. It is even possible that it was he who introduced Van Gogh and Gauguin to each other late that year, a suggestion put forward by the Toronto-based Van Gogh specialist Bogomila Welsh-Ovcharov.

During the summer of 1886 Hartrick had worked in Pont-Aven, in Brittany, where Gauguin was a fellow lodger at the Pension Gloanec. Hartrick later recalled his impressions of Gauguin: “Tall, dark, rather handsome, with a fine powerful figure and about forty years of age, wearing a blue jersey, and a beret on the side of his head.”

In an unpublished inscription at the bottom of his watercolour portrait, set in the coastal landscape of Brittany, Hartrick wrote: “Paul Gauguin then bathed at this spot—which he used as a background for Calvary”. This is a reference to the seascape in Gauguin’s Breton Calvary (1889), now at the Royal Museums of Fine Arts of Belgium. 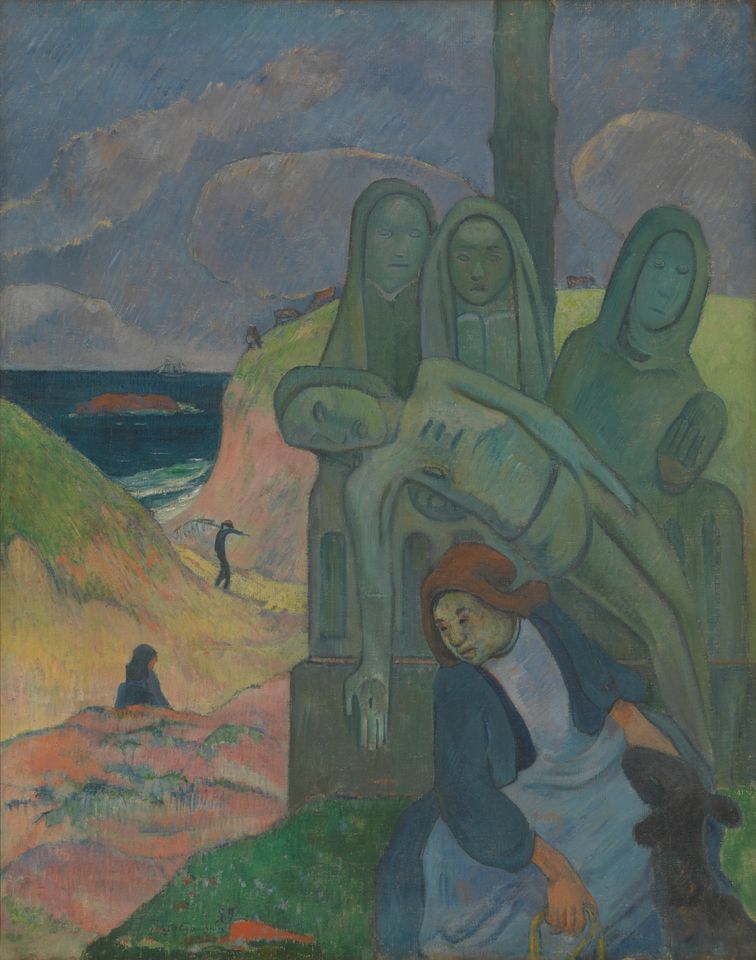 Until now it has been assumed that Hartrick painted his portrait of Gauguin in the 1930s, but I have found evidence thatd suggests that it was done much earlier. In 1913 Hartrick wrote an essay on his Post-Impressionist friends for his wife, the artist Lily Blatherwick, and he illustrated it with watercolour portraits of Gauguin and Van Gogh. 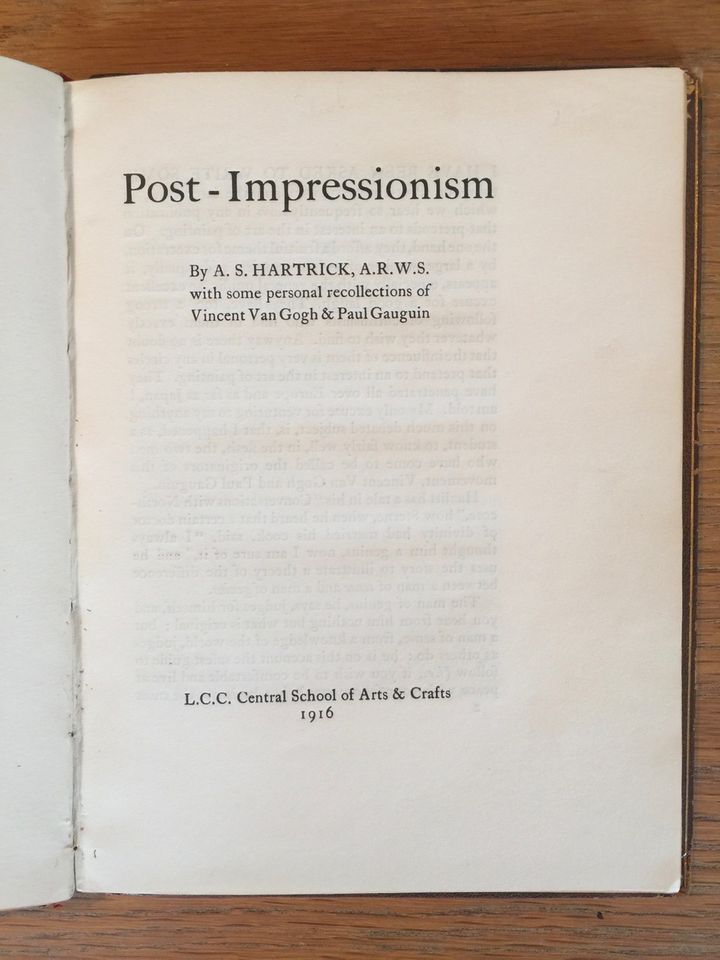 In an unpublished note Hartrick commented on his 1913 essay: “The portraits I drew for a copy I gave to my wife.” He believed that the images of Gauguin and Van Gogh he had specially done for Lily “give a truer idea of the general aspect of each of these painters” than other depictions. These are presumably the two surviving watercolours. Hartrick subsequently published the text of his essay as Post-Impressionism in 1916 (copies are now very rare and it is not even in the British Library’s collection).

The Gauguin portrait was later reproduced in black and white in Hartrick’s autobiography, A Painter’s Pilgrimage through Fifty Years (1939). 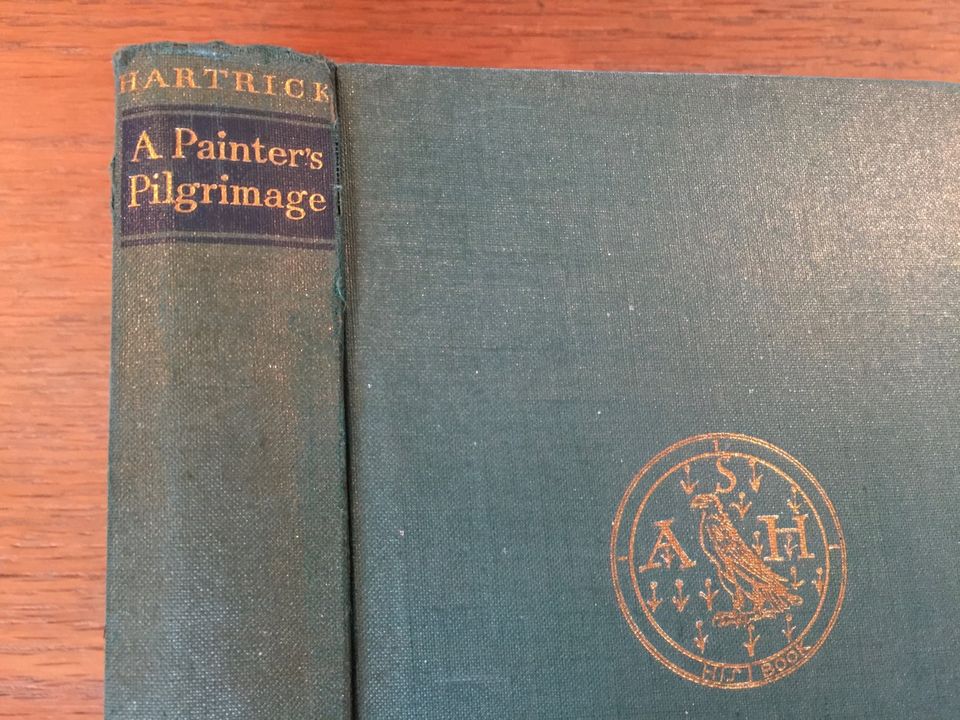 The Gauguin portrait was subsequently acquired by the artist Charles Cundall, who died in 1971. His daughter Jackie Setter consigned it five years ago to the London-based Liss Llewellyn gallery, from where it was bought earlier this month by the Courtauld Gallery. The Courtauld, which is currently closed for a major refurbishment, is due to reopen in spring 2021 and the watercolour will go on display at some point after that.

In his 1913 essay Hartrick also left a fascinating description of his Dutch friend: “Van Gogh was a rather weedy little man, with pinched features, sandy hair and beard and a light blue eye. He had an extraordinary trick of pouring out sentences in a mixture of Dutch, English and French, then glancing quickly at you over his shoulder and hissing through his teeth… When excited, he looked more than a little mad.”

Hartrick captured this memory in a watercolour portrait of Van Gogh. It was later acquired by the artist Fairlie Harmar and was bought by Amsterdam’s Van Gogh Museum in 1997. Although until now the portrait was assumed to have been painted in the 1930s, it too can probably be dated to 1913, bringing it considerably closer to Van Gogh’s lifetime. 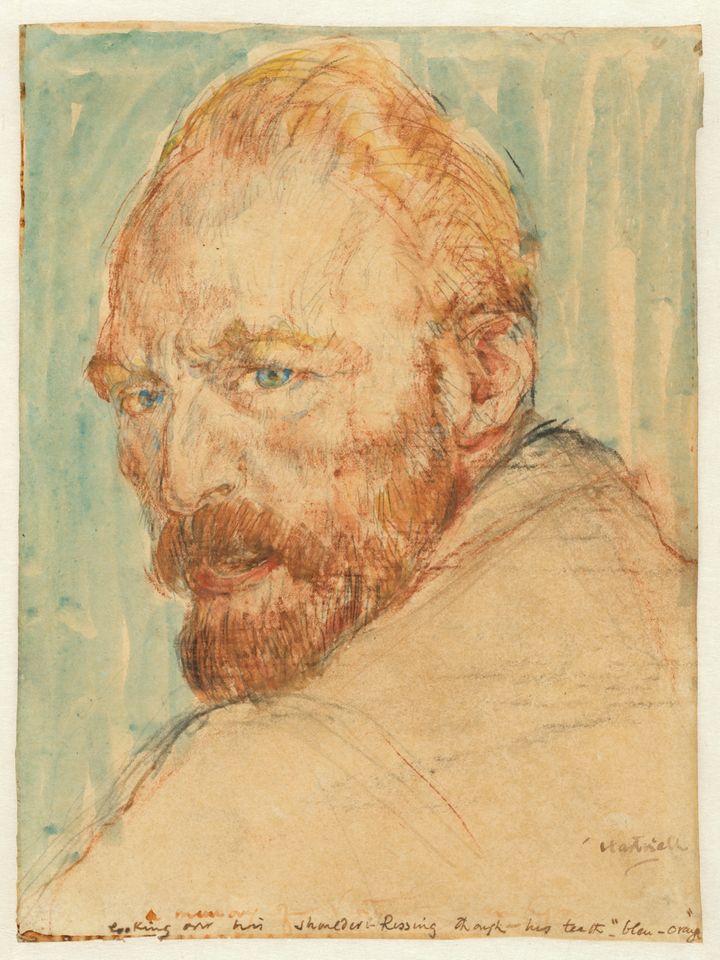 Hartrick commented that he and his fellow students never imagined that Van Gogh would eventually be regarded as a genius: “We thought him a little cracked, but harmless, interesting and certainly amusing at times. Always an artist in temperament, we thought his work too rudimentary and apparently unskilful in handing to appeal to us as students.”

Hartrick, who died in 1950, also drew a portrait of another of his Parisian friends, Henri de Toulouse-Lautrec. This work was acquired by the Tate Gallery in 1951. 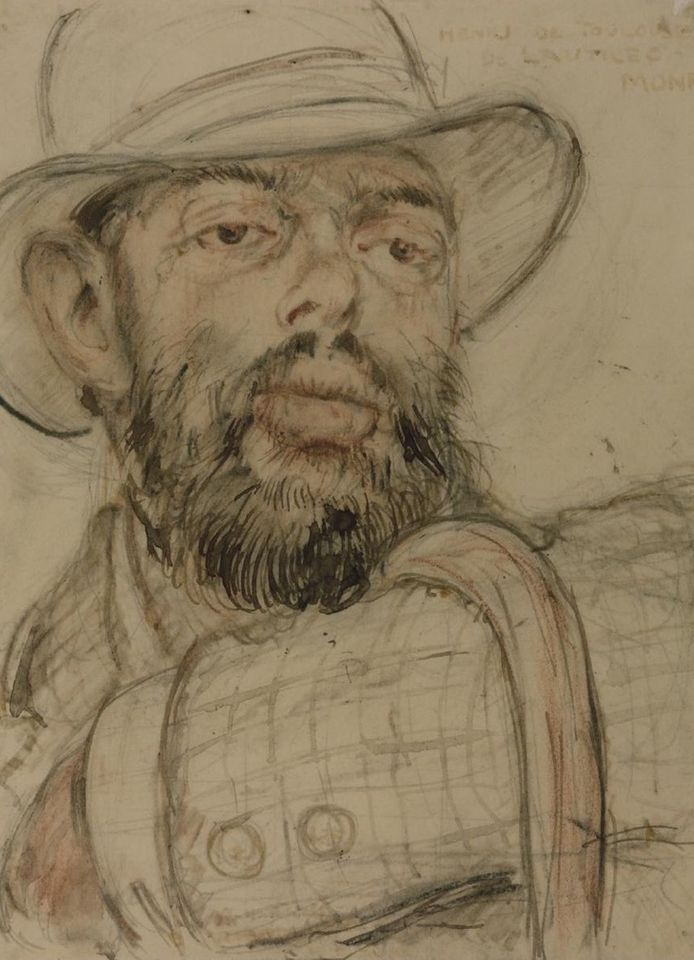 • The Van Gogh Museum has acquired the joint letter from Van Gogh and Gauguin to their artist friend Emile Bernard. It was bought at the Drouot Estimations auction in Paris on 16 June for €210,600, close to the lower estimate (€180,000-€250,000). Written on 1 or 2 November 1888, in the Yellow House in Arles, it was acquired with funds from the Vincent van Gogh Foundation, set up by the artist’s family.

A museum spokesperson says that this letter was “the most significant document written by Van Gogh that was still in private hands”. It is the only letter that he wrote with another artist, with the content also representing “a dialogue between Van Gogh and Gauguin themselves”. Their “different tones of voice” add “a psychological depth to the letter, particularly considering the tragic end of the partnership when Vincent cut off his ear during a psychotic episode”.

The letter will go display in the coronavirus-delayed exhibition “Your loving Vincent”: Van Gogh’s Greatest Letters, which is now scheduled to open on 9 October and run until 10 January 2021.

about 16 hours ago
Discovered: American couple buys a picture by Van Gogh’s friend Edmund Brooke for $45 in antiques shop