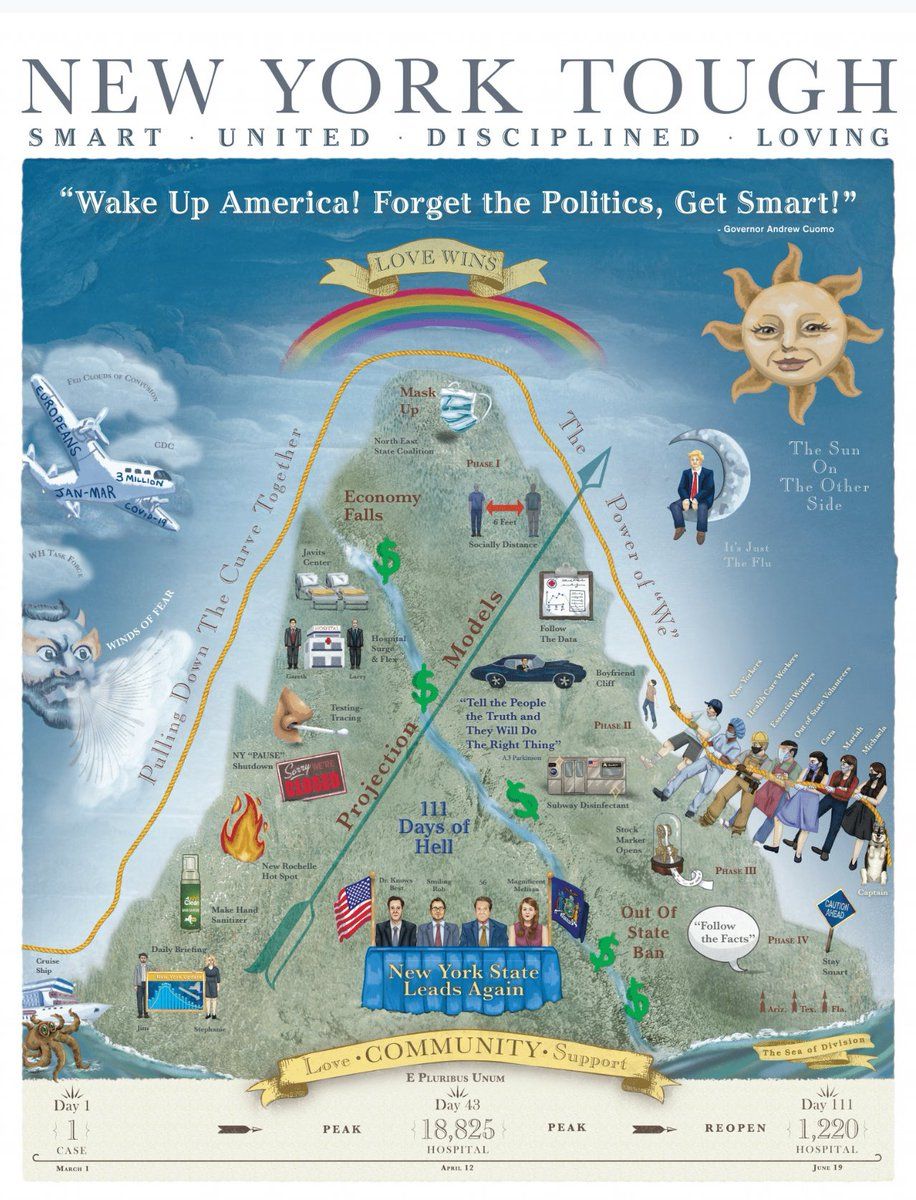 As New York governor Andrew Cuomo begins to phase out his diligent daily briefings on the coronavirus, it seems he is ushering in a new artistic epoch to mark the state’s re-opening after months of catastrophic losses under lockdown. Cuomoceptualism, as we’ve decided to call it, is marked by a rather medieval kind of macabre symbolism—think Hieronymous Bosch—if the latest poster he has released chronicling New York’s battle with the pandemic is anything to go by.

Unveiled on Monday, and available for pre-order for $14.50, the composition centres on a large mountain that mimics the infamous curve of virus cases that sent the state into a months-long lockdown. It is buffeted by “winds of fear” and a plane full of 3 million Europeans to the left—a strangely xenophobic reference to the theories of how the virus arrived on the East Coast—with a Trump-like character perched on the moon declaring the virus is “just the flu”. Located in the middle of the “sea of division”, the towering crag has many identifiable features, like a nasal swab, hand sanitiser and face masks. While the economic crash and the stock market’s re-opening are clearly marked, there is no mention of the 32,000-and-counting Americans who have died from Covid-19 to date, an omission that many have criticised on social media.

The cryptic “boyfriend cliff” on the east side of Covid mountain has spurred even more critical debate. New York magazine's The Cut suggests it is a reference to Cuomo’s rather patriarchal remarks in a daily briefing about dealing with the men his daughters date. How future generations will interpret this iconography remains to be seen. Perhaps they will think sacrificial offerings of boyfriends were made to quell the quarantine.

But this is not the first example of an early Cuomoceptual work. On 29 June, the governor debuted a more minimalist but equally absurdist 3D mountain sculpture representing the curve of Covid-19 infections in the state. Cuomo has previously released similarly inscrutable campaign posters, drawn by the Brooklyn artist Rusty Zimmerman, who says he is not responsible for the new pandemic-themed graphic. Multiple requests made by The Art Newspaper to Cuomo’s office for more information about the artist(s) behind both the sculpture and the recent poster remain unanswered. 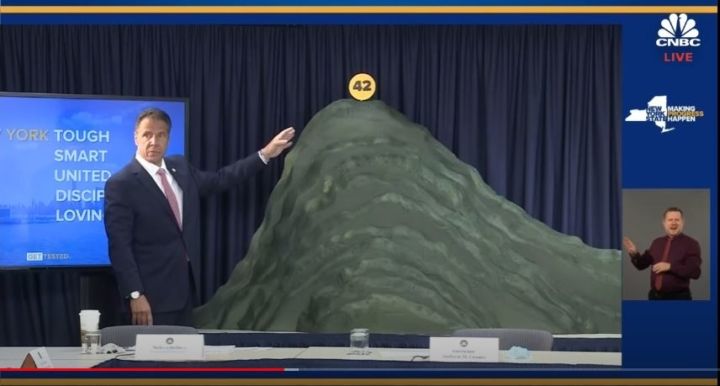