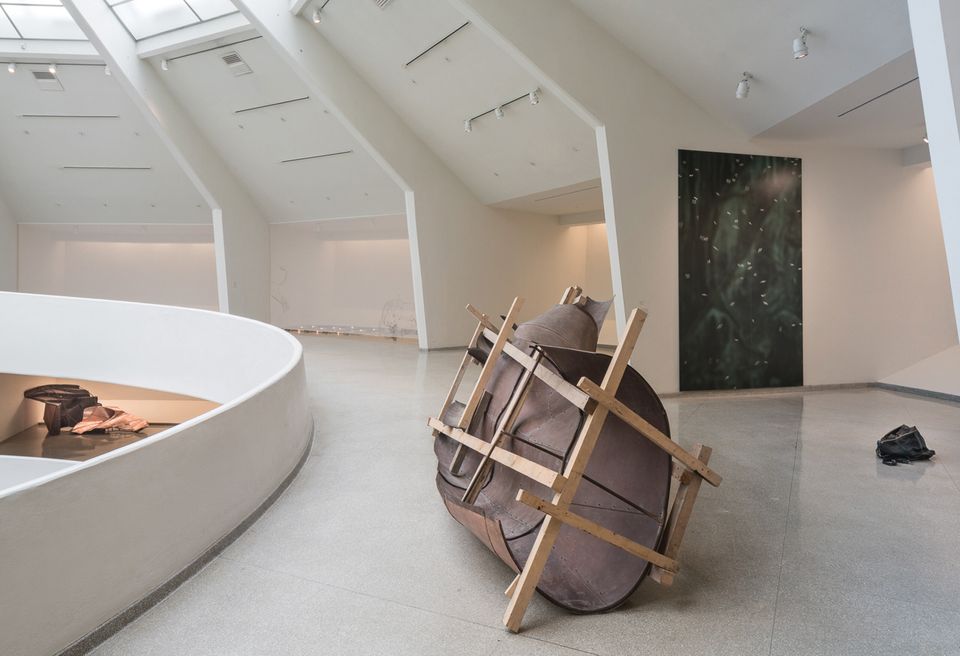 Parts of Vo's to-scale, copper reproduction of the Statue of Liberty lie in corners or propped up on wooden supports like wounded soldiers on crutches Photo: David Heald/©Solomon R. Guggenheim Foundation, 2017

Something wonderful has happened to the Guggenheim Museum. With Take My Breath Away, a transcendent survey of works by Danh Vo (until 9 May), it has acquired a soul.

“I think Danh found the code to the building,” said Nancy Spector, the museum’s director and chief curator, after the opening. I think he humanised it. “You cannot go against the building,” Vo said. “Because you’ll always lose.” His submission is the museum's gain. Ours, too.

Organised by the Guggenheim’s Katherine Brinson, the exhibition assembles objects and images that Vo has retrieved, hunted, bought, appropriated and, in some cases, tortured, resetting them as emblems of mortality, exile, faith, power, love and self-determination in an installation that is as restrained as it is profound—and political. There are family mementos, aching letters written by others and copied in blue ink by Vo's father, instruments of war, household appliances, religious articles, Roman and Gothic antiquities, and symbols of national identity.

Artists from Kurt Schwitters and Marcel Duchamp through David Hammons, Felix Gonzalez-Torres and Cathy Wilkes have juxtaposed found objects to exert unexpected resonance. Seldom do they carry the accumulating power of those in Vo's stately progression up the Guggenheim's spiraling ramps. Freighted by history and wrenched into the present, their conflicted past is as significant as where they are now. 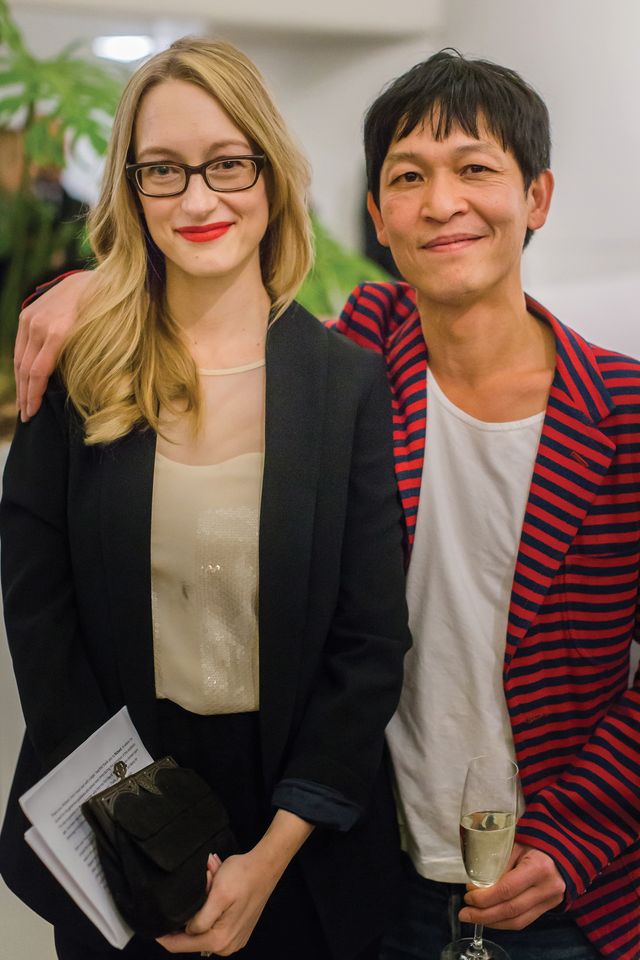 “It’s so emotive and intense, almost tragic,” remarked the artist Josiah McElheny of the show. He echoed the sentiments of many in an invited crowd where representatives of the several museums in Europe and North America that were the exhibition's primary lenders seemed to outnumber artist friends and collectors. “The higher up you go, the more intense it gets,” concurred the painter Julie Mehretu.

Parts of Vo’s to-scale, copper reproduction of the Statue of Liberty lie in corners or propped up on wooden supports like wounded soldiers on crutches. Also scattered throughout are sculptures Vo fashioned with the stuffing, upholstery, and bindings of chairs from John F. Kennedy’s Cabinet Room. Now they hang on walls like dead meat, or are twisted into delicate abstractions. Decapitated or sliced fragments of antiquities and trees are crammed into inhospitable containers and left on the floor like abandoned babies.

But Vo also pays tender respect to possessions of family and friends, while also grinning with the mischief of labeling many works with profanities quoted from The Exorcist (a family favorite). “The things which have interested me are the things that can’t be located,” Jasper Johns once said. “Or are the things which turn into something else while you locate them.” That’s what happens here.