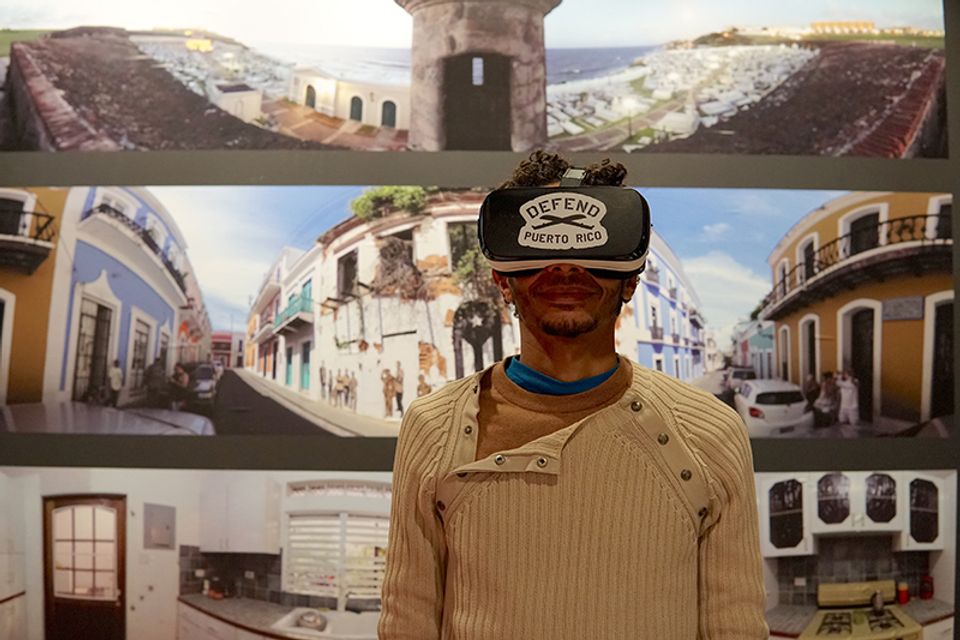 This Saturday (9 June), a day ahead of New York’s annual National Puerto Rican Day Parade, the Defend Puerto Rico exhibition at the Caribbean Cultural Center African Diaspora Institute (CCCADI) in East Harlem closes with a celebration and fundraiser. The show, which opened in February, was organised by the eponymous movement of artists, activists and media producers of Puerto Rican heritage who look at ongoing issues on the island, such as land use and economic strife, as well as the diaspora. The CCADI exhibition focusses on new media works, such as 360-degree immersive video, “with the intention of really trying to drive people’s empathy and put them in the shoes of these people and transport them to these places”, says the co-curator and Defend Puerto Rico co-founder, Mikey Cordero. The closing event includes a domino tournament to raise funds for Rebuild Comerio, a non-profit helping the community of Vuelta del Dos, south of San Juan, recover from Hurricane Maria. “Dominos has always been a space for discourse, which is why it is part of the installation at CCCADI,” Cordero says. This “traditional pastime”, a CCCADI spokeswoman says, “holds the power to connect and sustain communities”.