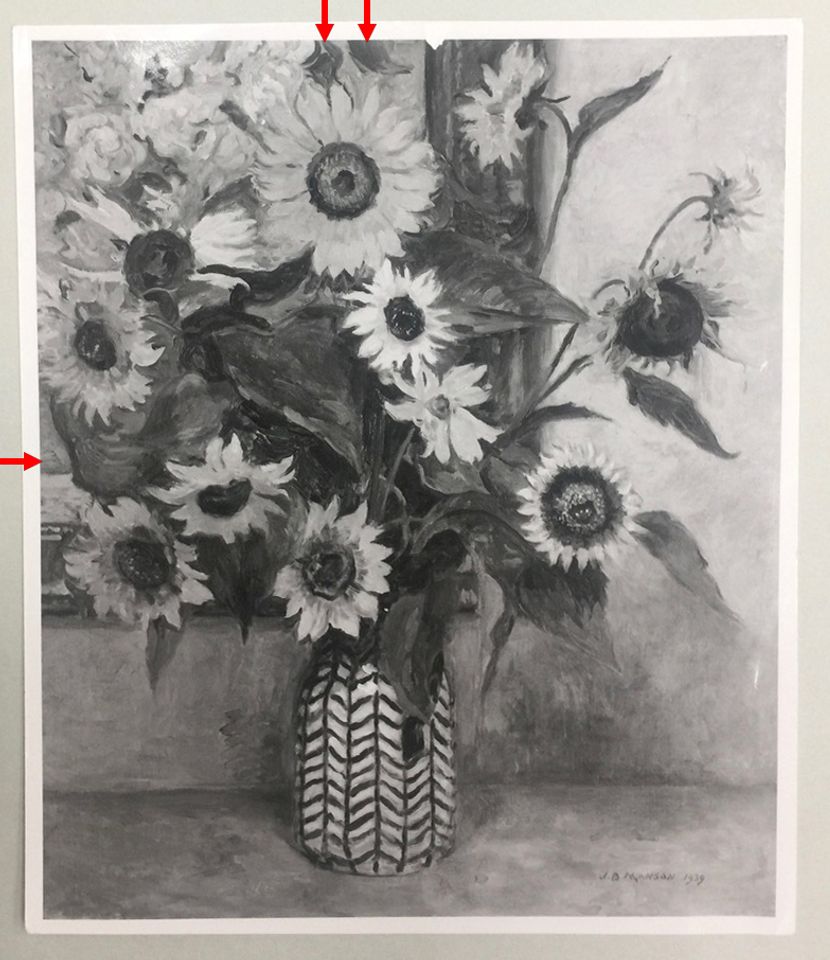 James Manson’s Sunflowers, which we reproduced for the first time last week, must represent the ultimate accolade from a British admirer of Van Gogh. The artist, a director of the Tate, painted the motif for which the Dutchman is best known. But look more closely in the background and there is another, rather hidden, tribute.

Manson’s Sunflowers was sold in 1979, when it was acquired by an unknown private collector, and unfortunately the only photograph of it is in black and white. Just visible in the image is what appears to be a picture frame, but what lies within the frame is difficult to discern. 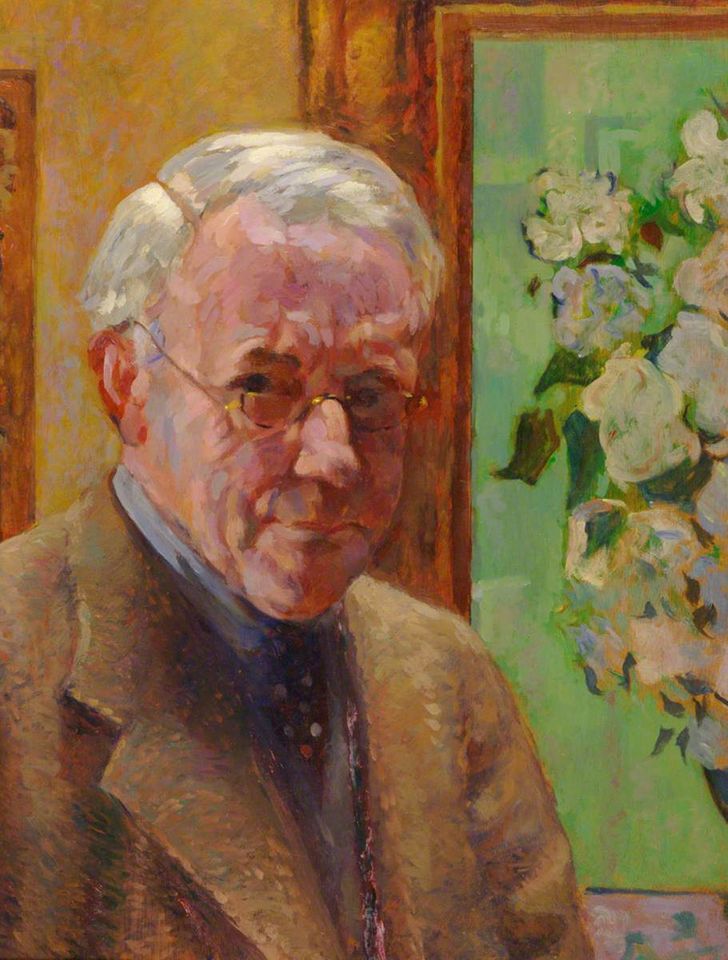 Another Manson painting, one at Southampton City Art Gallery, provides the clue. In the Southampton self-portrait, Manson included in the background Van Gogh’s Roses (1889), now in New York’s Metropolitan Museum of Art. Looking more closely at Manson's Sunflowers, one can just make out the traces of the Roses. Van Gogh’s pot can be seen on the left and two of the leaves at the top (see the red arrows).

What remains a mystery how Manson knew the Roses. In the 1930s it was in the private collection of Essen-based Georg Hirschland, who did not exhibit it. The one accessible colour reproduction was in Alexander Dorner’s book on Van Gogh’s flowers and landscapes, published in Berlin in 1937. Although Manson depicted the Roses in the background of his Sunflowers correctly, in the self-portrait the Van Gogh still life is reversed. This reversal is difficult to explain, unless he wanted to give viewers the idea that the Van Gogh painting was hanging on his own wall at home and he was seeing it in reverse in the mirror he was using for his self-portrait.

Manson is the unsung hero who played a key role in introducing Van Gogh to the British public. He had joined the Tate in 1912 as a clerk and was one of the gallery’s two curators when Van Gogh’s Sunflowers, the version now at the National Gallery, was acquired by the Tate in 1924. He also played a key role in encouraging Frank Stoop to bequeath four Van Goghs, which arrived in 1933. Manson ended up as director from 1930 to 1938, but was forced to resign after an alcohol-fuelled outburst at a diplomatic lunch in Paris.

Manson then devoted his energies to painting. Shortly before his death in 1945, his wife Elizabeth urged him to rest, but he insisted on finishing a still life. “The roses are dying, and so am I,” he told her.