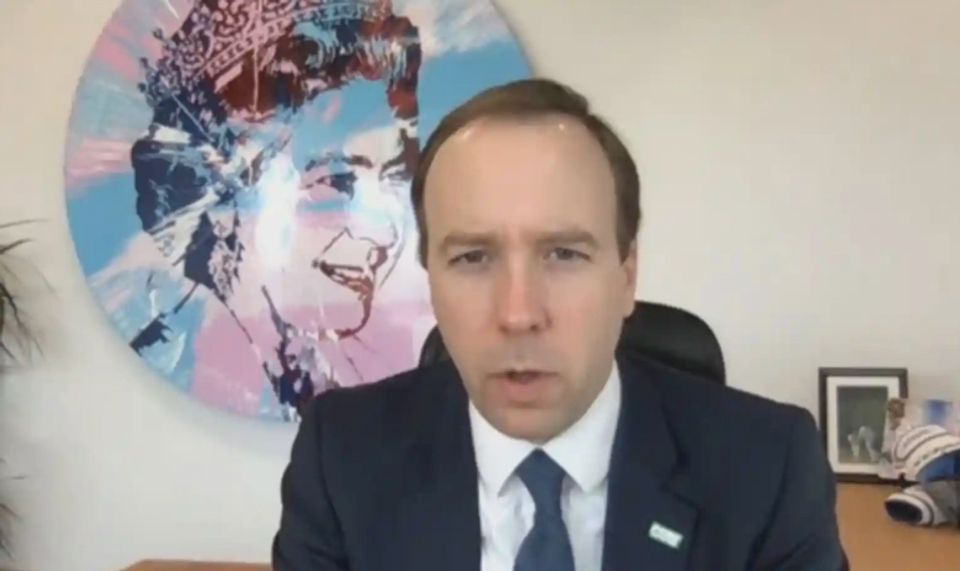 If you’re going to tell the nation there’s a PPE shortage in the middle of a pandemic, you might as well do it in front of the most garish painting in the Government Art Collection. That’s what health secretary Matt Hancock apparently thought when outlining his six-pronged “battle plan” for Covid-19 in front of Damien Hirst’s spin painting of The Queen—the only portrait of HRH the British artist has ever made. Much like the cloying canvas in bubblegum pink and powder blue, which Hirst donated to the government in 2015 and has hung in the minister’s office since 2018, Hancock’s speech was (frankly) toe-curling.

After discussing the good news—social distancing is working—Hancock revealed his second point: “building up NHS capacity”. Because, according to the minister, “making sure that the NHS has the capacity to treat patients is mission critical and thus far that has always been the case" (the deep cuts his party has made to the NHS over the past ten years might raise some eyebrows though).

The third element of Hancock’s “battle plan” is supply. And by supply, he means a lack thereof. “What has happened is, suddenly the world has needed a huge amount more of a small but very important list of key items. PPE, medicines, ventilators, standard ICU medicines and potential treatments are all on that list,” he explains. Other pillars include “the ramping up of testing" along with vaccines and treatments; on the subject of shielding, Hancock says, “the more we can protect those who are most vulnerable, the safer society is." Crucially, the health minister is also due to get a grilling from Parliament's health and social care committee on how he's handling the crisis (hopefully the Hirst won't put them off).