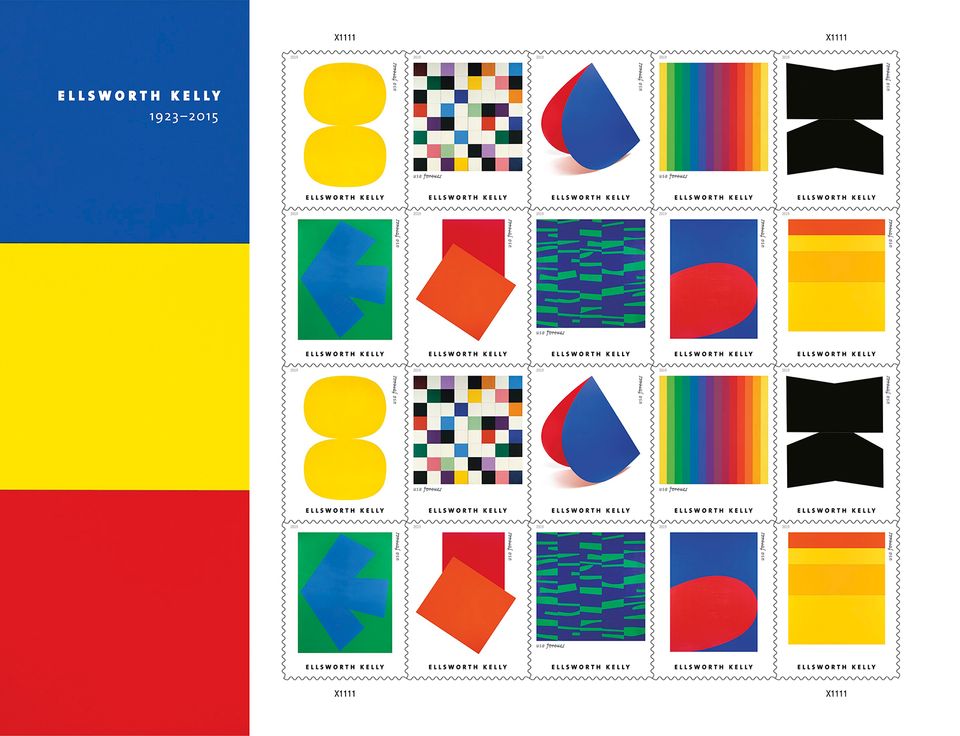 It is a very special birthday indeed for the US artist Ellsworth Kelly, who would have been 96 years old today. The Blanton Museum of Art at the University of Texas at Austin has announced a gift of 76 works by Kelly from the artist, his partner Jack Shear, who is the president of the Ellsworth Kelly Foundation, and other donors. These works, which include drawings of religious subjects and plants, relief sculpture and panel paintings, “illustrate the arc of Kelly’s expansive career and his curiosity about the world around him”, says the museum’s director, Simone Wicha. Shortly before he died in 2015, Kelly gave the museum the design for Austin, his only building, a cross-shaped stone structure which opened in February 2018, and many of the works relate to this masterpiece. Meanwhile, the United States Postal Service will be snazzing up letters nationwide with a series of colourful stamps featuring ten of Kelly’s minimalist compositions dating from the 1950s-90s. “Contemplative and uncategorisable, his paintings, sculpture and works on paper expanded the possibilities of abstract art while also championing the simple art of looking,” reads the USPS’s description. Kelly’s postage has been issued as Forever© stamps, which always equal the value of a first-class US letter stamp at any given time—perhaps the most stable investment in the art market.