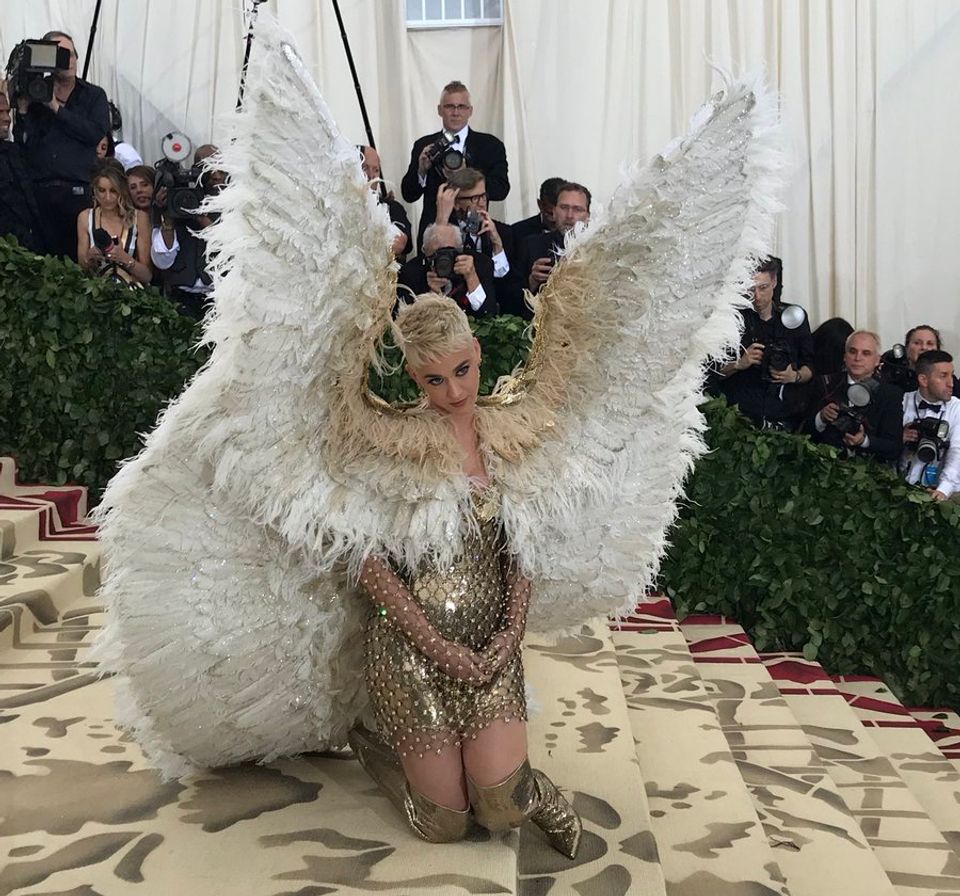 Katy Perry at the Met Gala

The ensembles were divine at Vogue’s annual Met Gala last night (7 May) at the Metropolitan Museum of Art, where guests dressed in the theme of this year’s spring Costume Institute exhibition, Heavenly Bodies: Fashion and the Catholic Imagination, which includes works by 20th- and 21st-century fashion designers as well as vestments lent by the Vatican. Art history references abounded, from the subtle—Kate Bosworth’s soft veil and pastel look that resembled a Botticelli Virgin Mary—to the specific, such as Ariana Grande’s Vera Wang gown printed with Michelangelo’s Sistine Chapel fresco of the Last Judgment. Many outfits referenced the clergy’s dress, most notably co-host Rihanna’s silver Pope ensemble, while other guests dressed as religious figures, the Madonna particularly popular on guests including Lily Collins, decked out as Our Lady of Sorrows, and Katy Perry as a fiercely winged angel. (Madonna, however, wore an outfit that looked more Catholic queen in mourning, with a crown and black netted veil.) Halos rounded also proved popular, worn by guests including Solange Knowles, while Sarah Jessica Parker (never one to shy away from controversial headware) topped her ensemble with a nativity scene. Cara Delevigne’s veiled Christian Dior ensemble, meanwhile, has been compared to a confessional. Those who didn’t secure the coveted invites can visit the exhibition, at both the Met’s Fifth Avenue space and the Cloisters, when it opens this Thursday, 10 May (until 8 October)—Catholic cosplay optional.