Hit singles from the New Museum 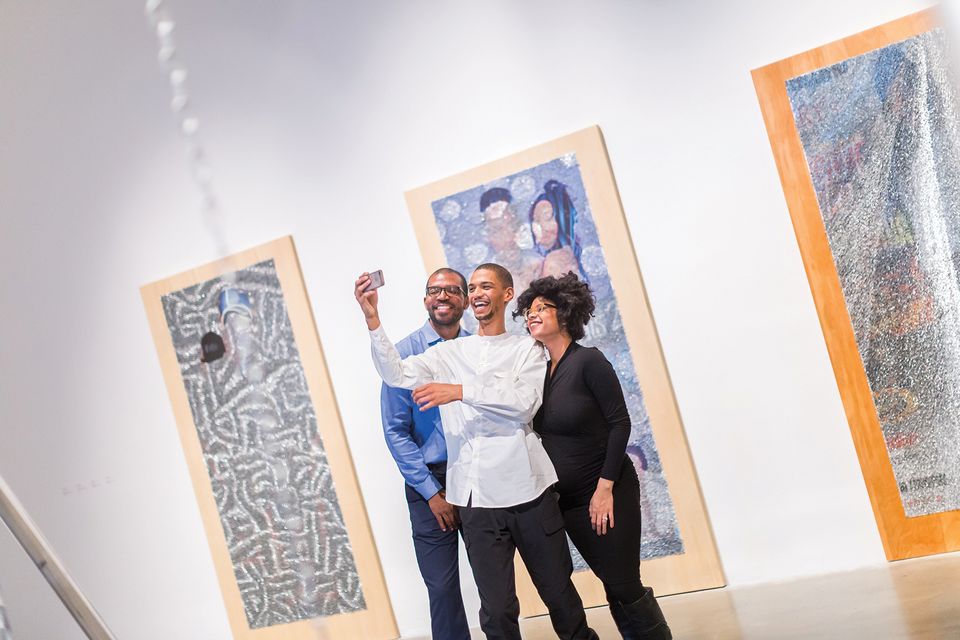 Songs for Sabotage, the New Museum’s chaotic, multivalent and mildly depressing 2018 triennial, has nothing to do with music. It does have a sound, actually several, but that isn’t the same as having a voice. Not one that speaks for a generation of disruptors, as the exhibition’s title implies. If localised political engagement is paramount for the 26, internationally based artists involved, new vision is in short supply. However, there are reasons here to feel optimistic about the next direction in art, should it ever choose to get off its low-boiling pot.

One of them is the Algerian-born Londoner, Lydia Ourahmane, who contributed two of the most complex yet subtly realised works on view. One is a wall that will crumble over time, like the current state of our union, from sonic vibrations within. Then there’s the gold tooth in her mouth; it has a migration-crisis/global trade narrative too convoluted to unravel any other way.

Another cause for curiosity is the grandly named Wilmer Wilson IV. In the first hour of the show’s opening, the Serpentine Gallery’s Hans Ulrich Obrist, the Whitney Museum’s Donna De Salvo, and MoMA PS1’s Ruba Katrib converged in front the work of this 28-year-old Philadelphian, and not just because he’s super-tall and personable. Using a staple gun for a paintbrush, Wilson shot up to 200,000 staples this way and that at wood panels to which he had pasted enlarged figures from flyers around his neighbourhood. Together they look like shimmering abstractions. “I think of it as drawing,” he said of his method, which can get out of hand. (One errant staple flew into his forehead.) Lee Connor, a Washington, DC, gallerist who discovered Wilson when he was a Howard University student, had a different take. “It’s a performance,” she said. “In sculpture.”

Diamond Stingely, a Chicago-based artist even taller than Wilson and more adventurously dressed, was responsible for ELG, an over-scaled swing set with a lone red brick balanced precariously on top. Even in a crowd, it felt haunted. “When I was a child, I dropped a brick on a schoolmate’s head,” Stingely explained, cheerily. “From then on my mom called me Evil Little Girl.” 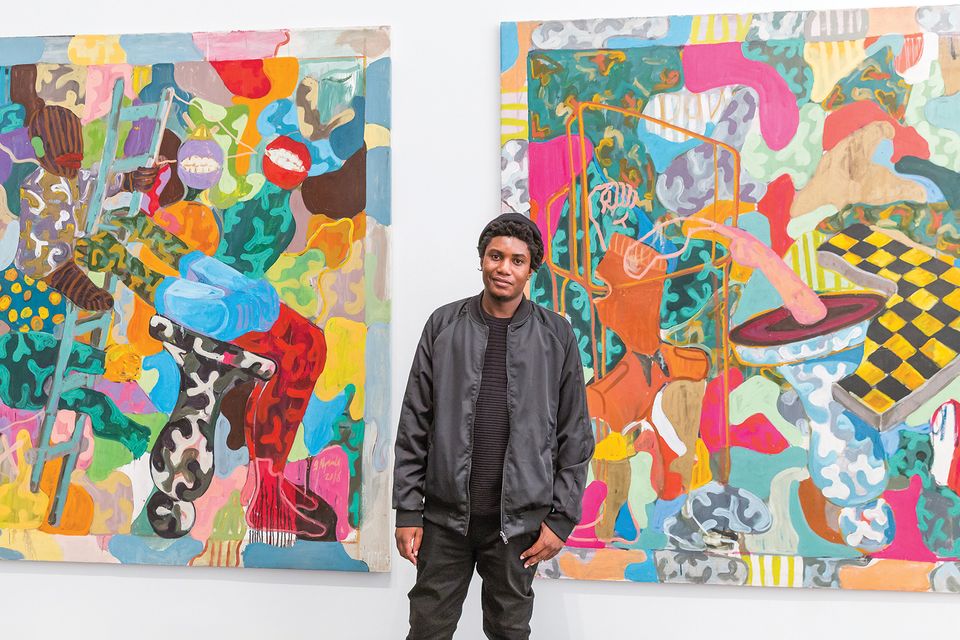 The artist Gresham Tapiwa Nyaude with his work in the triennial Photo: Scott Rudd/Courtesy New Museum

We may live in a world awash in images, but speech is still powerful, even when it’s not quite free. The lived effects of its restriction is central to Zimbabwean artist Gresham Tapiya Nyaude, who camouflages his concern with his country’s unstable politics in joyfully executed paintings. Painting actually has a larger than usual presence in this triennial, more often a chaotic affair smitten with video, performance and theatrical installation. All of that is back again, carefully crafted but achingly derivative of woke art from the days when we still had an avant-garde.

Sabotage, according to the ICA Miami's deputy director Alex Gartenfeld, the show’s co-curator with the New Museum’s Gary Carrion-Murayari, “is largely about different forms of propaganda”. At least it’s about something. That’s a plus.