Despite Covid-19, the show will open with works now safely flown across the Atlantic

The Museum of Fine Arts, Houston (MFAH) has managed to pull off the show Hockney-Van Gogh: the Joy of Nature, to bring much-needed delight in these difficult times. David Hockney, however, has apologised for missing the coming opening, citing Covid-19 travel problems.

The exhibition will open on 21 February and runs until 20 June. With the coronavirus restrictions—and assuming the museum can continue to remain open for the duration of the show—it is estimated that the exhibition will accommodate around 66,000 visitors for the four-month run, about two thirds of their number in normal circumstances. When a similar show was presented in 2019 at Amsterdam’s Van Gogh Museum (which always attracts huge crowds), it had 360,000 in three months.

Six major Van Gogh paintings have been flown over to Houston from the Van Gogh Museum and the Kröller-Müller Museum in Otterlo, in the Netherlands, all from the artist’s important French period (1887-90). A MFAH spokeswoman admitted that there were complications because of the reduced number of flights: “We worked closely with the lenders to reserve spaces on shipments well in advance. All works arrived here safely."

The Houston exhibition will present 47 works by Hockney alongside ten by Van Gogh. The Van Goghs will be a different selection from those shown in the earlier Amsterdam presentation. 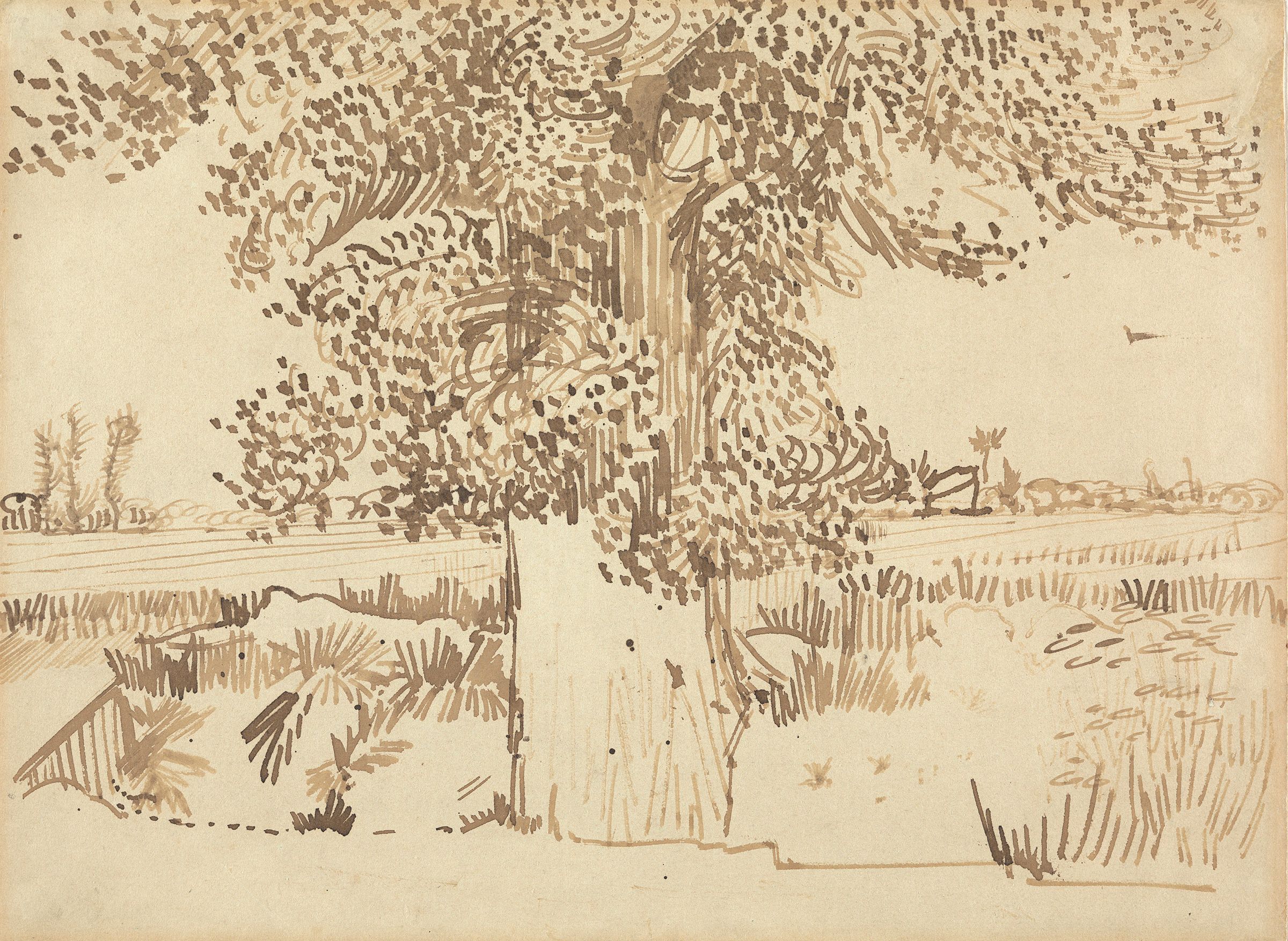 Vincent van Gogh’s A Trunk of a Tree (1888) Courtesy of the Virginia Museum of Fine Arts, Richmond (Collection of Mr. and Mrs. Paul Mellon, 95.33)

In addition to the six paintings from the Netherlands, Houston will hang its own work, The Rocks (1888). Three drawings (which are rarely displayed for conservation reasons) are being lent by other US museums: from the Menil Collection, which is only a mile away in Houston, the Virginia Museum of Fine Arts and the Rhode Island School of Design. 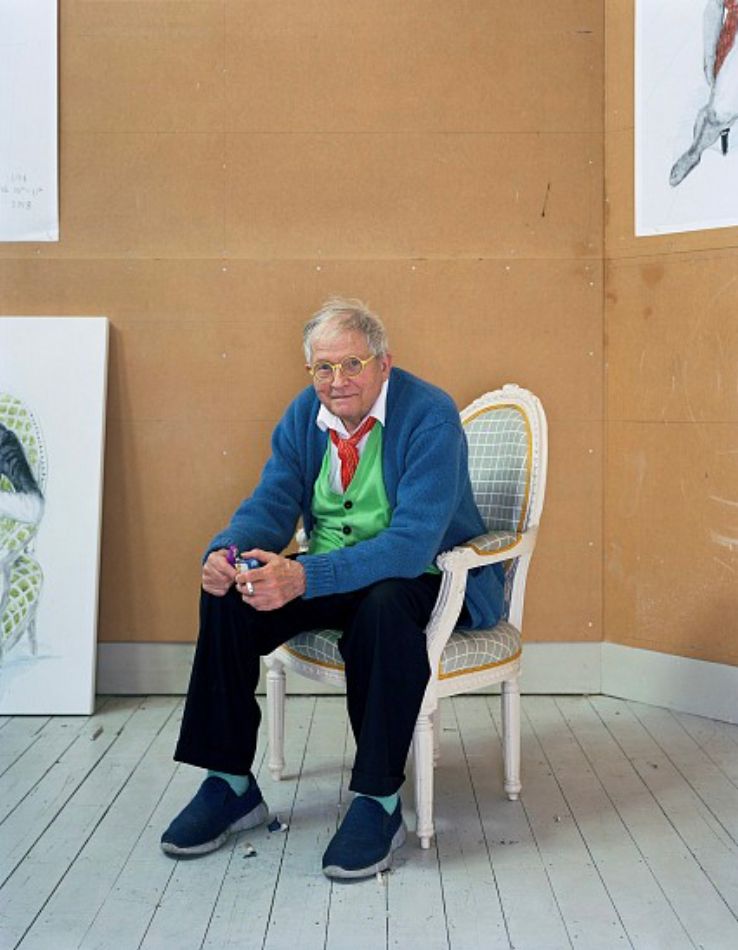 Hockney has long been an admirer of Van Gogh. When I interviewed him five years ago he pointed out that three modern artists all worked outside Paris: Cézanne in Aix-en-Provence, Monet in Giverny and, of course, Van Gogh. He explained that “they achieved what they did by looking at nature”—a comment which is very much echoed in the subtitle of the Houston show.

Hockney added: “We can only replenish ourselves by looking at nature. Van Gogh saw the landscape very clearly. Most people scan the ground so they can see to walk, but they don’t look at things that much. Van Gogh looked.”

Ann Dumas, who also works as a curator at London’s Royal Academy of Arts, organised the Houston presentation. She regards Hockney as “swimming against the tide in terms of conceptual art and that, like Van Gogh, he still wants to immerse himself in the endless variety of the natural world”.

Gary Tinterow, the MFAH's director, has enjoyed the collaboration: “It is always rewarding to spend time with David Hockney and every conversation is stimulating and memorable. The exhibition produces joy and delight—it’s precisely what the doctor ordered.”

Hockney, who is now working in Normandy, dislikes travel these days—and he would have hardly been encouraged to come to another Van Gogh opening after an unfortunate incident at his Amsterdam hotel in 2019.

I was about to step into the hotel lift when Hockney, then 81, arrived with his entourage in his wake. I moved aside for the VIPs and waited for the next lift. Their lift door then got stuck for half an hour with the crowd inside and Hockney had to be extricated by the fire brigade. Being Hockney, his first action on being rescued was to light a cigarette.

This year, Texans are spoilt when it comes to Van Gogh. Although shows on the artist are now thin on the ground with Covid-19, one of the few others will be in Dallas. Van Gogh and the Olive Groves is due to open at the Dallas Museum of Art on 17 October.

Nils Messel’s The Impressionist Trail: the What, Whence and Whither of French Masterpieces in Norway has recently been published. This thoroughly researched and elegantly designed book includes details about the purchase of the National Gallery of Norway’s Self-Portrait by Van Gogh. The gallery’s own curator questioned its authenticity in The Art Newspaper (July 1998). Last year it was finally rehabilitated and recognised by the Van Gogh Museum as the real thing, dating from August 1889.