How not to get stuck in a lift with David Hockney 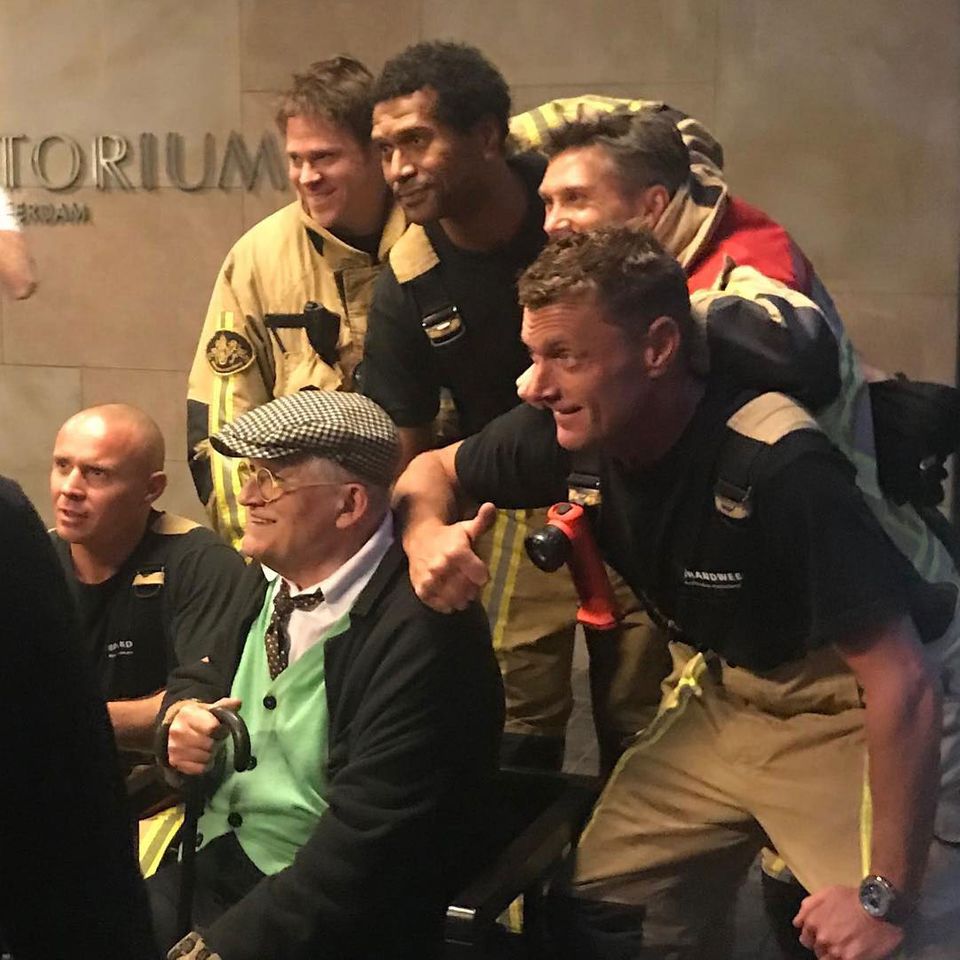 David Hockney was rescued last night by Amsterdam firefighters from a lift in the Conservatorium Hotel after a press briefing about his exhibition at the Van Gogh Museum, which opens tomorrow. The artist, who was desperate for a cigarette, was trapped for 30 minutes after the door jammed. Among those in the lift were Geordie Greig, editor of the Daily Mail, and James Naughtie, a BBC radio presenter. (Your reporter was about to step into the lift, but when he saw Hockney’s entourage sweep past he thought it might be prudent to await the next one.)

Using a screwdriver, hotel staff forced a narrow gap between the doors, passing a fold-up chair for the 81-year-old Hockney. Although some reports suggested that his entourage was too numerous, there were only a dozen people in a lift licensed to carry 16. The exhibition, Hockney-Van Gogh: The Joy of Nature (until 26 May), includes 50 landscapes by Hockney juxtaposed with 9 Van Goghs.

On Saturday, Hockney sets off for a new life in Normandy. He is renting a large house, surrounded by trees, which he will use as a base to paint the landscape. Hockney said a few minutes before being stuck in the lift: “It is going to be marvellous. I can’t think of anything better than watch the arrival of spring in Normandy in 2019. Van Gogh would have loved it.”

• For Martin Bailey’s account of the Hockney-Van Gogh exhibition, see his blog, which will be posted later this afternoon.