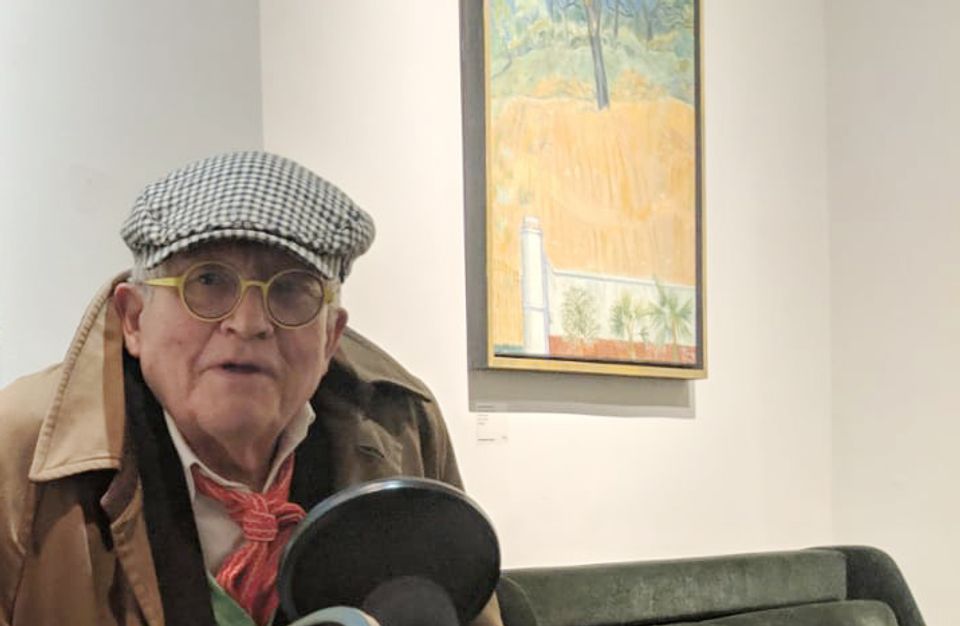 David Hockney, a great Van Gogh admirer, has named his favourite works as The Harvest and Almond Blossom. Asked by The Art Newspaper to choose two paintings he would ideally like to borrow from the Van Gogh Museum to hang in his bedroom and greet him every the morning, these are the two that he selected.

Hockney explained: “That blossom, the harvest, they are fantastic. They are so joyful. Van Gogh is looking at nature, and that is incredibly beautiful. It was, it is, and it always will be.” 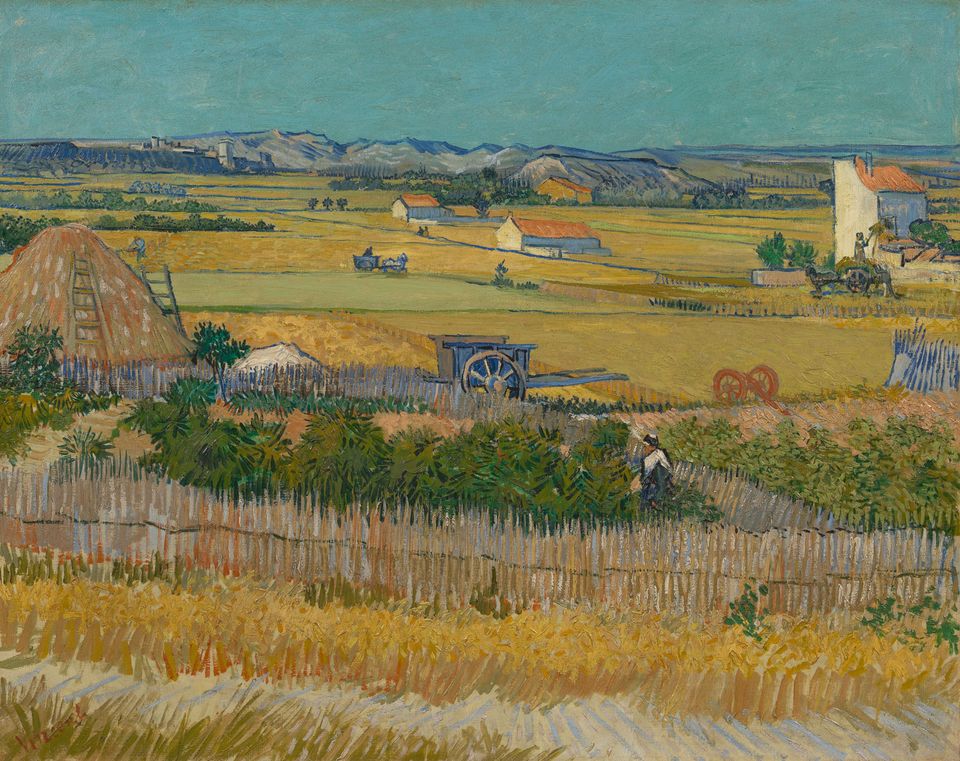 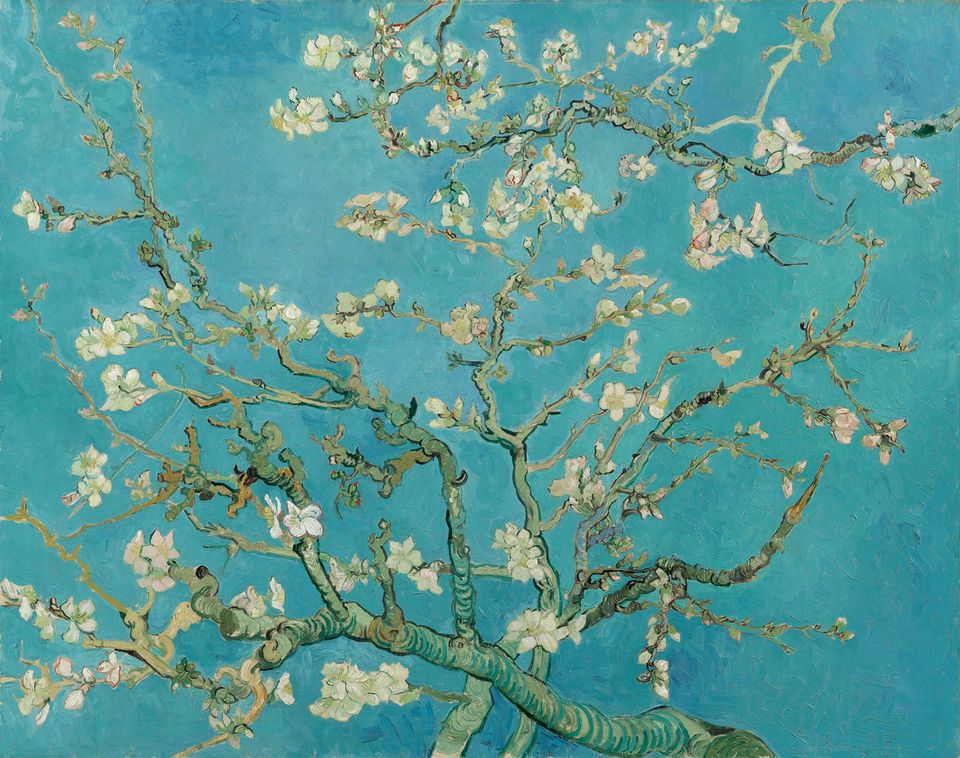 The idea of waking up to these two paintings is a dream, but Hockney was allowed into the museum’s storeroom earlier this week to see his choice of Van Gogh’s drawings. These works are only rarely displayed, for conservation reasons, but he was able study them - and at close hand. It was the museum’s way of thanking him for lending them 50 pictures for the exhibition Hockney-Van Gogh: The Joy of Nature (1 March-26 May). 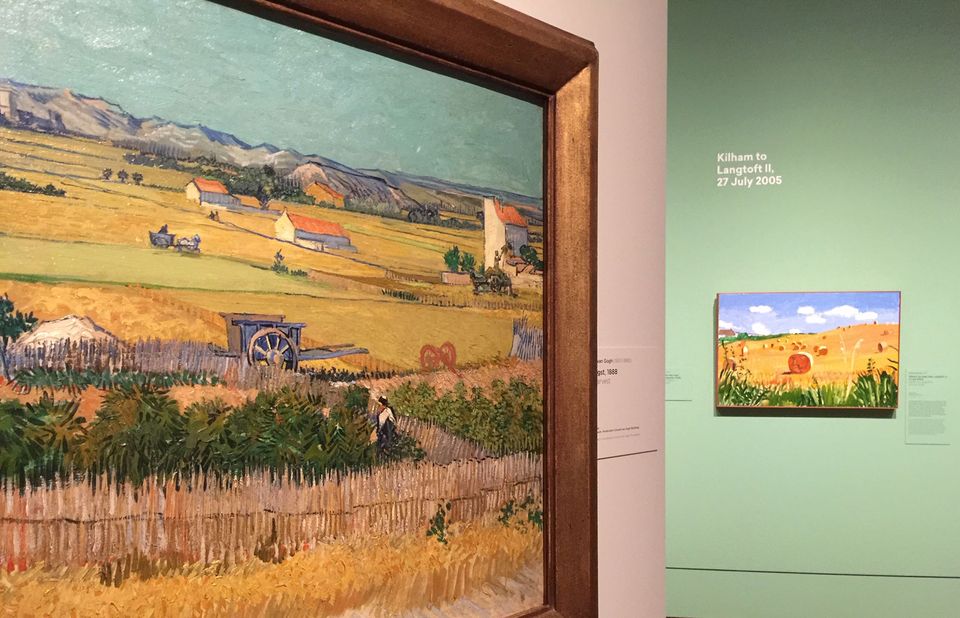 Integrating the nine Van Goghs with Hockney works proved a considerable challenge, because most of the Hockneys are much larger and in even more exuberant colours. Although the Van Goghs were sensitively displayed on separate screens, they still feel somewhat lost among the giant Hockneys.

Arguably the show should be regarded more as a monographic presentation of Hockney landscapes. Londoners have been able to see two highly popular Hockney shows at the Royal Academy of Arts and one at Tate Britain in recent years, but for Continental visitors the Amsterdam exhibition offers an unusual insight into his art.

At the opening press conference Hockney said that Van Gogh has always been his great passion, ever since 1956, when as a 16-year-old student he saw an exhibition at Manchester City Art Gallery. More than 60 years later he remains equally impressed: “Van Gogh speaks to me as a contemporary artist.”

On Saturday, Hockney sets off for a new life in France. He is renting a large house, surrounded by trees, which he will use as a base to paint the landscape: “It is going to be marvellous. I can’t think of anything better than to watch the arrival of spring in Normandy in 2019. Van Gogh would have loved it.”

A few minutes after saying these words Hockney and his entourage got stuck in the hotel lift. Desperate for a cigarette after the press conference, he had to wait 30 minutes before being rescued by Amsterdam firefighters.

• The Van Gogh portrait from his Antwerp period failed to sell at Christie’s last night, with its estimate of £8m-£12m. We had commented that although Christie’s entitled it Portrait de Femme, the woman was a prostitute (and the Van Gogh Museum identifies its sitters in similar Antwerp portraits as depicting prostitutes). Artnet News reported today that the anonymous owner who had hoped to sell the portrait is the Boston property developer Monte J. Wallace.