‘I can divide my life into before and after Judy Chicago’: Gloria Steinem reveals how the artist changed her thoughts about art at Hammer Museum gala 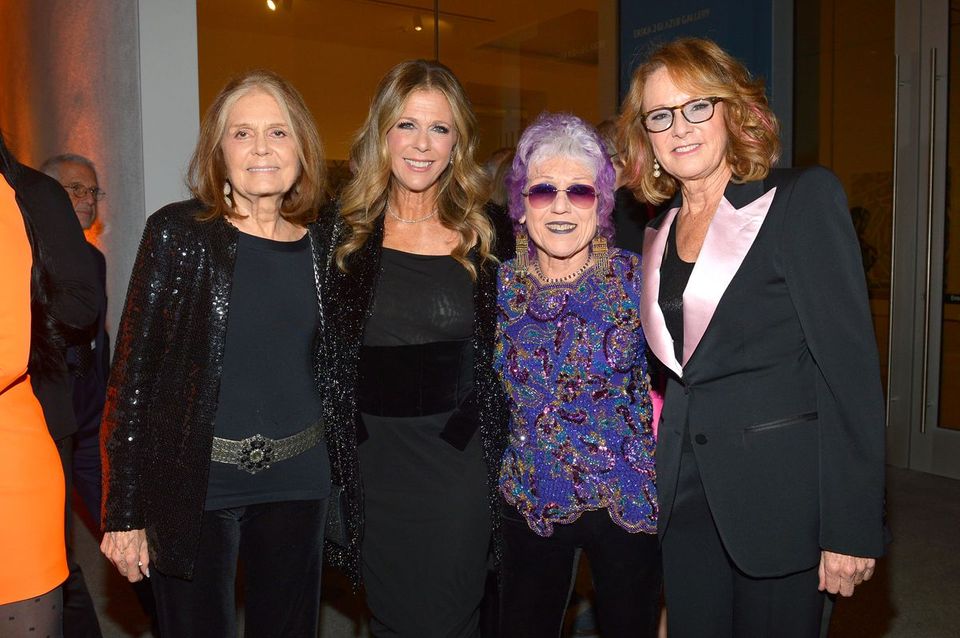 Along with celebrating Ann Philbin’s 20th anniversary as director, this year’s Gala in the Garden at the Hammer Museum honoured the artist Judy Chicago and the film-maker Jordan Peele, raising $2.7m for the institution. But the real get of the glitzy night was the feminist Gloria Steinem as a presenter.

Philbin told The Art Newspaper that she asked Steinem if she would consider being a Hammer gala honoree three different years and was soundly rejected each time. The trick to success this time: asking her to introduce Chicago instead, which she promptly agreed to. Who knew that Steinem, who launched Ms magazine in New York in January 1972, found time that winter to visit WomanHouse in Los Angeles, the short-lived art space that Chicago and Miriam Schapiro developed for their Feminist Art Program at CalArts?

The two took over a dilapidated Hollywood mansion to house performances and installations for a month, from Chicago’s tampon-studded “menstruation bathroom” to Faith Wilding’s crocheted womb room, and it all made a huge impression on Steinem.

“You can pretty much divide the art world, and certainly I can divide my life, into before and after Judy Chicago,” Steinem said. “Before I entered WomanHouse here in 1972, art seemed to be what men did in the European tradition; what women and non-European men did was called crafts,” she said, recalling how she walked through WomanHouse thinking for the first time “women had symbols too.” Later, she touched on the divisive “inventions” of gender and race before returning to her subject of the night: “We love you, we honour you. There’s no one on earth I’d rather be introducing than Judy Chicago.”