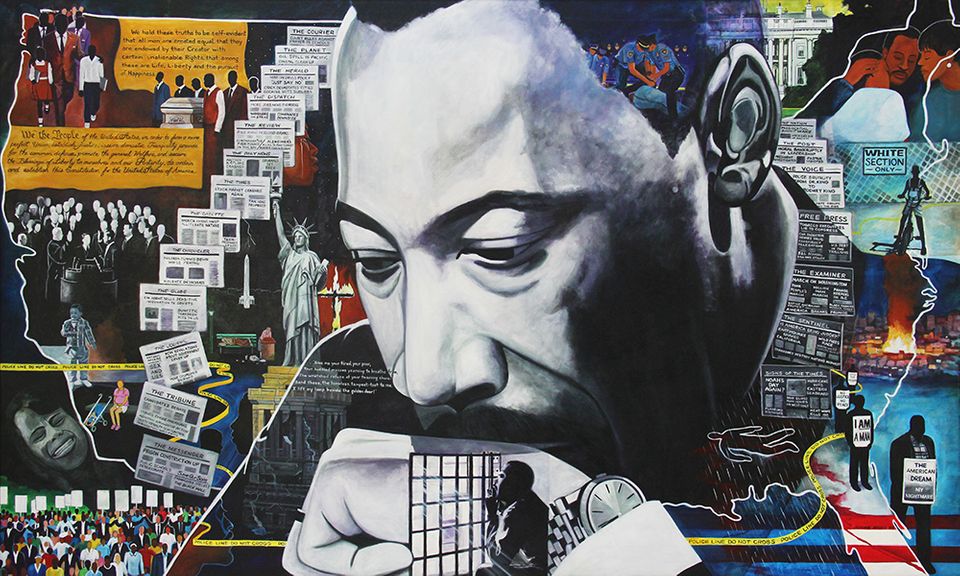 Juneteenth, a 19 June celebration dating to 1865 to commemorate the end of slavery in the US, is particularly momentous this year, the quadricentennial of the first enslaved Africans arriving in North America. The Virginia father and son artists Jerome and Jeromyah Jones have created dozens of portraits of influential African Americans, from the tennis legend Arthur Ashe to the “unbought and unbossed” congresswoman Shirley Chisholm, and are currently exhibiting 27 of these works at the Black History Museum and Cultural Center of Virginia in Richmond to mark both historical events. Jeromyah Jones says his father began this series in 1975 as a 16-year-old, and started to add his own contributions around 30 years later. The duo has created a banner in multiple editions that reproduces 69 of the portraits, titled I AM 400 (an acronym for “Ingenious African Minds”), currently on view at the Richmond museum, with “the purpose of countering the misrepresentation of black people since our ancestors first arrived to the shores of America”, Jeromyah Jones says. “This is our way of being visual historians, seeing our paintings as passports that viewers from all nationalities can use to understand ingenious African minds.”