Though the Anthology Film Archives gala at Capitale on 2 March was just a few days after the Academy Awards, Jonas Mekas said he hadn’t managed to catch the nominated movies 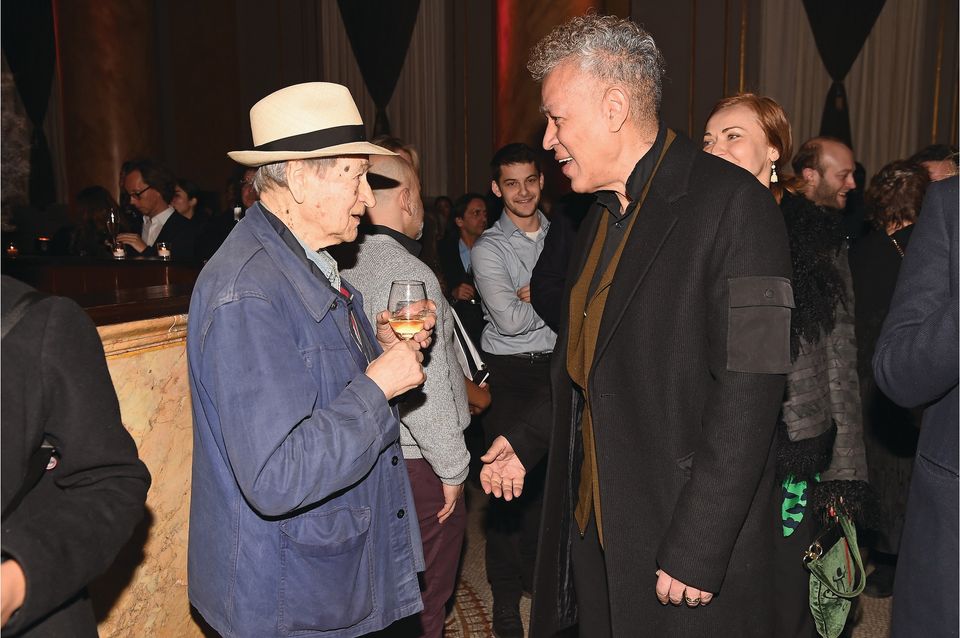 Though the Anthology Film Archives gala at Capitale on 2 March was just a few days after the Academy Awards, Jonas Mekas said he hadn’t managed to catch the nominated movies. “I have no time to see them,” he shrugged. Fair enough. The gala was to fund a $6m expansion of the New York institution that Mekas help found in 1970 (Maja Hoffmann’s Luma Foundation has already given $3m), and the 94-year-old will participate in the upcoming Documenta to boot. All around him, directors like John Waters and Jim Jarmusch mingled gamely. Paul Haggis, for some reason, made a beeline to the ballroom and sat as his table with his phone until everything else began. The Trump administration had begun its talk of pulling funding for the National Endowment for the Arts, and Andres Serrano, whose Piss Christ was the original conservative talking point for doing so in the culture wars of the 1990s, was happy to say why it was a bad idea. “It’s stupid to get rid of the NEA,” Serrano said. “Not only does it support a lot of institutions and art and culture but it’s also going to get a lot of people pissed off and mad at the president. Art and culture are important to the American people.” Gala attendees soon took their seats for dinner, and the traditional performance by Patti Smith.