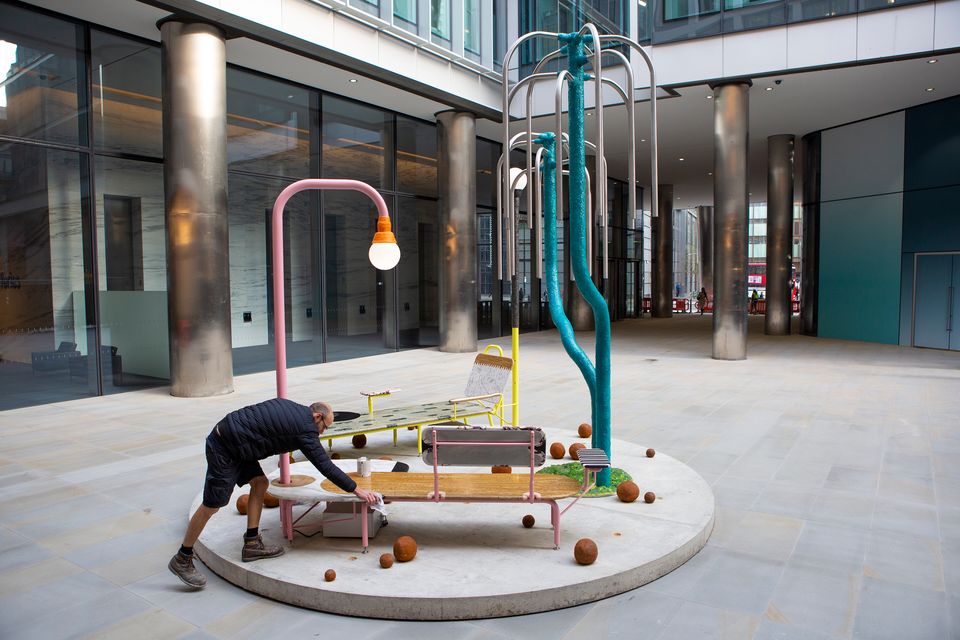 Workers and inhabitants of London’s square mile will get to see another arresting work of art courtesy of Sculpture in the City, prompting them perhaps to slow down, reflect and take time out from the rat race. Jonathan Trayte’s The Spectacle, unveiled at 100 Bishopsgate, is nothing if not playful, consisting of colourful benches, lurid lamps and a pair of quirky palm trees. “The idea is that it presents a moment of refuge in the city,” the artist tells us, adding that the natural materials and saccharine colours refreshingly contrast with the surrounding urban environment. Trayte points out also that his past career as a chef feeds into his fantastical vision, explaining also that the piece is “loosely based on the Situationist manifesto”. Other artists featured in the ninth edition of Sculpture in the City, comprising 19 works, include Nina Saunders, Nathan Coley and Lawrence Weiner who is showing a new version of his text piece All Together Now (2019).