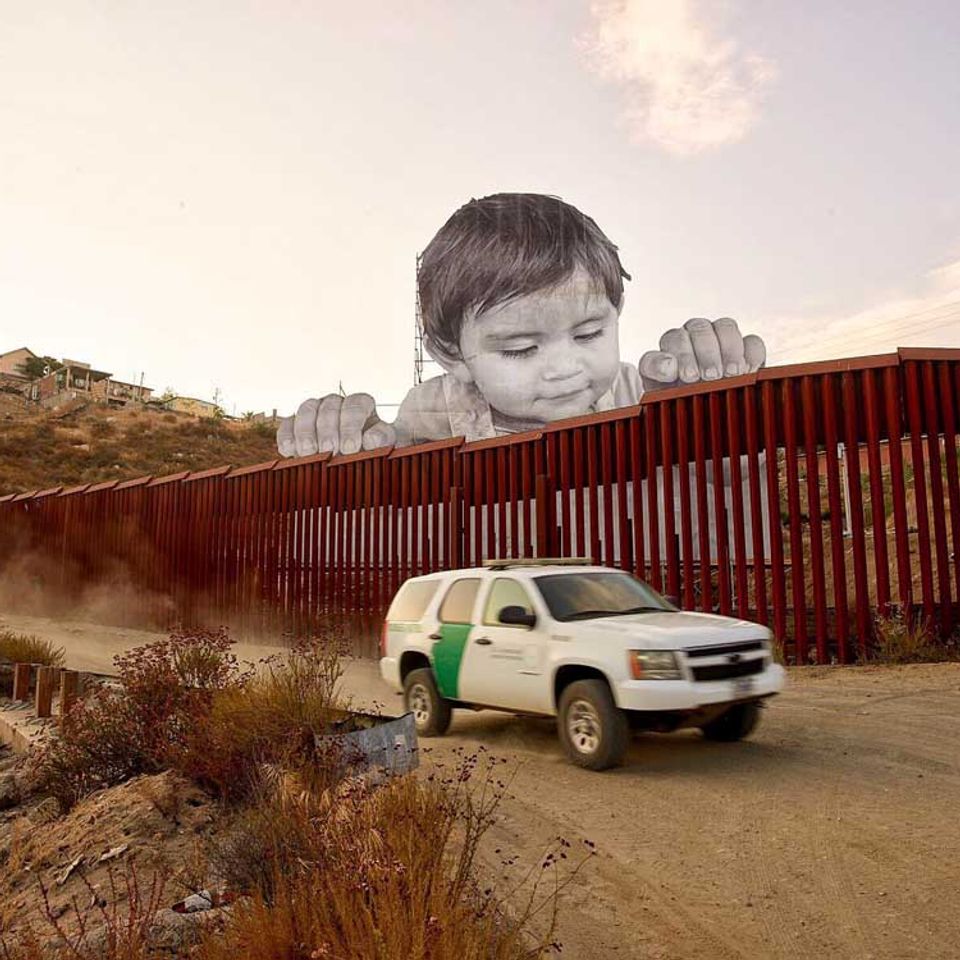 JR's work on the US/Mexico border @JRart via twitter

The French street artist JR has a very young collaborator on his latest work: a one-year-old boy, David Enrique, who lives in Mexico near the border with the US. As reported by the New York Times, the adorable (and photogenic) baby is the subject of JR’s 20x20m work-in-progress, a blown-up image of Enrique appearing to peek over a fence along the border, which is only visible from the US side. JR revealed the work on 6 September, a day after President Trump announced his plans to repeal President Obama’s executive order DACA (Deferred Action for Childhood Arrivals), which gives illegal immigrants who came to the US as children the ability to renew a two-year deferral of deportation and the right to have a work permit. However, JR’s studio manager told the Los Angeles news site LAist that “[t]he timing [was] fortunate” and not intentional. US Customs and Border Protection told LAist that, since “the artwork installation has been constructed in Mexico and is not affixed to any border infrastructure”, they did not have a comment, while the authorities in Mexico—where the work has been installed—have not raised any issues with JR, according to Azoulay. JR is due to speak this evening (7 September) at the Los Angles gallery Blum & Poe with the curator Pedro Alonzo about recent projects and the subject of immigration in his work. The artist has previously addressed immigration, such as a 2014 exhibition of life-sized historic images pasted around Ellis Island in New York, the country’s largest immigration gateway from 1892-1954.