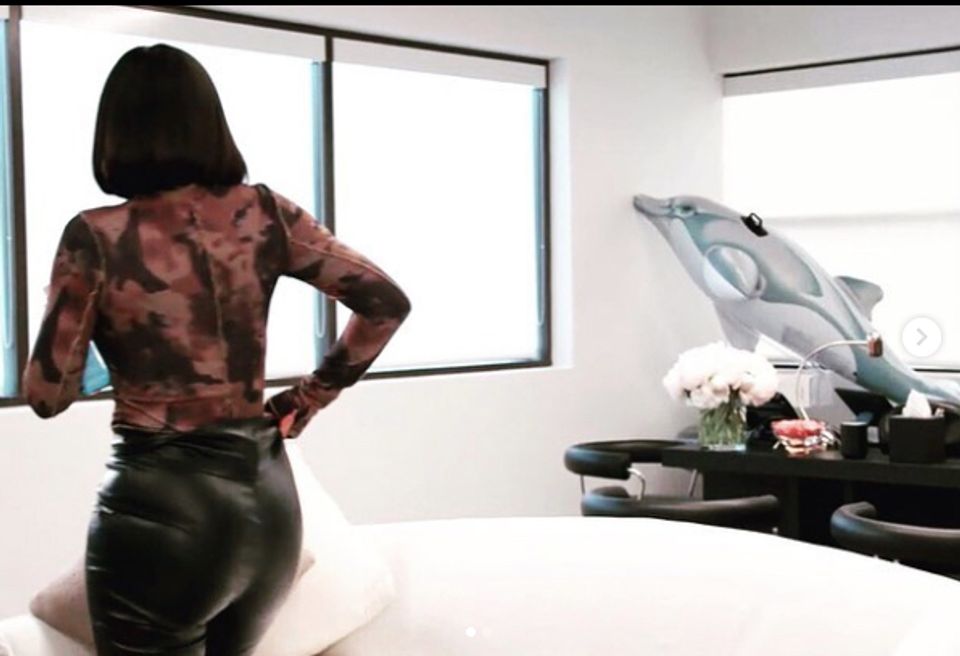 With a net worth estimated at $1bn, Kylie Jenner could easily afford a Jeff Koons. Or 20. But, it seems the canny make-up mogul and youngest Kardashian is more than happy to keep it real with a limited edition inflatable dolphin by the US artist, wedged somewhat unceremoniously in the corner of her office. In the latest season of Keeping Up With the Kardashians, Kylie meets with her mother Kris Jenner in her Los Angeles office. As Kris gets up to leave she asks her daughter: “Why do you have a dolphin in your office?” Kylie fires back: “It’s a Jeff Koons.” Cue laughter (Kris has previous form for “art-shaming” Kylie’s sister Khloe for not knowing who “K-O-O-N-S” is). Koons’s steel dolphins have been known to sell for $5m, one such version was last seen on Gagosian’s stand at Art Basel in Miami Beach in December (remember art fairs?). Other owners of the bling-tastic work of art include the singer Rihanna, who reportedly received one for Christmas several years ago. Kylie, who collects Warhol and Basquiat among others, is a regular on the art fair circuit and was spotted jetting into Miami at the end of last year. We’re inclined to think that she followed The Art Newspaper’s advice while she was in town and nipped down to Alvin’s Island gift shop and purchased her inflatable ride-on version for $11.99. Savvy businesswoman indeed.