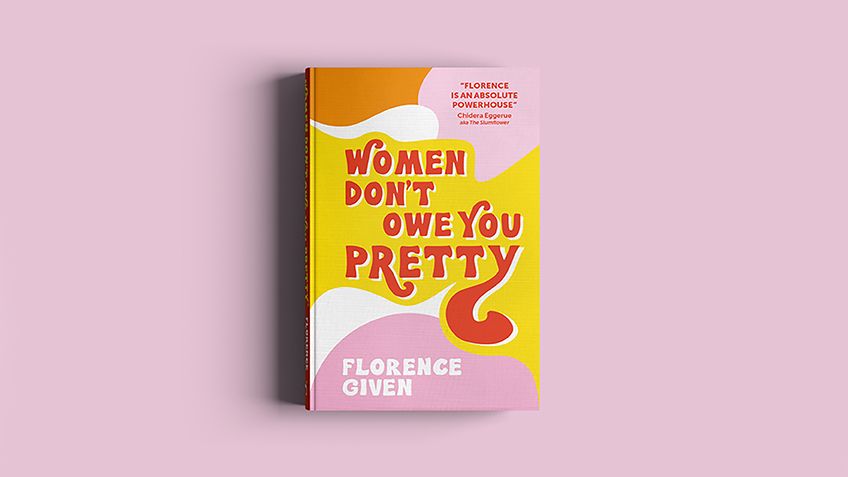 Women Don't Owe You Pretty by Florence Given courtesy Octopus

UK artist Florence Given has dominated social media feeds since the release of her book Women Don’t Owe You Pretty (the London-based illustrator has amassed more than 500,000 Instagram followers). The new publication from Cassell documents Given’s journey through 1990s third-wave liberal feminism via her illustrations—expanded upon in advice and anecdotes—featuring glamorous women with body hair accompanied by retro-style typography.

But perhaps the illustrations could be allowed to speak for themselves rather than having to rely on the bold lettering (for this reason the work feels a little condescending). For example, one image shows a woman holding a martini glass wearing a beret and cat-eyed glasses, brandishing also a cigarette in a perfectly manicured hand, emblazoned with the question “One of the ‘nice guys’, huh?” (the work was made in collaboration with the Los Angeles-based artist Maile Mildrexler).

It does need to be said that in today’s world of soundbites and populist feminism, Given’s unapologetic tone proves effective, straddling the gaps between influencer, artist and author with statements such as “Love Sex, Hate Sexism” and “Life is Short, Dump Them”. We need no more evidence of her appeal than her newfound title of Sunday Times Bestseller.

However, Given knows her audience and plays it well; her book is brimming with advice and instruction for young women navigating the 21st century. Indeed, Women Don’t Owe You Pretty has been exceptionally successful. With the blurb graciously professing itself as "the ultimate book" challenging the patriarchy, there may be a slight lack of nuance and complexity though. E.C.