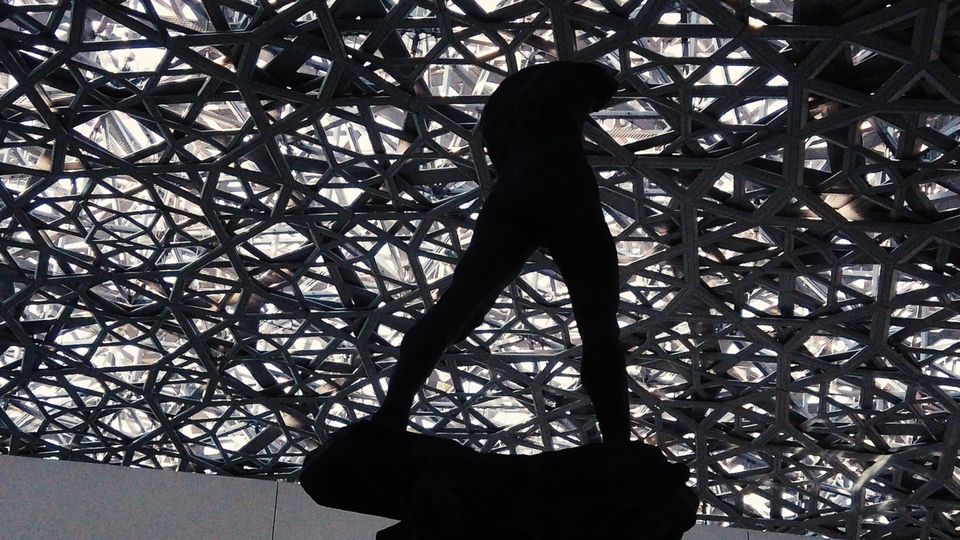 We Are Not Alone, Soundwalk Collective courtesy Louvre Abu Dhabi

Louvre Abu Dhabi is inviting us to go thousands of years into the future thanks to an absorbing audio and visual experience created by the Soundwalk Collective group which is known for creating “sonic landscapes”. The piece, We Are Not Alone, begins with the museum architect Jean Nouvel who has recorded a message for future generations. “A narrator then places the audience within the tale’s futuristic world, inviting them to imagine the museum’s surroundings in a galaxy that has survived long after human extinction,” a statement says.

The voiceover comes in six languages with a host of big-name cultural figures acting as narrator (US actor Willem Dafoe gives the English version, French actor Charlotte Gainsbourg speaks in French and English, Chinese actress Zhou Dongyu narrates in Mandarin). The video is available on Louvre Abu Dhabi’s website while an accompanying podcast is a taster for a future on-site 40-minute audio tour available via Louvre Abu Dhabi’s multimedia guide.

The script was written by Stéphan Crasneanscki of Soundwalk Collective who tells us that "as you move around the museum, you realise the legacy of the homo sapiens species, from the stone age to contemporary art. Nouvel’s domed structure [the museum building] touches on the idea of the cosmos.” Crucially, the piece tackles the “Utopian question of how we function in the world. We’re laying down a future faster than we think. This is an echo chamber of the future—we're talking about the end of humanity which is clearly moving towards artificial intelligence, another extension of human creation."