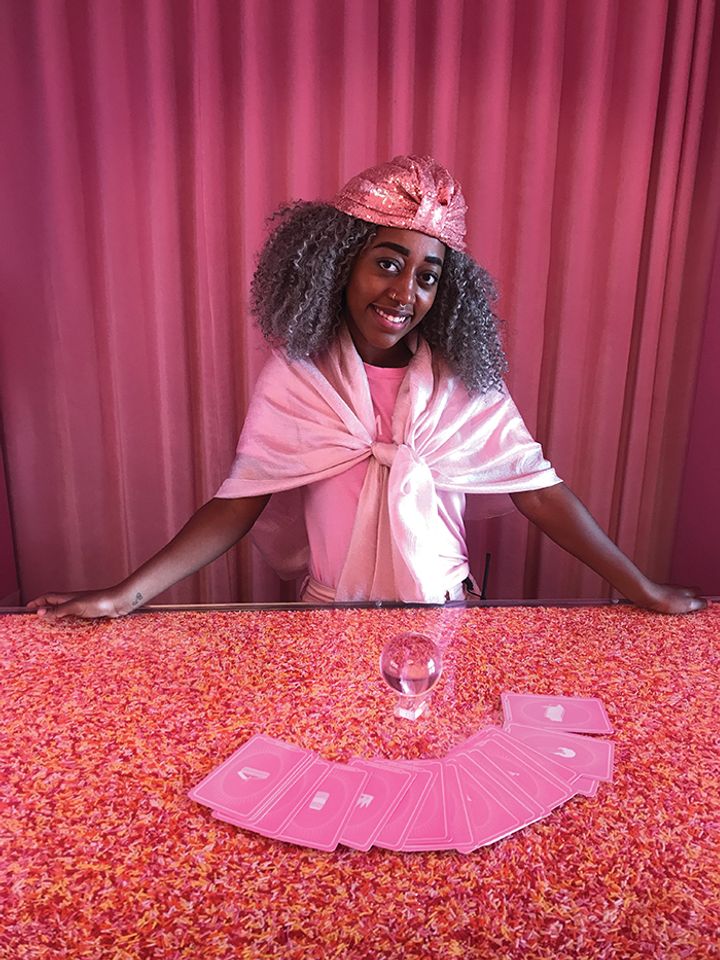 We all scream for ice cream

Those with a sweet tooth should head to the Museum of Ice Cream in Miami Beach’s Faena district, which is brimming with treats such as a clairvoyant who greets visitors with an ice cream-themed tarot reading. “A card marked with a swirl means that you know yourself, you take care of yourself,” was one scoop of wisdom. A museum guide informed the crowd that the space was designed by Rem Koolhaas—“which is great as it’s a cool house!” she shrieked. The “cool” exhibits included a “sprinkle pool”, a pit filled with millions of plastic versions of the mini sugary toppings. But the sickly-sweet venture proved too much for one veteran journalist, who told us that, for the “first time in my life, I’m so happy that I’m diabetic”. 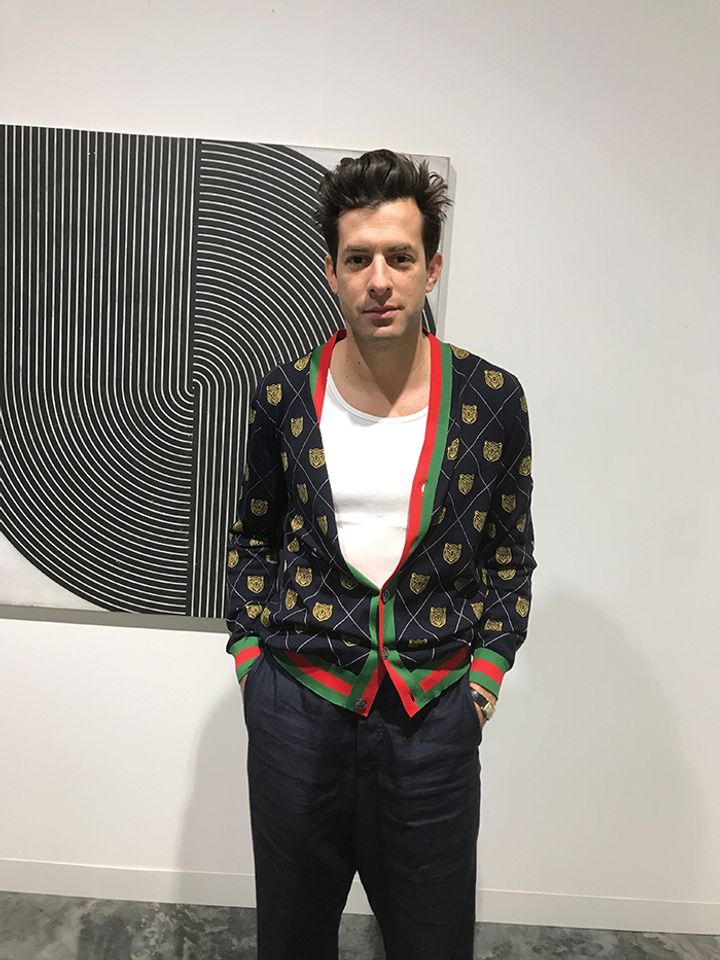 The ever-hip DJ Mark Ronson was seen wandering the aisles of Art Basel in Miami Beach yesterday, looking impressively fresh-faced after manning the decks at Hauser & Wirth’s beach party the previous night. (We hear that the UK’s royal family was out in force at the lavish 1 Hotel South Beach bash, with Sarah, Duchess of York, Princess Beatrice and Princess Eugenie, a director at the gallery, in attendance.) Ronson picked out his favourite works at the fair, plumping for pieces by Nathaniel Mary Quinn and Derrick Adams at Rhona Hoffman Gallery. The award-winning music producer revealed that he is a budding collector, and is keen on Frieze (as well as ABMB, of course). 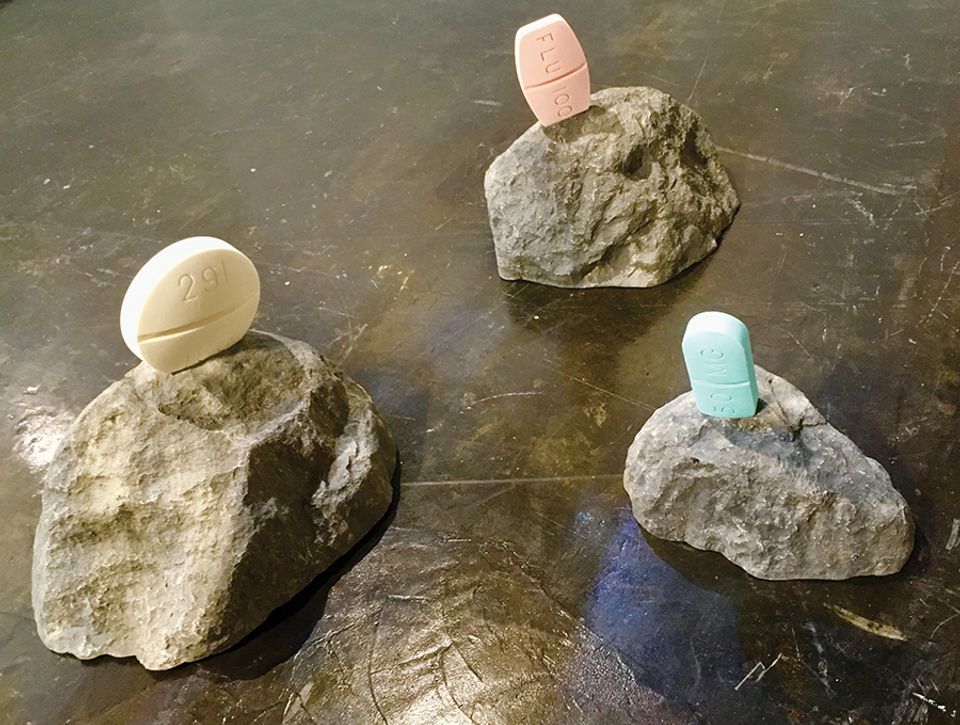 Three sculptures of giant pills, made from soap and set in fibreglass rocks, are attracting much comment on Simon Preston Gallery’s stand at Nada Miami—perhaps because people could relate to them. The works, by the Los Angeles-based artist Marco Rios, are giant replicas of medications used to treat depression, obsessive-compulsive disorder and acute migraines, which sounds like an ideal chemical cocktail for Miami Art Week. “We’ve already got all of those in our bathroom,” one collector admitted. 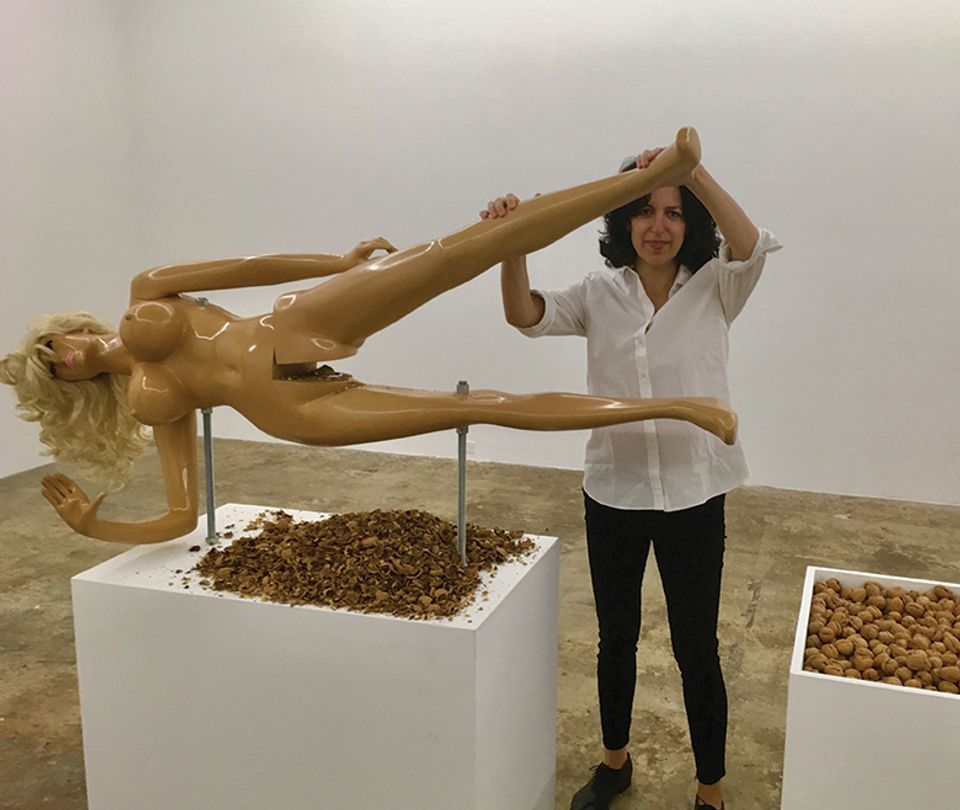 Jennifer Rubell, the artist daughter of the Rubell Family Collection’s founders, Mera and Don Rubell, has a cracking sculpture in Still Human, the foundation’s current show. Lysa II, a buxom Barbie-like mannequin, is a fully functioning nutcracker; visitors can place the walnuts provided in the installation between Lysa’s legs to snap their shells. The piece, inspired by a gag about Hillary Clinton, plays on caricatures of women as sexualised objects who are aggressively anti-male, the artist says. But she also wanted to point out “a peculiar pleasure and also a horror in manipulating this big-breasted woman to crack nuts—I wanted to empower the viewers and also make them complicit”. Participants seemed none too disturbed by this dilemma as they eagerly cracked on.