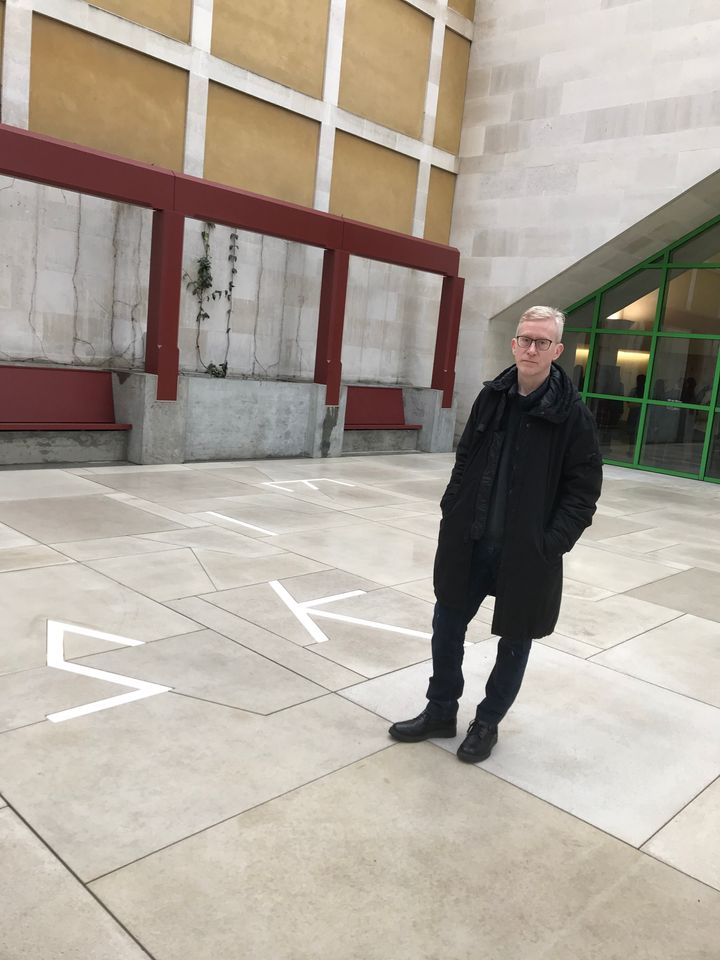 A new, site-specific work by the Scottish Turner prize-winner Martin Boyce has been unveiled at Tate Britain. But it might take a little while to locate the subtle, luminescent installation which is located near the Clore Gallery entrance. Boyce’s Remembered Skies commission comprises a series of seemingly random letters scattered across a concrete floor. Clarrie Wallis, Tate's senior curator of contemporary British art, explains how the piece develops Boyce’s concrete floor installation commissioned for 2007 Sculpture Projects Münster, We are Still and Reflective (Like Stars and Broken Glass). “The pattern came from four abstract, cast concrete trees made by the sculptors Jan and Joël Martel for a garden by Robert Mallet-Stevens for the Exposition Internationale des Arts Décoratifs et Industriels Modernes 1925 in Paris. For the Clore Commission, Martin has simplified the tree patterns to its most basic grid and illuminated the letters.” The letters, placed in relation to the tree pattern, tumble down, prompting onlookers to piece together the separate elements. But why call the work Remembered Skies? “It subtly references Turner’s rendition of skies which always came from a composite of the seen and the remembered,” Wallis adds. Indeed, the work has an instinctive feel, as joining the dots (or letters) adds a poetic dimension (and meanwhile, Tate Britain houses the world's largest collection of Turner works).