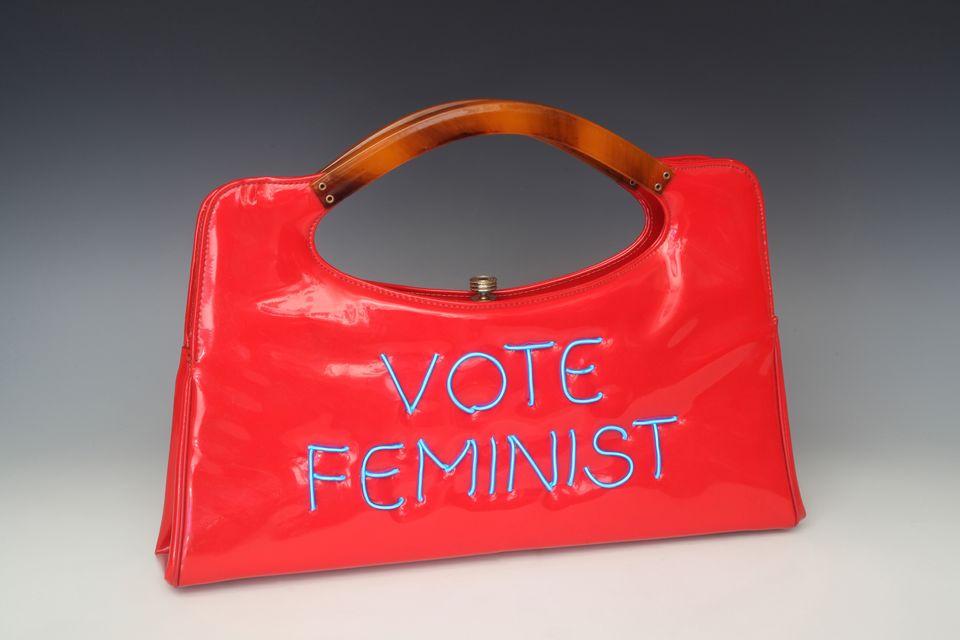 Calling all voters: Michele Pred, the artist whose handbags—emblazoned with messages like NEVERTHELESS SHE PERSISTED—graced the Oscars red carpet this year, is bringing her fierce work to New York’s Nancy Hoffman Gallery in time for the mid-term elections. The exhibition, Vote Feminist (18 October-24 November) looks at issues like gun violence and the race and gender pay gap, with new works made from materials such as vintage voting machines, bulletproof vests (given a makeover with tapestry and messages in Electroluminiscent wire) and bullets. Pred is also re-staging her 2017 Miami Art Week Parade Against Patriarchy, in which other female artists like the Pussyhat Project creator Krista Suh participated, as a co-ed event. In Nevertheless We Vote: An Artist’s Call to the Polls, Pred is due to lead marchers from Washington Square Park to Nancy Hoffman Gallery on 3 November, and Pred has launched a kickstarter campaign to support the event. “Yesterday’s hearing [on Brett Kavanaugh’s nomination to the Supreme Court] put a bright spotlight on just how ill-equipped our current political structure is when it comes to truly hearing the voices of women; never mind the individual examples of condescension and outright misogyny on display,” Pred says. Christine Blasey Ford, who testified about her alleged sexual assault by Kavanaugh, “heroically described an experience that is all too common on a daily basis. I am trying to make art that helps all of us speak up like Dr Blasey Ford did”.