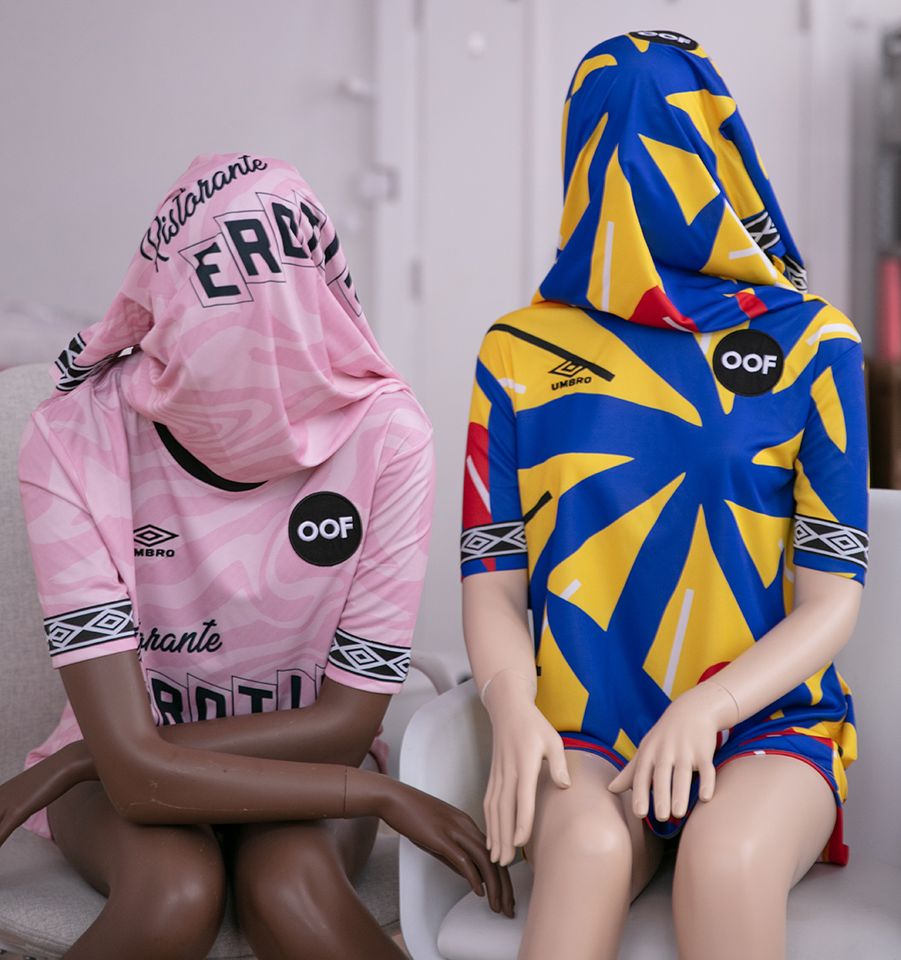 A new collection of football shirts that double as collectable works of art will pique the interest of footie fans and fashion-conscious collectors alike. Perfect for those who struggle to choose between Ibrahimović and Abramovic, or Arsenal and the Arsenale, etc etc. This limited-edition series of 300 shirts is the first collaboration between the sportswear supplier Umbro and the art and football magazine Oof, for which they have commissioned two UK-based artists to design eye-catching kit that will turn heads on and off the pitch.

The photographer Juno Calypso—best known for her hazy and hyper-feminine self-portraits—has designed a wavy garment with a subversive twist. Save for Palermo F.C, her signature pink hues are not often seen on the football pitch, inviting critique of the sport's cult of masculinity. It also references a fictional brothel. This is Calypso's second time collaborating with Oof, having captured herself splattered in mud and blood for a Women's Fifa World Cup edition in 2019. Meanwhile, Rhys Coren, who works primarily with painted marquetry and is influenced by music subcultures, has created a bold, summery look emblazoned with palm trees, that evokes a Balearic bacchanalia.

Launched in 2018, Oof looks to combine the mass appeal of football with the often rarified (read: exclusionary) world of art. Fittingly, this venture aims to allow non-art world elites to actually buy art. "Now you get to be an art collector without having to wear a turtleneck," says Eddy Frankel, the magazine's editor (and former intern at The Art Newspaper—they grow up so fast!). The shirts are available at umbro.co.uk and oofmagazine.com priced at £55 each. But don't miss that sitter, they're almost sold out.