Vincent van Gogh was not just a tortured soul, but he also had a sense of humour and even enjoyed impersonating his friends, according to Sjraar van Heugten, the curator of an exhibition which opens tomorrow in the Dutch city of Den Bosch. He quotes Andries Bonger, a family friend, who once said that “when Vincent was on form, he was blithe, jovial, dropped jokes along with funny stories and proved to be likeable and an excellent impersonator”. 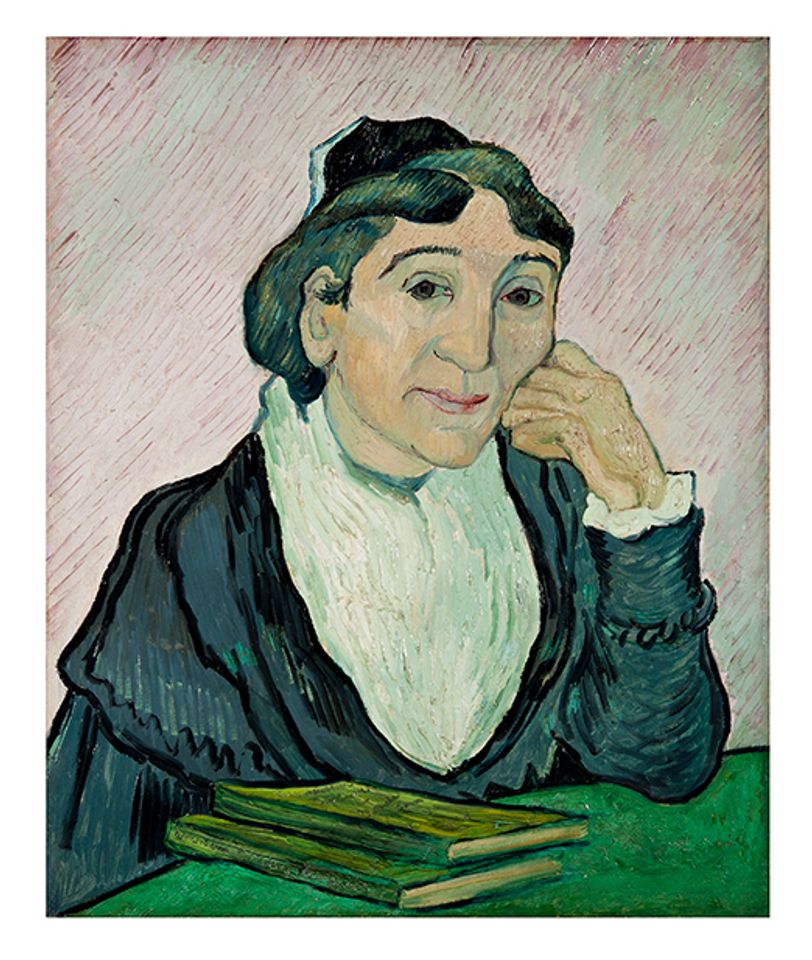 The exhibition at the Noordbrabants Museum in Den Bosch focuses on the artist’s “friends, family and models”. But why a major Van Gogh show in Den Bosch, best known as the home of the late medieval artist Hieronymus Bosch? Although only rarely visited by Vincent, the city is the capital of North Brabant, the province where he was brought up. 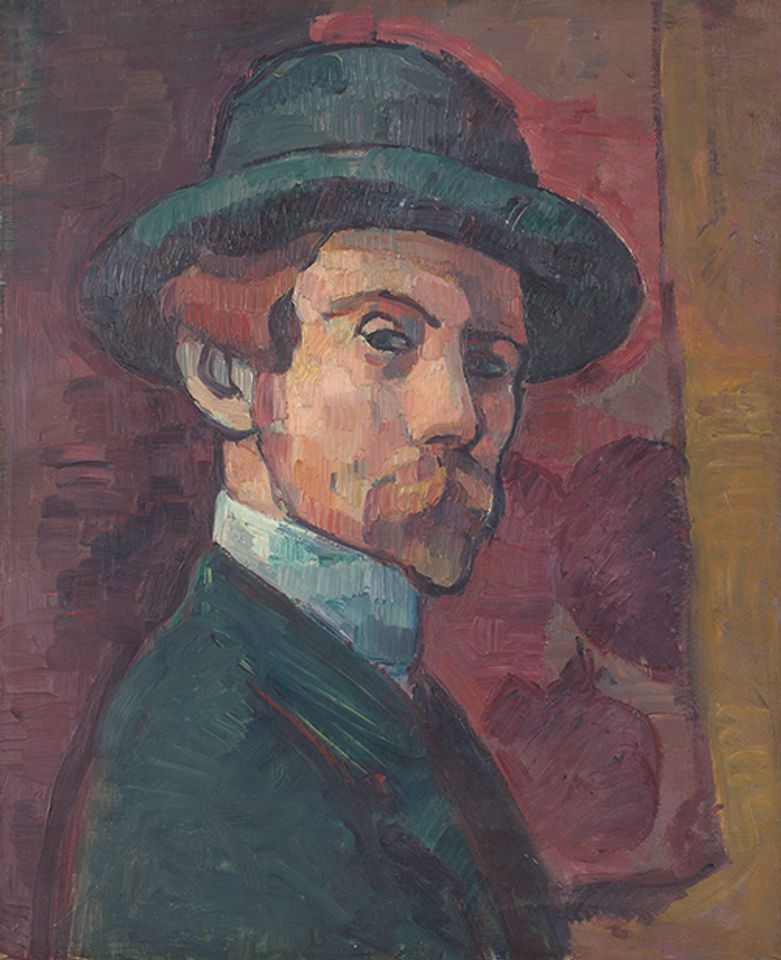 The Noordbrabants exhibition includes 16 paintings by Van Gogh and around 20 drawings. These are displayed alongside numerous works by his artist friends, including Emile Bernard. Among the Van Gogh paintings is a small portrait which the show entitles as a portrait of his brother Theo, although the Van Gogh Museum still believes it is a self-portrait. If indeed it portrays Theo, then this modest, intimate picture is the real star of the show, since he was Vincent’s closest confidante and supporter. 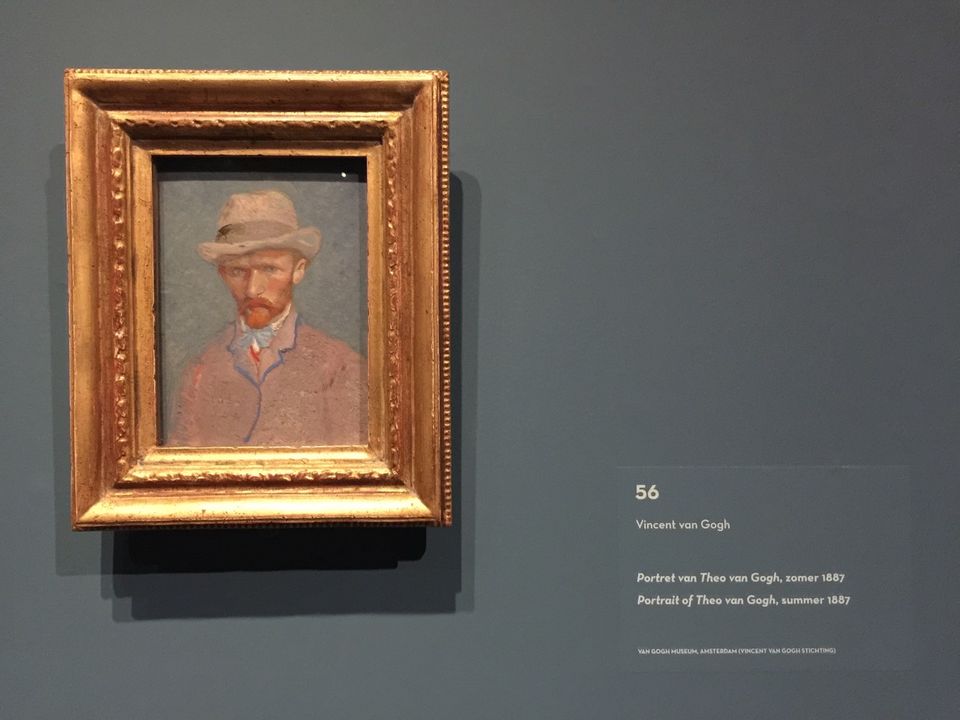 But what is special about the Noordbrabants exhibition is a very unusual group of rarely exhibited letters, sketchbooks and notebooks—very personal documents reflecting the artist’s friendships.

These include three small sketchbooks which Vincent filled for Betsy Tersteeg, the four-year-old daughter of his boss at the Goupil art gallery in The Hague, where he worked in his youth. Among the exhibited sketches is an 1873 drawing of a spider in a web, with four entrapped flies and beetles.

From towards the end of Van Gogh’s life, there is a letter from Paul Gauguin sent just after the Dutchman had cut off most of his left ear. Gauguin wrote that his companion in the Yellow House in Arles had been “raving mad and for a month I had to endure the fear of a fatal and tragic accident”.

The exhibition includes an important group of condolence letters, which have only once been displayed. These were sent to Theo after his brother’s suicide. Gauguin praised him as “an artist—a rare thing in our epoch”. Henri de Toulouse-Lautrec wrote “what a friend he was to me”. Camille Pissarro said that the loss “will be deeply felt by the younger generation”.

An unexpected addition to the Noordbrabants show, not in the catalogue, is a letter from Theo to the critic Albert Aurier, dated 27 August 1890, a month after the suicide, saying that he wanted to arrange an exhibition of his work at the dealer Paul Durand-Ruel. This was proving difficult, although Theo had “not yet despaired”; sadly Durand-Ruel declined, and instead Theo mounted an informal display in his Parisian apartment. This letter is on loan from the Brazilian collector Pedro Corrêa do Lago. 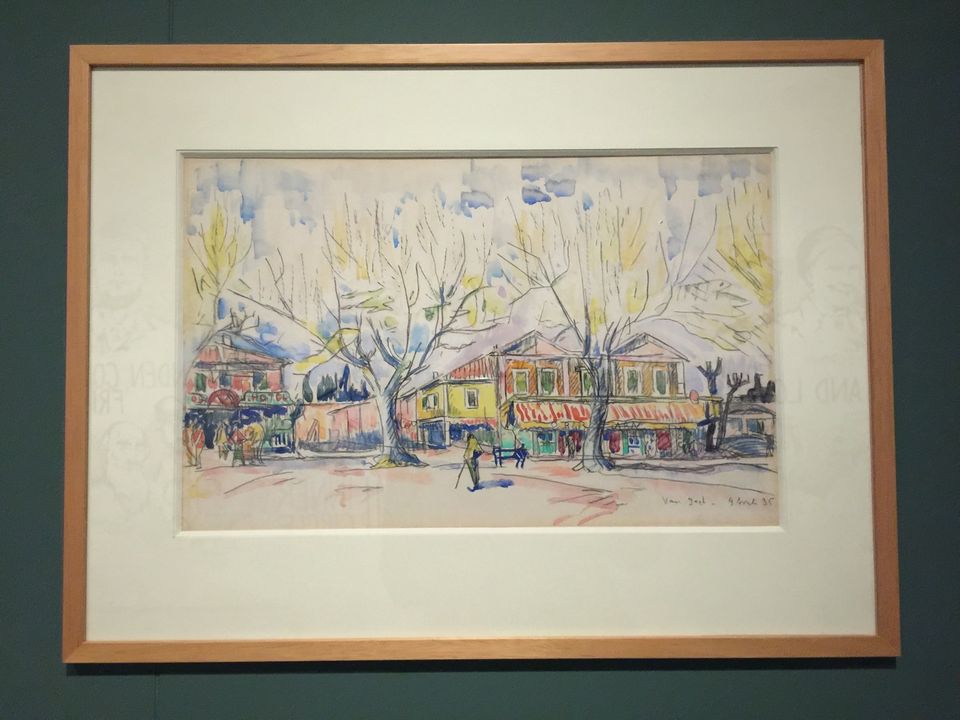 Among Van Gogh's younger colleagues was Paul Signac, who paid tribute to him over 40 years later by visiting the places where the Dutchman had lived in Provence—and painting watercolour landscape scenes. The Noordbrabants exhibition also includes two rarely displayed views of the Yellow House (two other watercolour sketches of the asylum just outside Saint-Rémy-de-Provence have also just been discovered).

Helewise Berger, the Noordbrabants curator for 19th-century art, points out that the idea of Van Gogh as a lonely artist is something of a myth. Although his plain-speaking often alienated people, he was a “passionate man and his relationships were often strong and enduring”.