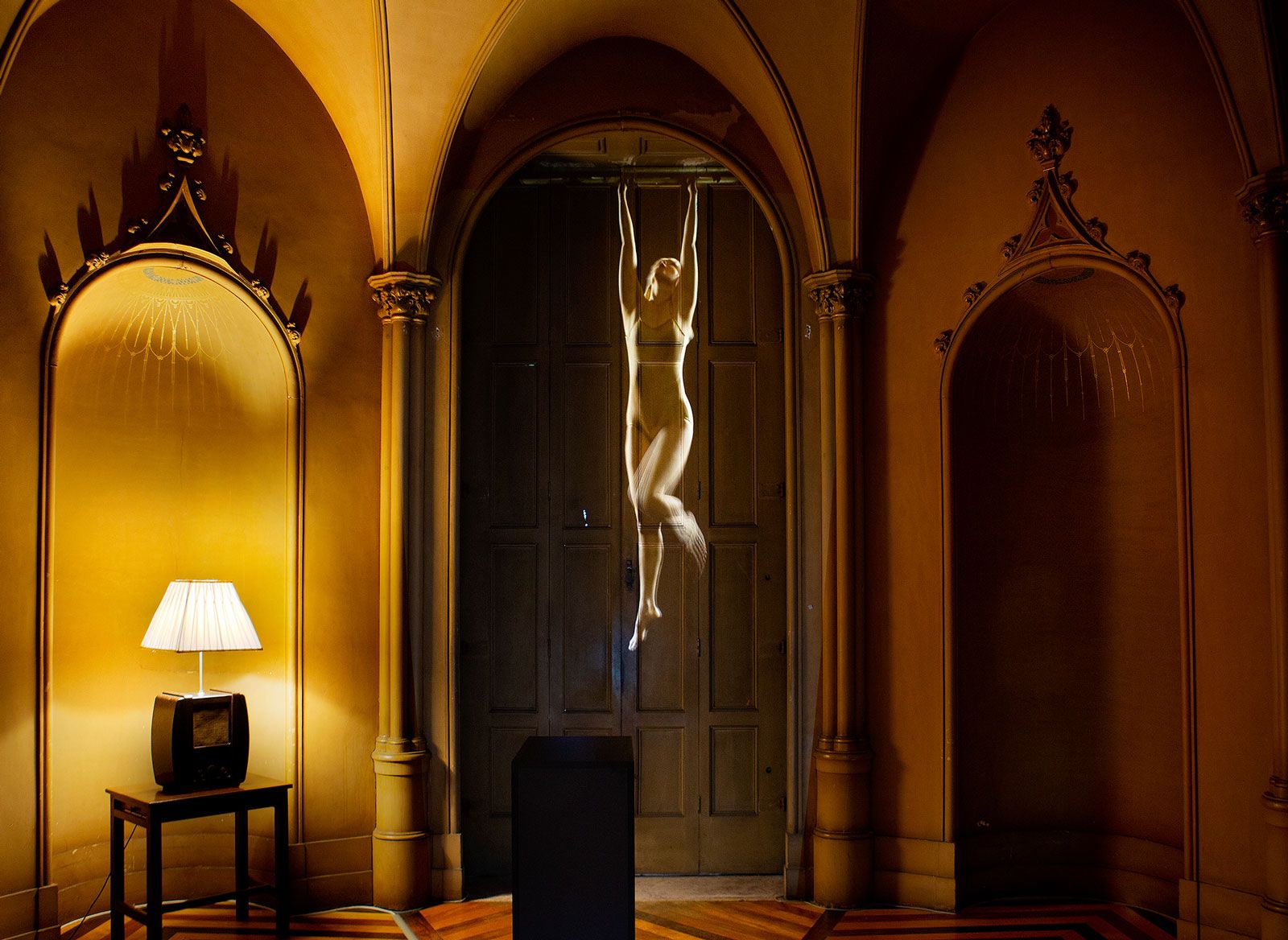 Portugal’s second city Porto has a charming new art space, the Palacete Pinto Leite, which opened last week with a show of video works by the Australian pop star Sia and the director Daniel Askill. The exhibition amply displays how the videos for pop hits like Chandelier, Elastic Heart and Cheap Thrills have garnered more than two billion views in the space of a decade, turning Sia from little-known indie act to a worldwide cult icon. The star of these videos, the prodigious teenage interpretive dancer Maddie Ziegler, is projected onto the building’s resplendent features, still visible under the dust and decay.

The Neo-Palladian mansion on the edges of the city centre was built by the merchant and banker Joaquim Pinto Leite in 1860, based on an ornate Mayfair townhouse. Leite’s family lost their fortune in the years after the Second World War and, in 1966, the City of Porto appropriated the building. It housed the city’s music school from 1975 until 2008 and then laid mostly empty until the Portuguese art collector António Moutinho Cardoso bought the palace at auction in 2017. After further restoration, Cardoso plans to use the space to display his own art collection, as well as an artist residency initiative.

The exhibition was produced by Semi-Permanent, in concert with Porto City Hall and the local design agency Moon.

Correction (27 May): the history of the building and the name of its owner António Moutinho Cardoso were corrected