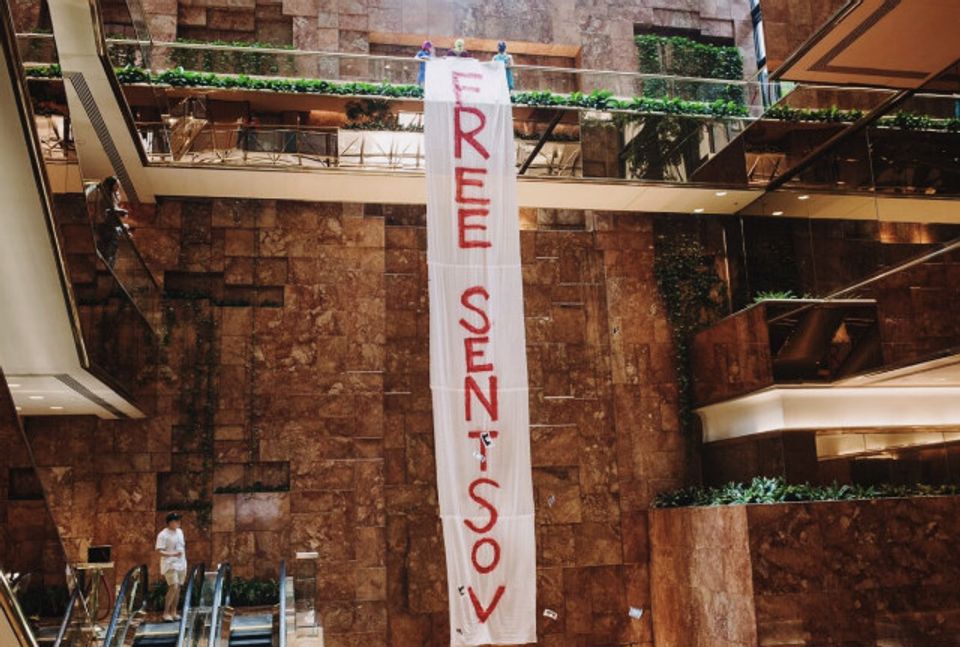 The Russian activist punk group Pussy Riot staged a protest in New York’s Trump Tower on Monday in support of the imprisoned Ukrainian film-maker Oleg Sentsov. Three members wearing balaclavas unfurled a banner reading “Free Sentsov” from a balcony, raining pamphlets into the lobby below. “Defending political prisoners is an issue that transcends borders. We are acting in solidarity against leaders like Putin, who has exercised authoritarian force and Trump, who is displaying authoritarian tendencies—because we all need to be fighting together on behalf of dissidents everywhere,” the group posted along with a video of the action on their Facebook page. “We, Pussy Riot, invite you to join our fabulous and bold path: ask questions of your politicians who shake hands with Putin in international forums, support advocacy, go out into the streets. And put on your own political, public actions too.” No one was arrested but police closed the building for half an hour after the protest, according to Pussy Riot member Maria Alyokhina, who is in New York performing in the play Burning Doors.