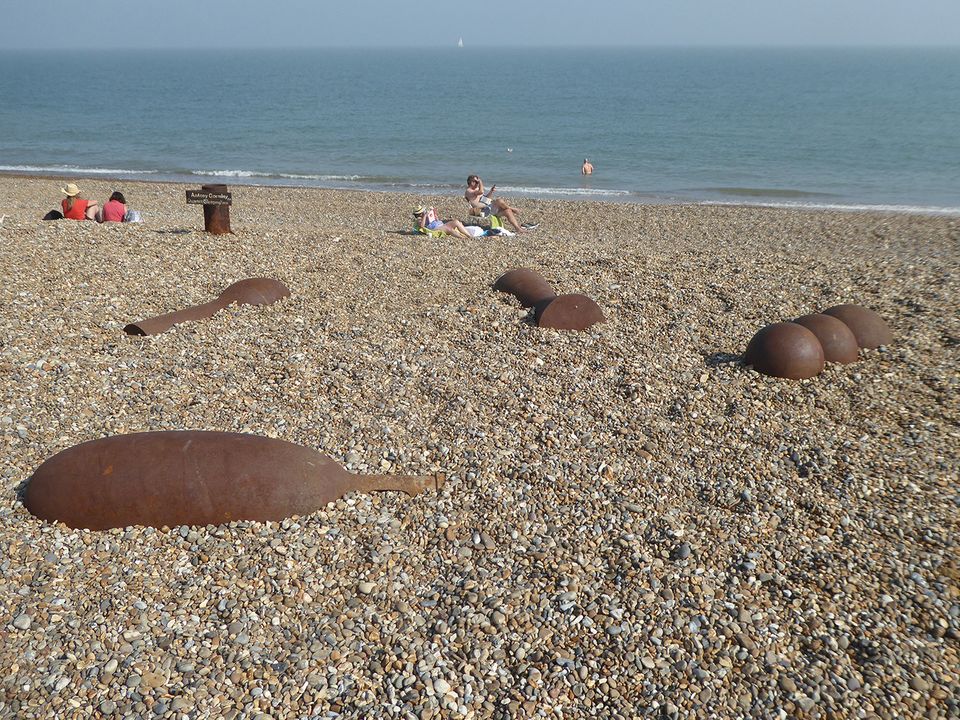 They were intended as a gift to the English seaside town of Aldeburgh and, if anything, meant to resemble "slumbering seals". But a quartet of cast iron sculptures created by the British sculptor Antony Gormley have violated local planning laws after the Suffolk-based collector Caroline Wiseman illegally installed them on a beach in October last year.

"We were contacted by the applicant after the installation had taken place and our Planning Team advised on the need to seek retrospective planning permission," an East Suffolk Council spokesperson tells The Art Newspaper.

A statement from East Coast Planning Services states that it believes Wiseman intended for the sculptures to be "a genuine art installation designed for the cultural benefit of the town" and that the situation was a genuine "misunderstanding".

But while Wiseman says the works are "beautiful" and "sympathetic to their environment", a number of local residents have taken to online forums to say that the works resemble—among other things—"a collection of sex toys" and "giant rabbit droppings".

East Coast Planning Services's statement also makes clear that the pieces are not up for sale and their fate will be "considered in due course".

Aldeburgh Beach is no stranger to controversial sculpture. Half a mile down the coast lies a work by the British artist Maggi Hambling, whose statue of women's rights activist Mary Wollstonecraft attracted a storm of critical comments when it was unveiled last year.