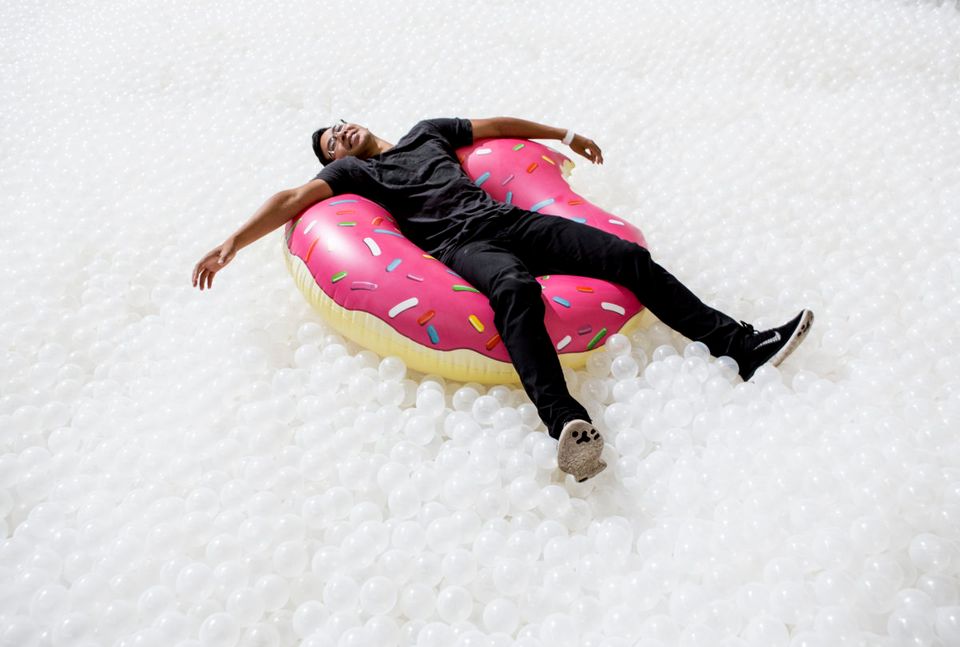 Just in time to break up the winter doldrums, the New York-based design team Snarkitecture’s interactive installation—and Instagrammer magnet—The Beach, has landed in Chicago, in the 18,000 sq. ft grand ballroom facing Lake Michigan at the east end of Navy Pier. Instead of views of an icy lake, shoeless visitors enter an all-white space containing rows of white sling chairs and umbrellas, leading to a huge, sloping-floor pit filled with a million translucent plastic balls, and are welcome to wade in. Making ephemeral environments eco-friendly is one of Snarkitecture’s mandates. “One of the ways we try to reduce the impact of a lot of our temporary installations is to use elements that can actually travel,” says Alex Mustonen, who co-leads the studio with Daniel Arsham and Benjamin Porto. For instance, the balls—coated with an anti-microbial film—are washed after each installation and packed for reuse. Mustonen said that when they first started to talking to the Expo Chicago organisers about the pop-up project, which runs until 3 February, Navy Pier was the first venue they considered. This was in part because it is the site of the annual art fair and is known among people who love art and design, but it also attracts a wider public.